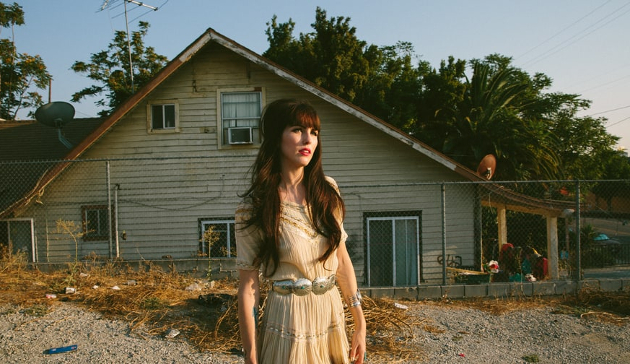 For many of the best practitioners of country music, they don’t choose to pursue country music as a profession, country music chooses them. It becomes a necessity of their circumstances bred from hardship, bad decisions, a misspent youth, or other situations where the burdens of life grow so heavy, the only way to alleviate the load is to put those personal histories and bad experiences into song.

Historically, country music was one of the few ways the poor man could escape bondage. We saw this with Merle Haggard and David Allan Coe, who were products of the penal system before they were truly men. We saw this with Johnny Cash and Willie Nelson who grew up during The Depression in extremely poor circumstances. Country music itself came from the struggle of the common people, like the hard, untilled, thirsty earth and the souls it unmercifully swallowed up during the most perilous of times crying out for mercy itself. The true roots of country music trace back to the death, fear, and judgement that surrounded the people of rural America, and the love and redemption called upon to shield those left living from the horrors of daily life.

Today such back-breaking hardships are often non-existent or self-imposed, embellished and romanticized by their bearers in an effort to instill themselves with more cred in the country music community. What many people and families hide as blemishes from the rest of the world become seductive promotional copy for “Outlaw” country artists in a business that craves authenticity, even if it rubs up against criminality. Perhaps you spray painted the side of a building at 17, or got slapped with a DUI, or were subject to a misdemeanor pot bust. They may point to prison albums as inspirations, but rarely have they set foot behind those iron bars for long enough to feel the same pain as many of the people being sung to. 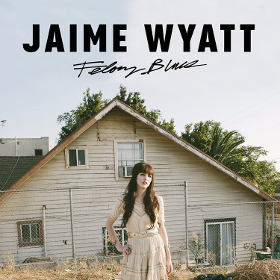 Jaime Wyatt’s story is not so innocent. At 17-years-old she signed a record deal—perhaps an opportunity at privilege. But after that deal went under, and a second one after that, she turned to drugs, and eventually to crime, ultimately being convicted of a felony in California and sent to prison for robbing her drug dealer.

After paying her debt to society, Jaime fell in love with the music of Johnny Cash and Merle Haggard for obvious reasons, but it was her inability to get a decent job or ahead in life due to her felony conviction the was at the heart of her perusing country music as a career. No different from many of the country legends who inspire her music, Jaime Wyatt did not come to country music by choice. It was out of the necessity of her circumstances that country music found her.

With stories spun directly from Jaime Wyatt’s stained history, Felony Blues has the right style, as well as the real world-authenticity that true country music needs to not just send your toes tapping, but to stick to your bones as the real testaments of a life-worn soul.

Exquisitely produced and recorded with an excellent crew of musicians that includes Ted Russell Kamp, Gabe Wincher of The Punch Brothers, and fellow California country artist Sam Outlaw on the duet “Your Loving Saves Me,” the autobiographical, 7-song record is striking in how full and real it sounds, especially when held in contrast to the rather extended era of uninspiring output we find ourselves amidst in independent roots and country music. Though the album was made on a meager budget, no expense was spared if the song called for it, including steel guitar and backup singers, giving this otherwise West Coast country project plenty of Southern textures.

“Wasco” and “Stone Hotel” speak to Wyatt’s prison experience specifically, but in the short expiration of this record, Jaime covers a lot of ground, including a love story with Sam Outlaw, a sweet and quiet moment of reflection with “Giving Back The Best of Me,” and the inspiring “Wishing Well.” Don’t just hard tack, heart pounding Outlaw country here, Felony Blues is diverse, even sensible in moments while remaining solidly country throughout. It’s capped off by a cover of Merle Haggard’s “Misery and Gin” suggested to Jaime by the original songwriter, John Durrill.

2017 is still young, but the effort expended by Jaime Wyatt on Felony Blues is impressive enough to be considered the best in the country realm so far.