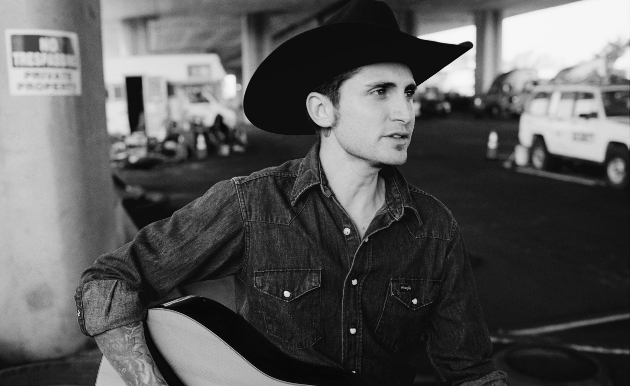 For so many artists and fans, country music is their compass in life. It conveys a sense of home and comfort like nothing else can. No matter how crazy the world gets, no matter how far one strays from their roots—musically or otherwise—country music is always there to welcome them back with open arms, and envelop them in a sense of familiarity that other things just can’t provide. It’s real country music’s unwillingness to change at the same rapid pace of an ever-changing world, and its presence in the houses of grandparents and hometown squares of everyday America which imbues it with its enriching and warm quality.

More so than ever, it is easy for one to get sidetracked in their life with the chemical temptations lurking around every corner, or distracted by technology permeating daily life. Often the important audience one keeps with one’s self goes silent, and outside voices become the most influential sounds inside the mind and soul. Like so many, this is what happened with Santa Cruz, California-based punk rocker, convict, and drug addict turned country crooner Jesse Daniel. A tattered upbringing in a broken home located in a small California mountain town left him looking for ways to express his anger and numb his pain in ways he felt country music just couldn’t provide. So he fell into playing drums in ragtag punk bands, and spending days chasing down hard drugs.

“I felt like there was a group of people who understood what I carried around on my shoulders… and they were just as pissed as I was,” Jesse Daniel says. “I became a garbage can. Any drug I could get, I’d take, until I found heroin. After that it was a wrap, that’s all I wanted to do. I started getting arrested and missing shows, to the point where I sold my drums just not to get sick. I traded everything for nothing.” 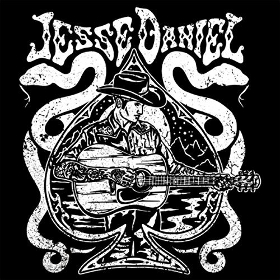 But when it was time to either clean up, get straight, or die, country music is what created the pathway for Jesse Daniel to find himself again and his proper place in the world, just like it has done for so many who have gone astray, and sought out the music as a guidepost to help return them to equilibrium, and a sense of self that country music conveys.

Already a seasoned drummer, Jesse Daniel bought a $50 guitar at a pawn shop, and as part of his efforts at sobriety and walking the straight and narrow, he started delving deep into country music of the style he used to hear when growing up—the style of country music that hasn’t changed much in the last 60 years. With a life’s worth of heartaches and hard experiences to use as story fodder and inspiration, he set out to write and record this self-titled album. It is self-released, and performed mostly by Jesse himself, including much of the drum and guitar work.

Rambunctious, edgy, greasy and gritty in a good way, Jesse Daniel brings a lot of wild-eyed exuberance to a traditional country sound mixed with just enough of an old school rockabilly edge and true-to-life lyrics to keep it youthful and interesting. This record is home spun for sure, meaning the recordings and Jesse’s songwriting aren’t ready to call slick or polished just yet, but the album does capture Jesse streaking out of the gates, and doing something much more entertaining and compelling than those aiming for audio perfection.

There isn’t much hidden between the lines on this debut record. With songs like “Soft Spot (For The Hard Stuff),” “Hell Bent,” and “SR-22 Blues,” Jesse takes his experiences and hard scratches them right into the grooves of the melodies. But beyond the lyrics, the album is full of ultra-twangy telecaster, and bouts of steel guitar and piano that get the juices of traditional country fans flowing. And even though this is no high production project, Jesse procures whatever his songs call for, like the saxophone in the old school, Jerry Lee Lewis-style “Gracie Henrietta.”

The recordings and songwriting could have used a little bit more time in the oven here and there perhaps, but this self-titled debut is definitely an auspicious start for Jesse Daniel, and one hell of a good time. Along with entertaining us gawkers who love to hear about harrowing sides of life harder than our own, hopefully it puts Jesse on sure footing and the path to life’s truest riches, which is finding one’s self and embracing one’s true identity.

Country isn’t just music. It can be a hand up, and a way home. It most certainly was for Jesse Daniel.