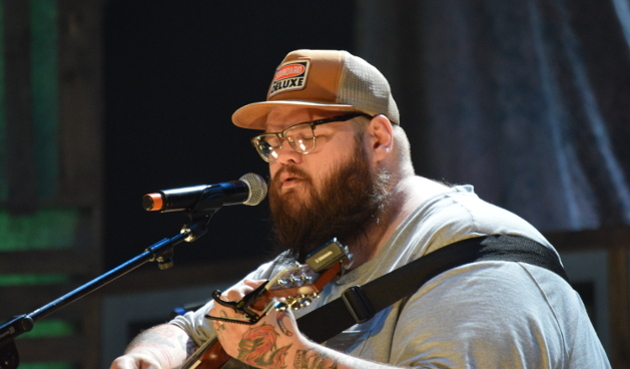 I don’t care for the name of this album. It’s like a bad tattoo, or a piece of grimey graffiti on an otherwise perfectly good wall on the upper crust side of town done by some dumbass white kid who thinks he’s a gang banger. Even after listening to the record, the title feels like an inside joke or something. And while we’re raising gripes, the cover of Big Bad Luv isn’t the greatest either. These Oklahoma boys love to pick the most random things for their artwork, don’t they? I still haven’t forgiven the Turnpike Troubadours for their Goodbye Normal Street cover. But what are you going to do.

Otherwise, give a pat on the back to John Moreland for releasing the best record of his career—and a record you could could call a “career record”—and the best songwriting effort you will hear probably in this calendar year, and possibly in prior and successive years as well. Maybe even longer.

Musical artists always want to be considered as evolving, unless they turn into a Greatest Hits machine because that’s where the money is. A lot of times though, it’s in this evolutionary process where artists can lose their way. As they “evolve,” they move away from what makes them great. It’s change for change’s sake as opposed to true progress. They put horns in their music, or excessive production, or dabble with genre influences outside of their comfort zones, often to the detriment of the original appeal of the music or even the artist’s authenticity.

But the greatest artists don’t evolve through their music, their music evolves through them. Their songs are a shadow of themselves, or a parallel line with their personal lives. Life takes them in a certain direction, and the music follows.

John Moreland has built his career heretofore on being the sad, overweight, overwrought songwriter with tears in his voice that hoity toity Americana types can glam onto as the modern day testament to sorrow in music. No, you can never be accused of falling prey to image, marketing, or polish as a John Moreland fan. There he sits, all by his lonesome at center stage, in the largest shirt manufactured in the world and a scraggly unkempt beard, singing about heartbreak that is so easy to marry to what you perceive his true life to be. If the songs weren’t so damn good, and Moreland wasn’t so obviously unpretentious, some might mistake it as some sort version of theatrical performance art as opposed to a musical presentation. 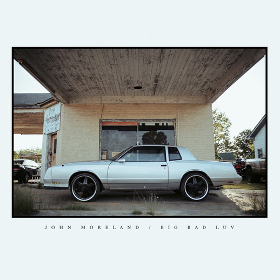 But John Moreland is evolving, and evolving away from what he’s been known for. He’s now married, and happy, at least for the most part. So what will this do to all of the parenthetical caveats to his sad bastard music?

All these poetic notions about how artists need to suffer and be depressed to make meaningful music by dragging themselves through drug addiction and shitty relationships just to wrench the muse out of their cold and downtrodden hearts … that’s all bullshit. Maybe this is true for a certain minority, but the best artists bleed creative expression that flows out of them regardless of mood or situation, and if anything, is benefited by clarity of mind and stability of surroundings.

Townes Van Zandt and these other guys, they made great music in spite of their personal troubles, not because of them. Look at the careers of Jason Isbell, Sturgill Simpson, Justin Townes Earle and so many more. It all started in earnest for them after the sad story came to an end. And so should it for John Moreland.

Moreland has always been the apex predator in the songwriting department since he began releasing albums, even preceding Jason Isbell for those who put the effort out to seek Moreland out and listen. But the production of his records has always left a little to be desired. It’s hard for an artist who is used to performing solo to sit in a studio and know what to do with additional musicians, and this came through in the recording process. Don’t mistake this as a desire for Moreland to have a “produced” sound. That would suffocate his music faster than anything. But releasing music that is infectious, that honors groove, that finds a fetching melody is just another way to broaden the audience for John Moreland songs and enhance the experience, and shouldn’t been seen as somehow disrespecting or misunderstanding what’s at the heart of his appeal.

Big Bad Luv is exactly the type of album that John Moreland needed to make, where his songcraft suffers none, but is bolstered by the virtue of a more compositional approach to the music itself. And this is the only place he could improve or “evolve,” because the songwriting was already at the pinnacle. There is almost nothing artistically speaking to the jangly guitar solo at the end of the song “Amen, So Be It,” but it builds tension in the melody and lyric that makes the listening experience not just resonate in the mind and heart, but in the limbs and loins. The little offbeat tones in “Love Is Not An Answer” that sound like someone blowing through a straw or something, this is what reinforces the tempo and pentameter of the song, and makes you want to listen over and over.

One of the problems with stellar songwriting is that just like a joke, it’s never going to hit you harder than the first time you hear it, unless there’s something to unravel. But a groove is longer lasting, and can even grow over time. And then when John Moreland strips the music back, like he does in “No Glory in Regret,” the moment is rendered that much more special because it’s isolated to one song instead of the approach to an entire performance or album.

This album works like memories do. Salient, yet immersed in longing. Warm, but tinged with a little bit of pain. The song ends, but the message remains in your heart—and on this album, the melody and beat still frolicking in your toes, while presenting maybe even a more elevated songwriting effort from previous Moreland works, if that is even possible.

I’d feel like an idiot trying to sit here and describe the power of John Moreland’s words with whatever feeble and fleeting words I could compose myself. But except for the first song “Sallisaw Blues,” which feels a little superfluous, all the songs of this album deserve to be considered in the highest regard and listened to intently. I will say that a couple of the themes that come up and really hit home are about how we can mistake love for a disease when we find ourselves sideways with it, but that doesn’t mean we should ever give up on it, and that you should be careful in justifying your shortcomings as virtues just because you’re afraid you don’t have the strength to overcome them. Now those are so pretty evolutionary themes to behold.

One of the reasons some enjoyed John Moreland’s music was that it was so ugly and depressing there was no worry about it ever getting popular, and ruining the exclusivity of the experience. Well tough shit. Miranda Lambert’s a fan, and if there is any justice in the world, so will many more from the mighty effort expended by Moreland on Big Bad Luv.