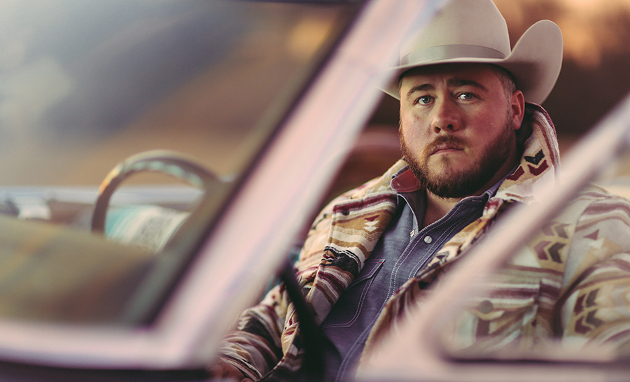 The State of Texas and its independent music scene is so big that you can break down the separate influences and styles to certain regions if you’re so interested. From Oklahoma and central Texas you have many of your pure songwriters. Flatland performers out of Lubbock love to mix a little more rock in their style, yet still focus earnestly on songwriting. In north Texas it’s more an alt-country sound with the Old 97’s and Quaker City Night Hawks.

In Houston and surrounding areas, it’s all a bit more straight laced and traditional. The jeans and collars are starched. The duds are branded Wrangler western wear. You won’t see many baseball caps turned backwards. It’s wide brimmed cowboy hats with the same “team roper” cut on top of close cropped haircuts. It’s from this realm where acts like Cody Johnson, Kyle Park, and Josh Ward emanate, playing dance halls and honky tonks with a decidedly different flair than you’ll see in Austin or the prairies of West Texas. Josh Ward from just north of Houston is as good example as any of what makes the east Texas sound and style unique from the rest of the state.

There’s no mistaking Josh Ward as anything but country. We’re not talking about close approximations or the blending of styles in some way. When you think traditional country in the style of classic George Strait, this is Josh Ward. It’s steel guitar, it’s fiddle, it’s twangy lead guitar overlapping lyrics of heartache, sin, and redemption. If country music was a skills competition in keeping it between the lines and sticking the landing, Josh Ward would score a 10.0.

Josh Ward also embodies the music in more ways than one. Escaping a troubled adolescence, he worked the rodeos and oil fields of Texas while plotting a country music career. Just as much as the music itself, the fans from east Texas want to know their favorite artists are the real deal, and live what they sing about, and look the part like Josh Ward does. 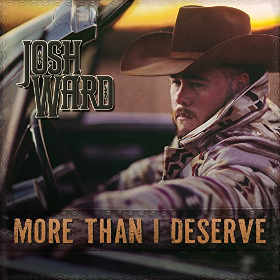 More Than I Deserve is a collection of 11 new songs recorded in the east Texas town of Tyler. Josh Ward wrote three of the album’s songs with Wyatt McCubbin, but like many hard-nosed traditional country artists of the past and present, songs from others make up the majority of the track list. This includes the album’s first regional radio single “All About Lovin'” that boasts Chris Stapleton as a co-writer. George Strait’s son Bubba makes a songwriting appearance on “Loving Right.” Songwriters Terry McBride and William Brice Long also factor quite heavily in the list of contributors.

With all that songwriting muscle, you would think Josh Ward’s More Than I Deserve would be a songwriting feast du jour, but that’s the one dimension where an otherwise solid traditional country record suffers. There isn’t a bad song on the album, but there aren’t any great ones either. Each song settles in the middle of the pack with well-worn themes and sometimes cliche turns. And aside from the last song and title track—which was one of the three Josh Ward co-penned—the songs lack a sense of personalization that a good song needs to resonate deeper with an audience.

Granted, fans of artists like Josh Ward aren’t looking for a lot of heady material. They’re looking for songs that are easy to get into and sing along with, and swing their troubles away on a Saturday night. In that application, More Than I Deserve delivers, and greater than some of its competition from more rock style country or Americana circles. Many of the more earnest songwriters from Austin or Oklahoma would bomb in front of crowds for Josh Ward and Cody Johnson, even though a performer like Josh Ward would still blow away most mainstream competition when it comes to substance and songwriting.

The reason many of the east Texas artists like Josh Ward have earned such dedicated fans is because they give crowds what they want, and don’t waver like you see artists in Americana often do under the pretense of creative exploration. Still, this is the age of the song, even for straight-laced traditional country artists. And if you’re going to resonate beyond your fan base, you have to write or find songs with a greater impact.

Josh Ward’s effort here is solid, quality, and most certainly country. If you’re looking for traditional country music that keeps it right down the middle, and if you’re wondering where the true sound of country music has gone, then you get everything you want with More Than I Deserve.

Purchase More Than I Deserve from Josh Ward

Purchase More Than I Deserve from Amazon