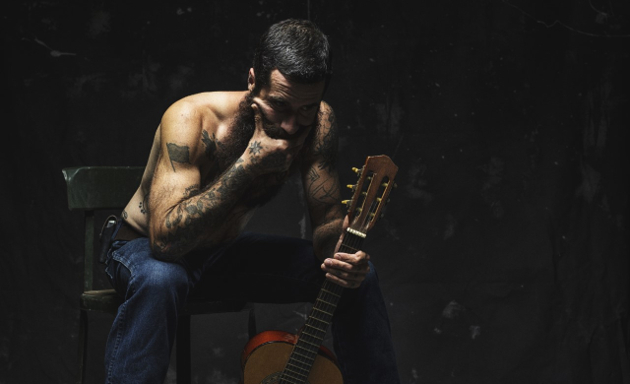 Enough trying to settle for the latest Eric Church record simply because it’s better than most of the stuff in the mainstream, or squinting at Luke Combs and trying to make him the second coming of Waylon. You’re in the mood for a honky tonk fix? Quit throwing darts at the Billboard charts for suggestions, and pick up the latest from JP Harris.

When attempting to navigate the crowded music realm in search for something compelling to listen to, there are a few tried and true maxims to help guide your way. Always favor songwriters from Oklahoma. Always pay extra attention to a front person from Kentucky. And if a guy looks like he’s hiding his chin in an unkempt hedgerow, hit play.

JP Harris may not be a regular running buddy of the Cody Jinks/Whitey Morgan/Ward Davis crowd, but his beard is just as burly, and his devotion to songwriting and the traditional honky tonk sound is just as true. He proves this once again on his latest record, Sometimes Dogs Bark At Nothing—his first record in four years, and his first work after a tumultuous period in his life which he delves into with biting honesty. 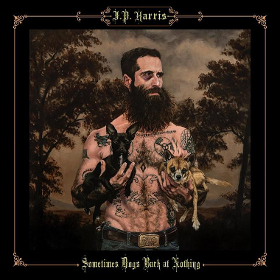 You get all the honky tonk fury you can handle here, with the opening song “JP’s Florida Blues” grabbing your attention right off the bat, the double threat twang of “Hard Road” getting your boot heel pounding the floor, and the part autobiography, part Jimmie Rodgers tribute “Jimmy’s Dead and Gone” turning the tired old country music trope of a train song on its head and bringing it back to life. “You’re goddamn right I wrote a song about a train!” JP snarls, while the tempo nearly flies off the rails.

As a former train jumper and true-to-life road dog, JP Harris doesn’t have to rehash Kerouac for inspiration, he just iterates his own foggy recollections. As a full-time carpenter that sings, writes, and performs between swinging a hammer, the songwriting of JP Harris is imbued with those true-to-life observations and authentic vernacular that the stuffy, professional songwriters hanging out in office cubicles can’t touch. This is the type of stuff the guys in fashion-ripped jeans are trying to emulate, but fail to.

Sometimes Dogs Bark At Nothing is a hell of a good time, but it’s the ballads and sentimental stuff that makes the record’s impact and listening enjoyment deep and enduring. A noted supporter of the women singers and songwriters in his east Nashville community, the song “Lady in the Spotlight” is timely and well-told. “When I Quit Drinking” and “I Drink Alone” are able to put a new spin on the old drinking song. And when Harris delves into the reasons and remorse of a failed relationship, this record gets downright weepy.

Though funny as the title may be, the title track reveals a lot of quality self-reflection and wisdom from JP, and “Miss Jeanne-Marie” is a barreling over gut punch. There’s not enough admitting of one’s own mistakes in the self-affirming bluster of most modern country. JP Harris makes up for that and more on Sometimes Dogs Bark At Nothing.

This record also had a notable studio crew, including producer Morgan Jahnig of Old Crow Medicine Show, Chance McCoy of Old Crow on guitar and fiddle, Leroy Powell of the .357’s and Whiskey Wolves of the West, and Kristina Murray and The Watson Twins on backing vocals. On previous records, JP Harris has attributed the “Tough Choices” as a backing band, which he omitted on this work. But the players remain a strong asset to this record, including Mark Sloan and Kellen Wenrich (aka Kellen of Troy) who supplied some critical piano and keys parts that helped really texturize the album, and set it apart from the regular run of hard country records.

The mold of authenticity is tried on by everyone in country music, from the biggest superstars to the sad singer songwriters playing corner stages at local bars. But few embody what true country is all about like JP Harris.

Purcahse Sometimes Dogs Bark at Nothing from JP Harris

Purchase Sometimes Dogs Bark At Nothing from Amazon