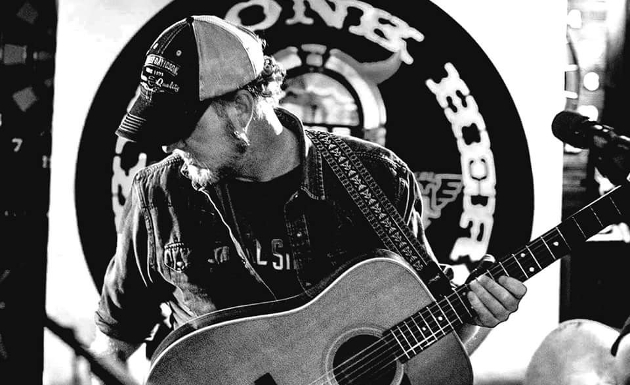 Few sects of people have suffered through being used as unwitting pawns in the struggles spanning the political divide more in the history of the United States than coal miners. As the lives of millions in the Appalachian region see-saw back and forth on the whims of politicians, those same people of power love nothing more than to espouse how they have the best interest of coal miners in mind as the consummate little guy, and can’t wait to show how much their hearts bleed for their plight.

Yet for generations, coal country has remained the region most regularly shat on as it sits very directly affected by decisions made by men and women who are not from there, and who wield power from many miles away—power that often directly results in the people of the region either scraping by on a penance from a government dole, or finding a modicum of prosperity and pride via fair wages and ample work, at least for a short period. Everybody cares about the lowly coal miner, because it is politically expedient. But few are willing to face the harsh realities and convoluted nature of the issues gripping coal country.

Maybe it’s complete coincidence that as the coal regions of West Virginia and Kentucky have become decimated like never before due to the reduction of the industry, the names and faces rising up in the ranks of country artists and doing it via their own boots straps are those who are direct descendants of people who made a living being hoisted down in the mines—names such as Chris Stapleton, Sturgill Simpson, and other upstarters like Kelsey Waldon and Tyler Childers. Or maybe it’s not a coincidence at all. Perhaps that experience in coal country is what gives rise to an indomitable spirit, a penchant to persevere despite insurmountable odds, and to never take shit from anybody, especially when faced with losing connection with one’s self in the pursuit of art.

You’re not going to see Nellis, West Virginia-native Justin Dean Payne up for any Grammy Awards anytime soon, or making international reverberations by dueting with Justin Timberlake on the CMA’s. But what you will get from him is the type of earnest songwriting and brute honesty that is the mark of music emanating out of the coal region in 2017, and in a way that’s so native and so true, you won’t need a guide map or to suspend disbelief to feel the true life sentiments coming from his heart and soul to your ears. 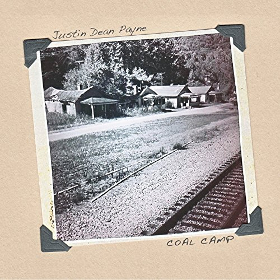 First emerging under the abbreviated name Justin Payne in 2014 with the low-fi, no budget album called No Place Lower Than High recorded in a 100-year-old coal camp house and released on BandCamp, Payne sounded like the second coming of Waylon Jennings, only inspired by the coal dust of West Virginia as opposed to the cotton fields of the West Texas plains. At times Justin sounded more like Waylon Jennings than Waylon Jennings himself, yet his words were cut more in the spirit of the purest songwriters like Guy Clark and Townes Van Zandt. These weren’t songs for the masses, they were poetry set to music.

Not caring whether his music earns him any notoriety or financial gain is what gives an artist like Justin Dean Payne the power and latitude to explore the inner depths of his own soul like the deepest regions of a coal vein until a mother lode of the purest, most lucrative strains of human expression are discovered, and unearthed for the world’s benefit.

These aren’t the bleeding heart moans of a privileged intellectual looking to earn brownie points with the poor by interpreting their plight through mimicked characters composed via research on the internet, or resuscitations of some hipster looking to revitalize some by-gone style because it’s retro cool in their gentrified community. As an honest to goodness coal miner in the infamous Boone County portion of West Virginia, the songs of Justin Dean Payne’s Coal Camp EP are the everyday itineraries of a true working man set to rhyme. He makes his money from the coal mine so he can music for the music itself.

Justin Payne talks about the importance of priority, and the allure to trying to make music for a living in arguably Coal Camp’s most poignant song, “Pieces of My Life.” But despite all of the hardships that come with the coal industry and life in coal country, Justin Payne still sees the priority as wife, family, and home, and wisely marks the music industry as being just as perilous as the mine shaft. At least in the mine, there’s the guarantee of a paycheck, and nobody asks you to be something you’re not.

Where Justin Payne’s first record was both constrained and made somewhat endearing by it’s home spun nature, this Coal Camp EP benefits from higher quality masters, yet retains sort of the sparse, minimalist effort that allows the songwriting to be pushed to the forefront. Unfortunately you won’t hear any of that cool Waylon vibe on this EP, but you will witness the emergence of a style original to Justin Payne. Coal Camp also isn’t restricted by the time limitations of most EP’s since its thematic nature gives it a cohesiveness, and extending that theme may have risked diluting the potency of the project.

The story of coal in America may be more in the past than in the future, and possibly for fair reasons as technology offers alternatives that treat both humans and their homes with higher regard. But it’s an embarrassment how the hardships of the coal region are often cited for political gain, while the growing concerns of the region remain unresolved. At least it has resulted in some meaningful music, from the very formations of the country music genre in the early settlement of the Appalachia region, to some of the most important songwriters and performers of today. The story of coal and country music are intertwined, yet they may have never been more intimately conjoined as they are in the music of Justin Dean Payne.