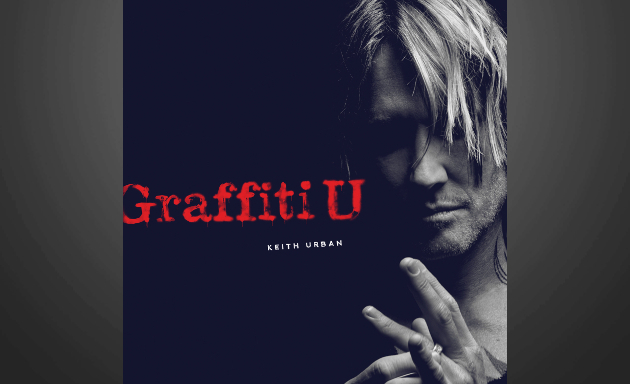 If you’re 17-years-old, can’t wait to get out from under the repressive regime of your parents house, and generally hate country music, Keith Urban’s new album Graffiti U is right for you. Only by the grace of Walker Hayes and the scourge of his music still infecting the populous like a puss-inducing venereal outbreak can we stop short of declaring Graffiti U the worst “country” music album ever unleashed for human consumption since historical stats of such kind were first ascribed.

Holy shit this album’s bad. It’s almost as if in a calculating and maniacal obsession, Keith Urban and his legion of SIXTEEN producers set out on a purposeful mission to make the worst country album they could. You don’t just swerve into achieving this level of cultural depravity and creative suckitude accidentally. After listening to Graffiti U, it would take strong convincing that Keith Urban isn’t outright trolling true country fans, from the disturbed use of Merle Haggard’s “Mama Tried” guitar riff in Urban’s opening track “Coming Home,” to ripping off the sainted Don Williams’ “Tulsa Time” with a track called “Texas Time,” all the way to the confusing hip-hop mush mouth blather at the end of the album’s idiotic hidden track.

Keith Urban’s last record Ripcord was declared the most non-country “country” album in history by Saving Country Music. At this point, it’s not even fair to declare Keith Urban country at all. Instead, what Graffiti U symbolizes is the first ever true monogenre album. It grabs for anything and everything it can for mass appeal and throws it in the hopper, sometimes with individual songs sliding in and out of styles three or four times, sometimes even mid verse. The sheer dexterity it displays in this pursuit would be commendable itself if it weren’t so confusing and busy, with no respect for space, while refusing to deliver anything even resembling a cohesive style. If anything disqualifies Graffiti U as the first honest to goodness monogenre record, it would be there’s not enough country in it to count that as an integrated influence.

We talk about certain mainstream country artists growing old with their music, like we’ve seen with Tim McGraw, and even Blake Shelton recently. This decision doesn’t have to be at the expense of commercial aptitude as some in the music industry love to portray. Often, the approach results in a second wind or a career rebirth. But with Keith Urban, he’s doing an about face from his biological clock. Starting with the stupid cover where he’s trying to portray some angsty 20-something club rat ripped on designer drugs, you can tell that Keith who recently turned 50 is far from ready to embrace the onset of maturing adulthood. He’s fighting it tooth and nail.

Urban’s obsequious obsession with youth on Graffiti U at times veers from the outright deranged to the borderline predatory. You first assume the stupid ‘U’ in the title is some bid for urbanized hipness, but it more aptly stands for “University” since this record directly targets early 20-somethings. There’s a song on here called “Drop Top” featuring Kassi Ashton who is quite literally half of Keith Urban’s age, which unfurls like a police report transcription of a date rape at Coachella. His song “Horses” with Lindsay Ell (whose nearly half Urban’s age as well) would actually be a decent song, but with lyrics like, “So just let your horses run, to the limit like never before, let’s be lost and young…“ it’s clear Keith Urban is outright delusional about how the circle of life works.

You’re 50-years-old Keith Urban. 50 YEARS OLD. Stop it! Embrace the aging process for crying out loud. Your 50s are a great era in life. Yet Graffiti U slavishly tries to keep Urban relevant to some ultra hip demo with things like a ridiculous pseudo beat-boxing collaboration with Shy Carter, “My Wave.” I’m blown away folks are letting Urban off the hook for emulating the rhythm and spirit of “Tulsa Time” by Don Williams in “Texas Time.” Listen Urban, we already have enough Texas Tech dropouts in backwards baseball caps singing odes to the Lone Star State as it is. This shitty attempt to add something resembling “country” to the Graffiti U track list is tasteless.

And you almost forget that Keith Urban started this whole Graffiti U album release cycle off by cutting and releasing the incredibly demeaning and opportunistic single “Female.” This album just keeps on giving when it comes to things to be insulted and appalled by. Women still can’t catch a break on country radio, but they give us Keith Urban braying about how beautiful and special women are in a mawkish song fit for a Scott Baio 80’s after school movie.

It’s not that Keith Urban is a no talent-having son-of-a-bitch. He proves in moments on Graffiti U he can still rip guitar, like on the song “Gemini,” and the final track “Steal Your Thunder”—if you like that John Mayer, Steve Vai style of twang-deprived super-rock wankoffedness. The guy can sing too, but who cares when he’s singing about subjects he has no business broaching, like girls in tight jeans at freaking Coachella.

Keith Urban needs to grow up. Sure, the baseline for his career was never incredibly country in the first place, but what we’re seeing here is an abomination of the country genre, and an embarrassment for Urban himself. You can’t tell me that when he was touring Australia with Slim Dusty in the mid 90’s, or taking “But For The Grace of God” to #1 in 2000, this was the future he envisioned for himself.