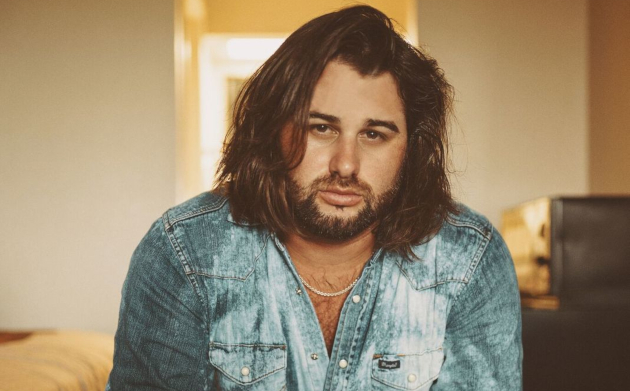 In the same way twang has disappeared from much of mainstream country, popular rock has become a wasteland for the raw abandon that made the format what it once was. Heavy metal is still around of course, but has basically gone underground, which leaves you with aging nostalgia acts struggling to stay upright to cash in on those $280-a-ticket stadium shows, and a bunch of castrated shoegaze nerdcore stuff generally compartmentalized to the snobby scenes of indie rock. Then here comes this poor-mannered dude from Texas named Koe Wetzel, unafraid to sing about snorting cocaine and screwing over women—something that sends both the politically correct and the pearl clutchers scurrying these days—and people don’t know what the hell to make of him. Screech, faint, sing along, or shoot his ass the bird, it doesn’t really matter at this point. When it comes to the 20-somethings in Texas and Red Dirt music, Koe Wetzel is king.

Everyone has a strong opinion about Koe, at least those that have heard about him, which few outside of Texas and Oklahoma have. He’s definitely not a country act. But as a principle headliner in the Texas music scene who sells out huge venues and is handling up on radio like a uninhibited coed, he can’t be avoided. Koe Wetzel is country adjacent whether you like it or not, finding his power over crowds in the classic rock ‘n’ roll way: every guy wants to be him, and every girl wants to screw him, titillating erogenous zones with growling power chords and songs about being a bad boy. And even more alarming, Koe Wetzel is very aware of the power he has over people. Like the hair metal bands of the 80’s, Wetzel almost takes pride in presenting himself as a jagoff, both in the stories of his songs, and in his online persona, bragging about sleeping with people’s wives, and posting pictures of his ball sack on Instagram (or at least, what he wanted you to think it was). Koe also takes time to show he’s not a monster. But generally speaking, he brings the brow of the room down a notch.

All of this has made Koe Wetzel virtually untouchable to the industry. His fan base and sales records are three to four times the size of many of the performers the media in Nashville love to dote on incessantly, but nobody will sign this guy, even though he’s a cash cow that could become like a license to print money if the frat boys and basic bitches east of the Mississippi and West of the Rockies get on board with him like Texas and the Breadbasket has. Koe doesn’t fit the profile of the modern day superstar—rescuing puppies, stopping by hospitals to pose with fans. This is sex, drugs, and rock ‘n’ roll baby. Koe’s third and latest album Harold Saul High was a long time coming. He first released a single called “Austin” way back in December of 2017, and promised a new album in the summer of 2018. But a year went by with no word, and it seems like only the recent leaking of the record online sent the wheels in motion to get it out, accompanied with virtually no press push, and the album still populating digitally in some places.

The whole thing is really kind of a mess, but what the shocked and appalled don’t get about Koe Wetzel and his crazed fans is the deceptively deep nature of his songs, which is also the secret ingredient to why he resonates so intensely with so many. Laugh Koe Wetzel off as a loudmouth who needs his chops busted, and who shows little to no respect for the traditions of Texas or country music, or the decent standards of the fine communities in the Heartland that he haunts in concert of Friday and Saturday nights. That’s not going to stop him doing it his way, with his songs, and with something that’s unique in not just Texas or the greater country realm, but in all of music at the moment. Clearly there’s an insatiable appetite for what Koe Wetzel does. His magnetism comes from the danger he exudes. But his magic comes from how he speaks to the lost, lonesome, and euphoric moments of early adulthood with an honesty that his listeners connect with on an entirely other level. The flaws and candidness of Koe is not what creates a barrier between him and the audience, it’s what makes him feel like he’s singing right to them, and it’s something nobody else is doing. 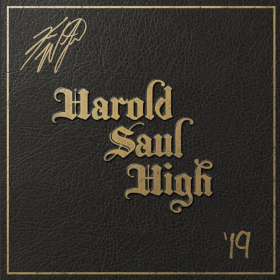 This assessment of Koe Wetzel is even more true in Harold Saul High. You can hold your nose high above the shallowness of a song like “Powerball,” where Koe blows off getting left by his girlfriend (who might also be pregnant) to take bong rips and play the lotto, or on “Make Believe,” where Koe first comes across as taking the nice guy approach to a girl in an abusive relationship, but then in a rage, almost seems to justify using her if she’ll let him. The album ends with a song called “Sancho,” which is a word that immigrated into Texas over the last 20 years from Mexicans who use it as a way to tease friends whenever they sneeze, saying it’s a premonition that someone is having sex with their wife. Koe Wetzel has no problem casting himself in that role as adulterer.

To forgive some of the behavior described in Koe Wetzel songs is to frankly be of questionable character, from the cocaine use in a glorified and not cautionary form, to the way he can portray relationships with women. But at the same time, Harold Saul High is underscored by this self-awareness in the shallowness of it all, and the sadness that the pervades the empty, meaningless life he often portrays. Laugh off the six-minute, 30-second song “Too High To Cry” as a vapid pool of avoidance of your true feelings, and you’re completely missing why Koe Wetzel is exploding like he is. And though everyone loves to focus on the controversy that lingers around Koe, many songs on Harold Saul High are just sincere love songs that happen to be well written. Compare him to the rock guys of country like Jason Aldean, or the misogynists like Mitchell “Bitches” Tenpenny, and again, you’re completely missing the point.

Koe’s first album, and even little parts of his second album had at least a few flavors of country music that made him more accessible to the twangers in Texas and Red Dirt, which is a scene that has always dabbled in a little bit of rock ‘n’ roll. If an act like Jason Boland symbolizes the strong country influence in Red Dirt, and someone like Stoney LaRue sits in the middle, Koe Wetzel would fall on the far side of the scale nearest to rock, sort of like Cross Canadian Ragweed did in their day, and who Wetzel pays tribute to on this record in his signature Wetzel way. The guitar of Harold Saul High is loud and aggressive, and there’s no twang to be found here, and only a few acoustic tones. Some of the melodies are so supple and infectious, and the riffs are so overwhelming—like on “Nothing Left To Say” and “One And Only”—it feels like you’re listening to late era grunge rock super hits you’d forgotten about. This is music rife for rocking arenas, and almost daunting in how infectious it comes across at times.

But Koe Wetzel is also his worst enemy. This rock ‘n’ roll persona is past its prime for a reason. Fellow Texas music performer Parker McCollum has found a way to connect with younger audiences like Koe has, but in a manner that feels more meaningful, thoughtful, and most importantly, sustainable. Koe Wetzel can’t be completely cast off as a guy just trying to drop panties with a guitar, but he also can’t compete with artists like Tyler Childers and Cody Jinks for crafting songs people can enjoy well after their high school and college years. In some respects, Koe Wetzel does graduate to a higher level of songwriting and meaningfulness on Harold Saul High. But in others, he refuses to evolve to the more involve feelings of adulthood. In moments the music also just feels like generic guitar rock, regardless of how adrenaline-inducing it may be on the first few listens, or in concert.

Those who blow off Koe Wetzel simply as shallow garbage for dude bros to play while they throw up in the floorboards of their F-150’s are missing the deeper message. But those dedicated Koe Wetzel fans praising his name to the rafters are also probably too swept up in the animal magnetism of it all to see the fair criticisms. There is no question though, Harold Saul High is an enthralling listen with powerful moments, and a record that will resonate so deeply in Texas and Oklahoma, the ripples will travel far beyond, and make him a performer that now the rest of America will have to pay attention to, like it or not.