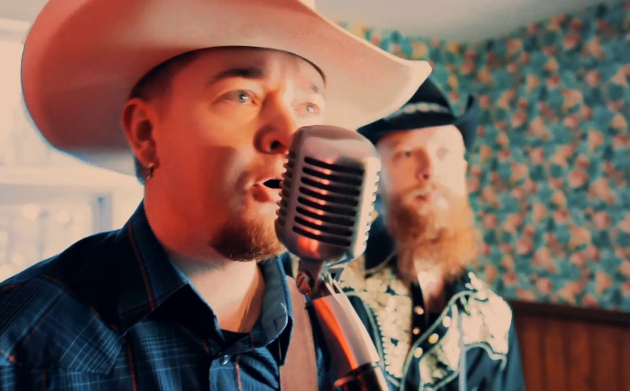 No matter age, gender, region of origin, country of origin, religion, social status, sexual preference, or anything else, everyone has the right to make country music if it’s something that dwells with passion in their heart. Authenticity is not just about who you are, or where you’re from. Sure these things are positive attributes in country music, if you were born and raised in the South or Texas, or did your time on a farm or ranch for example. But the true measure of authenticity is how true an artist is to themselves.

Often the ranks of traditional country artists are populated by people who feel like prisoners to their time, out-of-place in the modern context, or enslaved by their native geography. They just don’t seem to fit quite right in their world. But in the realm of country music, everything feels familiar. It’s astounding how far this country music passion can travel, and in the case of Larry Peninsula, it made its way to to Scandinavia, and Peninsula’s home country of Finland where he’s been obsessing over everything tied to traditional country music and the American West for many years.

Working tirelessly in his home studio for over three years, Peninsula has finally revealed his debut album Country Music Only. As the name implies, this is no close approximation of American country music. Sure, maybe the foreign accent finds its way through in some of the annunciations, and some use of idiom and language doesn’t translate exactly like it does in country music served in the genre’s native tongue. But what does shine through in stark brilliance is the passion for country music Peninsula and his players exhibit, the studious attention to detail and authentic modes they craft into these songs, and frankly just the overall appeal for the music, regardless of the country of origin. 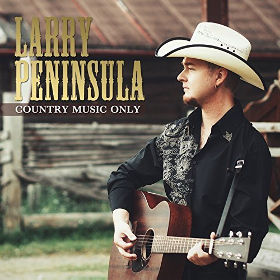 What you’re first astounded by when you cue up the opening title track is how incredibly tasteful the guitar tones come blazing out at you. With all due respect to the North American outfits out there blazing old school country, only a few select folks like Marty Stuart and “Cousin” Kenny Vaughan could match the skill displayed just in the first 20 seconds of the first song. Larry Peninsula went all out to make sure this record was respectful to the sounds and modes of country music from the start, and it doesn’t let up until the end. This is what Saving Country Music first heard months back, placing “Country Music Only” on the Top 25 Playlist when the song was first released.

Luckily though, this album’s riches don’t stop there. The second song “Just A Moment In Time” is probably the most contemporary track on the record, and may trip some traditionalists up with the first listen. But it’s also probably one of the best written songs on the record. There are a few songs that are very country, like “Country Music Only” and “Pretty Good Crowd,” but the songwriting is kind of pedestrian. But that is not the case with tracks like “Wastin’ Daylight,” which might be the best effort on the record, or “Cowboy Heart” where Larry Peninsula speaks very directly to being a foreigner stung by the country music bug.

Throughout this record, you get a sense of loneliness many traditional country music artists and their fans feel in the modern context. “Where The Rain Is Green” is about dreaming of a place where things make more sense than in the world you’re in, and almost hoping beyond hope to make contact with it. And Peninsula isn’t just inspired by the country, he’s also inspired by Western, which evidences itself in the songs “Dead Renegade” and “I’d Rather Die With My Boots On.” And not to leave his Finnish fans in the lurch, and in a bid to be true to himself, the album ends with him singing and playing a country song in his native language.

The musicians who performed on this record also deserve kudos, including Henry B. Jones on bass guitar, Ilkka Jolma on pedal steel guitar, and Heikki Honkanen on harmonica. But Larry Peninsula played all of the guitars and drums on the record himself, which is astounding since the guitar work is one of the principle assets of it.

It should be the desire of every country music fan to break down whatever barriers persist in people’s hearts and minds, and let the best and most talented artists rise to the top regardless of who they are, or where they’re from. In a just world, an artist like Larry Peninsula and an album like Country Music Only would be reaching everyone with a love of country music in their hearts. Sure, some stuff is lost in the translation. But what is astounding is what is accomplished despite the language barriers and borders separating Larry Peninsula from the origin spot of country music. His passion and guitar work blazes through, and his songwriting holds up in any language.