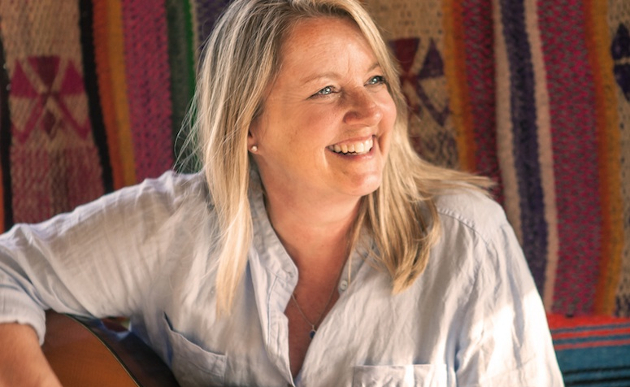 With the way it’s been going for critically-acclaimed Nashville songwriters releasing solo records lately, you can’t let one slip by without at least giving it a healthy sniff. Lori McKenna’s The Bird & The Rife was one of the consensus best in 2016 while her song “Humble and Kind” was winning every songwriting award out there and topping the charts. Natalie Hemby’s Puxico is a powerful testament to songcraft that will have many nominating it for top honors come end-of-year-list time in December. So it’s as good of a time as any for long-time and well-respected songwriter Liz Rose to get in on the action herself.

The fact that Liz Rose is still around and writing relevant songs is a testament to her resolve and the respect she commands from the industry. Say what you want about her output, whether it was co-writing all of those early Taylor Swift songs that helped launch Swift into the stratosphere of mega-stardom, or the controversy turned commercial smash of “Girl Crush,” Liz Rose has figured out how to do what 90% of her other professional songwriter peers couldn’t, which was simply survive.

The industry Liz Rose entered at 37-years-old and is now a veteran of, has been eviscerated due to dwindling revenues for songwriters due to streaming, and consolidation in the songwriting ranks where a few select “producers” and peach pickers abscond with the majority of song credits for Bro-Country material. But even in this harsh environment, Music Row values a Liz Rose song, and for good reason. It’s because they work. Even the worst of mainstream country’s acts want some good songs to brag about including on their album, even if fewer are hearing them in the streaming model. And Liz Rose is one of the few tried and true professional songwriters left to supply them, while also seemingly to have her name in the credits of those rare critically-acclaimed hits. 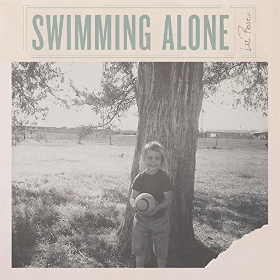 The difference between Liz Rose, and some of the other acclaimed songwriters who you regularly see in the liner notes of albums like Lori McKenna, Natalie Hemby, Hillary Lindsey, or Caitlin Smith, is that Liz Rose never really aspired to be a performer. She’s mostly a lyricist. And her career got started almost by accident when Gary Allan took her “Songs About Rain” to #12 in 2003. When she was paired with Taylor Swift at the beginning of Taylor’s career to take a 15-year-old’s songs and make them shine (and did so), her value in the industry skyrocketed, and so did her salary.

But even behind-the-scenes songwriters have something to say from their own perspective, and want to express themselves in ways they just can’t through other performers. Don’t think of Swimming Alone as a commercial release. Think of it as something Liz Rose made for herself and maybe a few close friends and family that you somehow got a copy of. It’s sweet, quirky, funny at times, delightfully dated, refreshingly honest, and just a simple joy to listen to. Think if your mom decided she was going to make a country record, but she actually could write songs, and had a few musicians buddies with a studio, and simply wanted to put her memories on tape. That’s the spirit of Swimming Alone.

What’s really great about Swimming Alone is it has this sort of 80’s, early 90’s simplicity and sweetness to it that is so critically missing from today’s country. It’s pure nostalgia. Liz sings about working in at the family-owned Five & Dime store, and sneaking away at 13. The songs on Swimming Alone aren’t just incredibly personal, they’re true-to-life autobiographical. You find out that Liz Rose was a bit of a wild child, but with a simple country heart and perspective on the world.

Though Liz Rose doesn’t consider herself a singer, she does a fine job performing her songs here. You’re surprised how sweet and confident her singing is for a non performer. Well-known session musician Mac McAnally produced the effort, and fellow songwriters Lori McKenna, Stephony Smith, Caitlyn Smith, Natalie Hemby, and Lisa Carver helped flesh Rose’s memories out on paper.

The point of Swimming Alone was never to write songs that may get “cut,” but you could see that fate befalling a song like the sultry “Ex-Husbands,” while songs like “Grocery Money,” “Yellow Room,” and “My Apology” are so personal, it’s hard to not sense the emotion in them.

This is not a record meant to be considered for awards or even wide public consumption. That’s what makes it kind of cool and unique. Whenever an artist is allowed to make a record just for themselves, this is usually when the result is something distinctive and noteworthy. Swimming Alone also works to enhance the listening experience for all Liz Rose songs by giving you a personal insight into her history, and the perspective she brings to the world.