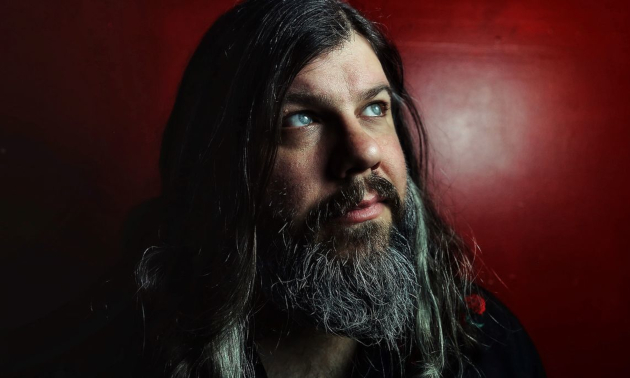 When on the search for roots music that pays off your time commitment with exponential poetic dividends by delving unrelentingly into the deepest emotional recesses of the human soul, that halfway space between country and Southern rock is often lucrative ground to excavate. This is where Jason Isbell has done his worst for some years now, wailing on your emotional receptors with words that tear at your heartstrings mercilessly. It’s where The Drive-By Truckers and Lucero have forged legacies that both country and rock fans can enjoy equally.

And though his name might not be as as recognized far and wide, Matt Woods gives no ground to those overlords of alt-country as both a wordsmith and musical provocateur, making believers of the men and women who’ve ventured out to local venues to see him over the years, or been clued into his impressive records released independently.

Once winning Saving Country Music’s Song of the Year for the 2013 composition “Deadman’s Blues,” Matt Woods is a road-tested and well-seasoned veteran of the songwriter’s club circuit. His scraggly beard may have sprouted silver streaks over the years from the weariness of incessant touring and the trying life of an independent musician, but his penetrating blue eyes still hold a steely resolve, and his songs still pulsate with passion for the sharing of stories. Whether armed solely with an acoustic guitar, or walking into a local club with his backing band that his latest album is named after, Matt Woods can devastate in the greatest way. 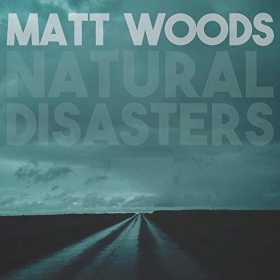 The Knoxville, TN native specializes in those songs about heartbreak in the Heartland, where broken dreams and bad decisions give way to audible desperation by those land locked in their home towns, or incarcerated from their unlawful decisions. Like BJ Barham of American Aquarium or Austin Lucas, Matt Woods is also willing to talk shop about the rigors of the music life in ways that are easy to empathize with and understand, even if it’s hard to relate to in the first person. Roads traversed and women left behind in the trials of the troubadour life make for a romantic backdrop for the music of Matt Woods, even if it’s been the cause of much heartache and tests of fortitude for the man himself.

Natural Disasters is quite a bit more on the up-tempo and agreeable side from its predecessors in the Matt Woods catalog, but in a good way. Leaning more in the rock direction will cause some to miss the steel guitar and such that has textured his music in the past, but the energy and attitude embedded in the ten tracks of Natural Disasters make it feel powerful and fresh, while the always spellbinding, smart, and true-to-life lyrics and passion-filled voice of Matt Woods still comprises the centerpiece of every song. Guitarist Weston Harris Hill, bass player Jeremy ‘JD’ Mackinder (formerly of Whitey Morgan and the 78’s), and PJ Schreiner comprise the “Natural Disasters,” and arguably for the first time in the Matt Woods saga, give the songwriter a definable sound that’s all his own, and one that sears its appeal in your brain, begging you to come back.

The sullen prognosis of “Drive-Thru Town,” the sweet, but heartbreaking love story behind “My Southern Heart,” the assessment of social upheaval in “Cold Civil War” all make their cases for inclusion right beside the other great Matt Woods songs of his canon. But tracks like “Hey, Heartbreaker,” and even “Jailbird Song” give this new record some more accessible and singalong moments that may open his efforts to the wider audience he deserves, despite the dour nature of the written material.

Matt Woods gives voice to those buried monsters within us all, and to those characters who struggle to keep them buried. But there’s also an underpinned positivity to his music, showing gratefulness for those little gifts that love and life still bestow even among some of the most brokedown of circumstances, like in the final song on the record, “Corner of the World.” Fun to listen to, but fulfilling to behold, Natural Disasters gives a good entry point to anyone wanting to get into the Matt Woods catalog, while comprising perhaps his most well-rounded effort yet.