Album Review – Miranda Lambert’s “The Weight of These Wings” 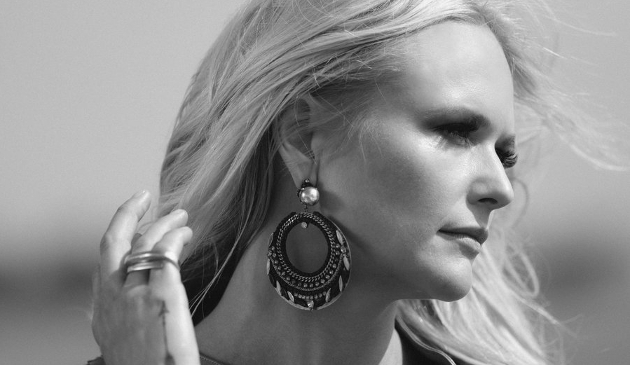 There, I said his name, which apparently is a prerequisite for members of the media who choose to broach the subject of Miranda Lambert’s new record. And now that I’ve said it, hopefully we can move on to other more important names like Waylon Payne, Brent Cobb, Adam Hood, Jack Ingram, Ashley Monroe, and Anderson East—all of which contributed songwriting efforts to this record. We can talk about “2” and “24”—the amount of discs and songs this expansive release includes. We can talk about how rare it is for a top tier country music artist to release a double record in the modern era, and to include such non-mainstream contributors. And we can talk about how if nothing else, Miranda Lambert has wrestled back the attention of the mainstream country consciousness with her ambitious and forward-thinking project.

Whether one may ultimately settle upon The Weight of These Wings with a more positive or negative take, what is next to indisputable is that it is a significant release. And to explain it as such, a bit of history is needed. Miranda Lambert did not show up to Nashville like most artists—so hungry for a deal they sign their life away. She has always had a level of freedom that most mainstream artists can only strive for. That’s how she was able to run off with her sisters in crime, The Pistol Annies, without her label pitching a bitch. And that’s how she was able to put a release like The Weight of These Wings together. And now that she owns her own publishing company in Vanner Records, her artistic freedom is even more secured.

The question surrounding Miranda Lambert has always been what she chooses to do with that artistic freedom. She’s always cut songs from artists outside the Music City beltway, including John Prine, Gillian Welch, Patty Griffin, and even Fred Eaglesmith. But as her career has continued, we’ve seen Miranda Lambert collaborating more and more with the Nashville songwriting jet set, and some of her songs and singles have eaten away at her reputation as a mainstream renegade. With the breakthrough success of 2009’s Revolution, all of a sudden Miranda Lambert was a franchise, and though she may have never been obligated, feeling the pressure of remaining at the top had her shifting her sound into more safe and calculated territory. 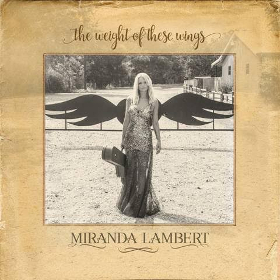 Not much about The Weight of These Wings is safe though. One of those independent songwriters Miranda chose to champion a few projects ago was named Chris Stapleton. His song “Nobody’s Fool” made it onto Lambert’s 2011’s album Four The Record, and when Chris Stapleton was having his mammoth night at the 2015 CMA Awards, Miranda was one of the few who could say she was ahead of the curve instead of jumping on the bandwagon. There was a reason she decided to don a Chris Stapleton T-shirt half way through the presentation.

And don’t think that T-shirt decision was just symbolic. The success of Chris Stapleton and Traveller is baked into The Weight of These Wings in ways that are so significant they probably deserve their own separate thread. That leads us to another precursor to this album, that being the debut effort by Lee Ann Womack’s daughter, Aubrie Sellers. Why would that be significant? Because Lee Ann Womack is married to Frank Liddell, which among many other hats he wears, he’s Miranda Lambert’s primary producer. Aubrie Sellers’ New City Blues is where we first saw Frank Liddell studying the effect of east Nashville and production maestro Dave Cobb on popular music, and implementing it into his own projects.

Some may think, “Well hell, this is a good thing. The mainstream is finally starting to get clued into the coolness and authenticity of Americana.” And generally, this is true. But it also comes with a price. One quibble some have had with the production style of Dave Cobb and others recently is that it’s too boomy, echo-laden, and grainy in an attempt to instill the recording with a vintage feel. In an era where technology allows us to produce some of the cleanest audio recordings in history, in and around the studios of east Nashville, some artists are purposely making records that sound like shit, because that’s the way the records of all their old heroes sounded, or so they surmise. In truth they’re instilling their recordings with all the hiss and static, but are missing the presence.

We heard this on Aubrie Sellers’ New City Blues, and we hear it on many of the tracks of The Weight of These Wings. This is an issue Saving Country Music has spoken up against for years now. In 20 years, listeners are going to be combing back through the best records of this era and asking why everyone felt the need to purposely make them sound bad. The Weight of These Wings is just the latest culprit.

That doesn’t mean all 24 tracks sound filmy. But a lot of them do, and the Chris Stapleton/Dave Cobb influences don’t stop there. You can tell many of these tracks were recorded live, or are at least made to sound as such, for better or worse. On a couple of tracks, the studio banter at the beginning or end is left on the master to hopefully convey the organic nature of the recordings. That doesn’t mean these songs were truly recorded organically, but there does seem to be an additional effort to make this record sound organic.

Most listeners won’t be able to pinpoint what exactly they don’t like about certain songs. They’re not aficionados of recording technique, nor should they be expected to be. Perhaps it just sounds like the backing music to a Gap commercial to them—boomy and echoey, with an inability to tell the specific music elements apart, like the music is coming at you as one big blob. Others, who may be equally ignorant as why, may listen to this record and find it to be the first Miranda Lambert effort they can actually connect with. Miranda Lambert and Frank Liddel wanted The Weight of These Wings to have street cred, and it probably will for some listeners.

Production ultimately is a sidebar though, and it’s the songs, and the singing that should take center stage. Some would argue that it doesn’t on this record—that the production gets in the way, and asserts itself as the centerpiece. But without spilling any more ink on the subject, it’s the songs of The Weight of These Wings that will eventually either hold up, or falter in the face of time. This is not a concept record, and even though the two discs have separate titles, it’s probably safe to say that the song selection was picked more for the flow of the records rather than for thematic continuity, though there may be some exceptions.

It may sound like a backhanded compliment, but one of the best attributes about The Weight of These Wings is there’s no significant missteps in the songs. There’s no “Somethin’ Bad” or “Little Red Wagon,” which even if you like those songs, you can’t help recognize they were polarizing for others. This album offers one strong effort after another. Even some of the more lighthearted and fun material, like “Pink Sunglasses”—which feels like this album’s reincarnation of “Fine Tune” from Four The Record—finds Miranda Lambert roiling in her id in a way that is fetching and fitting for her. 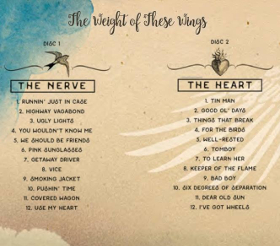 Songs that really jump out are the sedated “Pushin’ Time,” which you can’t help but feel is very personal to Miranda as she rounds the 30-plus pole and still hasn’t put together a proper family. There does seem to be an overarching theme to The Weight of These Wings, even if not every song resides within it. Where Miranda Lambert started her career by singing about being a badass and taking no shit from everyone, now she’s singing about how her inability to control her emotions and vices has put her a bit behind the clock, and pensively regarding her prior decisions as potentially a little too reckless. She’s on the precipice of spinsterism, and now is facing down the wisdom that freedom comes with its own costs.

“Things That Break” early in the second record tackles this theme head on, and is another standout on the track list. As is “Well-Rested,” though I may be showing my stripes as a country traditionalist, seeing how this song and “Pushin’ Time” are two that feature the steel guitar most readily. And just in case you’re worried that this record may get too heady, there are still plenty of the songs with a feline attitude that have become Miranda Lambert’s signature, and are perfect shopping music when you’re spying bedazzled belts at her Pink Pistol boutique. These songs just may not sound like the clear, crisp mainstream singles you may be used to.

Yet despite the volume of songs and the notable songwriters contributing to this project, many of the selections on The Weight of These Wings just begin to blend together, which may go back to the concerns for the production. There’s just not a whole lot of songs that grab you by the collar and demand your attention. And though it may sound a bit nit-picky, the references to cigarettes get stale by the second half of the second record. Though I’m not member of the American Cancer Society and find no fault with folks who enjoy an occasional Camel Joe, cigarette references tied to sinful behavior is a trope that was getting worn out even before this record was released.

But you can’t help but not appreciate this effort. Invariably 24 song projects are going to have some filler, and The Weight of These Wings is no exception. And they’re going to have some good songs and some not so good songs. It’s also worth saying that there is a lot to dissect here, and this record has the potential of getting better with subsequent listens, especially as your mind pierces through the fog of the production on certain songs to latch onto the message or story. And as is true with all of Miranda Lambert’s records, there will be a greater resonance with female listeners because that’s who Miranda Lambert is most attempting to speak to, and that’s okay.

But most important to note, The Weight of These Wings is the symbolic entry of Miranda Lambert—the biggest female country star for the last six or so years—into the Americana/independent/east Nashville mindset, or perhaps an entire segment of the mainstream doing so with Miranda Lambert as the spearhead. This is why the success of Sturgill Simpson was so significant. This is why Chris Stapleton’s CMA Awards mattered. There is a shifting paradigm in country music, and Miranda Lambert is not going to be behind the curve, she’s going to pull the levers of change herself.

Purchase The Weight of These Wings