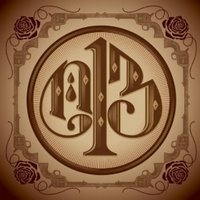 With Nick 13’s first self-titled release, the long-time frontman and principal member of psychobilly band Tiger Army hasn’t just stuck his foot in the door of country music, he’s kicked the door down. This is a good one folks!

The California native’s brand of country is hard, with a lot of Western influences mixed in to the instrumentation and lyrics, contrasted with his soft and delicate, but deliberate voice. At first listen, you might think you’ve stumbled into some adult contemporary with a country flavor from the vocal performance, but the lyrics and music reveal so much more, as the beauty and control illustrated in the vocals grows on you to become the music’s greatest asset.

This contrast between vocal tone and theme is illustrated best in the song “Carry My Body Down”, which captures with perfection the classic lonesome Western sound. The next song, a tribute to the West Coast’s famous coastal highway “101” is a bona fide hit. With an amazingly tasteful approach, using a walk down method in the chorus and building emphasis towards the end of the song when 13’s voice challenges his top range and shines the brightest, this is one of those songs independent country folks can point to as to why country radio is flawed at finding the best of what the genre has to offer, because it doesn’t get any better than this. 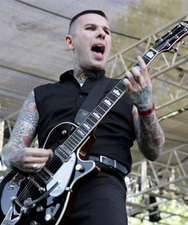 And speaking of Nick 13’s voice, the simple and sweet “In The Orchard” is when he creates an absolutely spellbinding vocal feat that really sells you on the notion of him being a premier, top shelf country singer. “All Alone” is a great neo-traditional number featuring the upright bass and a sparse arrangement. The project ends with its hardest composition, the Yoakam-esque “Gambler’s Life”, which again utilizes the lonesome, open Western sound, inspired by the West’s wild heritage an wide expanses.

The lyrical work on this album is nothing superlative, but throughout the album it is consistently solid and accessible. I’d say the same for the instrumentation, which is fleshed out with a very traditional taste. Everything from cover to cover is tastefully done. I find it hard to second guess any decision, arrangement, lyrical composition, performance, or song on this album. It is simply well put together throughout, patient and smart.

My one concern is that hard country folks not familiar with Tiger Army will have a gut reaction to hearing Nick 13’s voice for the first time. In this way, 13’s voice may be a liability in the country world, as well as his greatest asset. My suggestion would be to give his voice time, and appreciate that it will grow on you, and once it does, you will be afforded some of the best music that has been put out so far in 2011.

Favorite Tracks: 101, Gambler’s Life, All Alone, In The Orchard