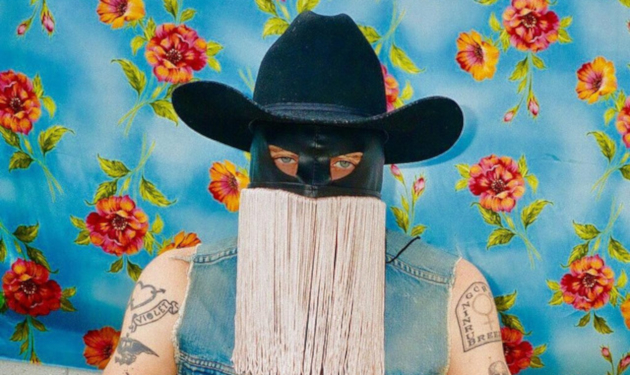 The allure of the man behind the mask making music under the name Orville Peck has become the talk of much of independent country music and Americana lately, with critics and fans alike swooning over his mod-styled moody music mixed with Western imagery. Most certainly what this man is doing is unique, and in moments it is easy to find appeal in the supple melodies that can compel listeners regardless of sensibility or musical taste. But sorry folks, I’m sitting this one out.

The first rule of any artistic criticism is that if it appeals to you, that’s all that matters, and it’s easy to understand why some, if not many are finding appeal in Orville Peck’s debut album Pony. But the patent truth is this music has very little to do with country beyond the fringe mask and cowboy hat of its proprietor, and some window dressing-like references to Western culture included in the lyrics. Instead what Orville Peck more resembles is a re-imagining of The Smiths and solo era Morrissey in vocal style, complimented by sparse compositions featuring dream pop guitar. Orville Peck is a retro New Wave project in Lone Ranger attire that on a sonic ruler would be closer to the Pet Shop Boys than Charley Pride.

In a word, Orville Peck is a gimmick. Granted, it’s a pretty good gimmick for what it is, and it’s well-formed in the sense that Peck pulls off what he sets out to accomplish. And just because it’s not country doesn’t mean it’s bad. Taken simply as music, Pony is quite bewitching and entertaining, and even though the actual country elements are fleeting and mild, the mod and subtle surf influences are close cousins to country, while the retro approach to the record is something that old schoolers that often make up classic country fandom can relate to. But the appeal of Pony lies in the awakening early 90’s  New Wave nostalgia in Gen X’ers and their progeny, not an authentic expression of country modes, sounds, or even themes. Similar to Lil Nas X, Orville Peck thinks if he wears a Stetson and makes references to cowboy shit, that’s country enough for today’s monogenre audience. And unfortunately, he’s mostly right.

Orville Peck is a pseudonym for a Toronto-based Canadian drummer name Daniel Pitout from an indie rock/punk band called Nü Sensae from Vancouver. He also happens to be gay, which he can’t wait to tell the press about, and the press can’t wait to harp on as we continue to put identity above everything else in music today, with the “who” now being the most important element to music as opposed to the “what.” None of these things should preclude Orville Peck from being considered as country, or making country music if he so chooses. Both Canadians and LGBTQ members are frankly making some of the best country music these days. But Orville Peck is not one of them, not because it’s not good as music, but because it’s not authentic as country. 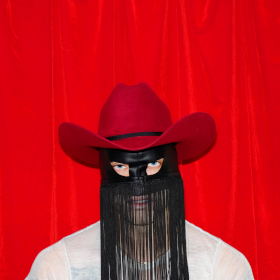 If you stumbled upon this record as an indie rock selection, you’d feel surprised and delighted to find the few country elements that emerge in some of the tracks, just like you do when rock artists like John Mayer or Bruce Springsteen mix in some country style, or side projects from punk artists such as The Knitters hit the shelves. However if Pony and Orville Peck were presented authentically for what they actually were—which is a retro New Wave indie rock project—nobody would be paying attention. Call it country (like Lil Nas X did), and you can compel people to talk and listen, while also cutting in line in front of the people making actual country music because of the juicy media narratives.

Authenticity in country can be a very tiring argument. Everyone has the right to make country music, as long as it’s true in their hearts. It’s not that you have to be from a ranch in Texas to sing country, but you do have to show dedication to the music for it to come across as honest, sincere, and believable. With a project like this, you need to have “buy in” from the audience. But with Orville Peck, the entire thing is incredibly transparent. He’s doing a bit. It’s not a bad bit, but it’s a bit. And why waste your time on a bit when you can imbibe in the real deal?

The other problem with Orville Peck and Pony is it’s not as original as many are making it out to be. It may be original to people who’ve never heard of an act like Brent Amaker and the Rodeo, who were wearing masks and mixing David Bowie influences in with mod country style since 2005. Their album Year of the Dragon from 2013 is one of the greatest forgotten classics of underground country, and is the antidote to an album like Pony, even though nobody will pay attention to it because it’s not imbued with as many natural politically-driven media narratives as an act like Orville Peck.

Another artist to compare Orville Peck to is Canadian indie rocker turned classic country crooner Daniel Romano. We were all initially wooed by his stunning re-creation of the Countrypolitan era, even though in that instance as well, Saving Country Music cautioned how the lack of authenticity behind the project could turn out poorly. Sure enough, Daniel eventually let all country fans know how we were all morons for liking his music un-ironically as he moved on to making retro electronica, bad mouthing the genre and its fans on the way out the door. Ryan Adams pulled a similar move, as have others. These guys broke a lot of hearts of fans who’d defended them, and these fans just turned out to be props as part of these artists’ art projects. We don’t know if Orville Peck will pull a similar maneuver, but when irony and imagery precede the actual music, it’s something fair to be on guard for.

All that said, the natural appeal in Pony is pretty obvious and undeniable. The chorus of the opening number “Dead of Night” is as voluptuous and enthralling as you will find in all of music. “Turn To Hate” would have been an alternative rock anthem if it had been released two or three decades ago. Most artists would struggle to set the mood that Pony pulls off, or the singing range that Orville Peck proves he’s capable of in these compositions, underpinning his vocal parts with strength, consistency, and confidence. Even those looking sideways at this guy in his fringe mask must admit he can sing, and that his music is able to awake emotions, which is the the greatest asset to any music regardless of style.

But in truth, the appeal of Orville Peck and Pony is pretty thin when you really dig into the record, and is based mostly off a few powerful songs like “Dead of Night” as opposed to the consistent appeal throughout the record. Musicianship is almost non-existent, instead relying on excessive reverb and faraway sound texturing to make the music sound interesting, and the writing is pretty thin in places, repeating lines or words over and over. The song “Roses Are Falling” veers pretty close to being a ripoff of the “Sleep Walk” riff, once again underscoring this record is more interpretive than original. Later in the album there are a couple of songs that sound more country than the rest of the material, but that might be more of a symptom that the first part of the record doesn’t sound country at all aside from a 15-second banjo part awkwardly pasted at the end of “Dead of Night” as a token.

And please don’t think these are the pointed opinions of a closed-minded purist just because Peck happens to be gay, or is trying to do something unique in the country space, or the imagery is startling to the stuffy and closed-minded conservative perspective that people love to assign to the traditional fans of country. If this was the case, Trixie Mattel would have never received a positive review here, and she’s an extremely flamboyant super gay international drag queen champion. But even with the extremely over-the-top package Trixie Mattel presents, Orville Peck’s imagery and marketing still precedes him more. Trixie Mattel simply released a handful of well-written acoustic folks songs and let the world catch on to how cool and surprising they were. Orville Peck feels he’s on a crusade to “integrate” country, saying as much in the press, while actual country artist who happen to be gay such as Brandy Clark once again get overlooked because they refuse to wear their sexuality on their sleeve, or use it to pander for appeal to the media, and simply want their music to speak for itself.

If you find joy in the music of Orville Peck, that’s all that matters, not how “authentic” or “country” he might be, or the opinion of a critic paid to deconstruct music and make it fail under pressure if possible. The draw of Orville Peck to many is obvious. But in 2019, there have been so many better efforts to focus attention on than an act like this. And if we’re all hot to trot to “integrate” or “diversify” country music, how about we start with the women of country who’ve been systemically excluded despite devoting their lives to the genre, and happen to be releasing amazing projects in 2019. That’s a better cause to champion compared to some punk drummer in a bondage mask looking to hopscotch the field just because he likes dudes. It should be about the music first, and with Orville Peck, the marketing and image precede the musical effort. Call this an ambitious indie rock project, you probably get my seal of approval. Call it country, and you introduce a set of standards it can’t stand up to.