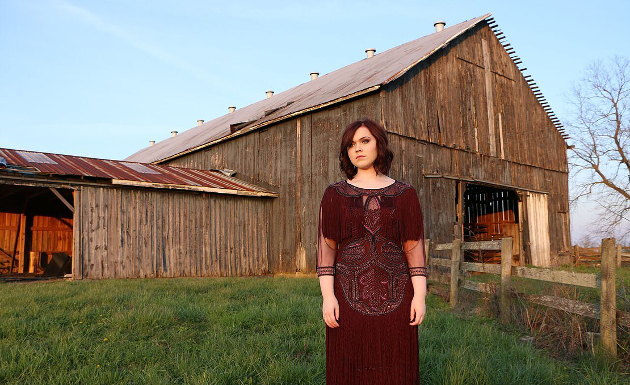 It’s the decaying of what once was that gives life to what will be. In Kentucky, the decay of the coal industry and the husks of communities, lives, and families it has left in its wake has made life hard for many in the Bluegrass State. Even for those lives and communities not affected directly, they still feel the weight of hardship and broken hearts that hangs in the air.

If there is one silver lining, it’s that the hard times of Kentucky have gone on to help inspire some of the most meaningful country music we’ve heard in the last decade. The mournful romanticism captured by artists like Sturgill Simpson, Chris Stapleton, Tyler Childers, and Kelsey Waldon are fueling the country music insurgency. Times may be tough for many, but the spirit of Kentucky lives on, and manifests itself in music like it has since the early settlers first put stakes down in the state.

The 17-year-old Rhyan Sinclair proves this Kentucky wave of country music is no anomaly. It’s broad-based, and multi-generational. She like a chute of new country music life rising from the soil. But don’t slot her as just another name in a gaggle of artists emerging from Kentucky. She has the voice, the style, and songwriting to stand out, and at an age when most are busy navigating the throes of post adolescence, not penning songs that put them in superior standing compared to many writing songs in that state just south of the Kentucky border.

Sinclair has been writing and performing since she was 11 in the band All The Little Pieces. It was falling head first into the allure of the landmark Trio album combining Dolly Parton, Linda Ronstadt, and Emmylou Harris that inspired Rhyan’s country music roots to rise to the surface and manifest themselves in a way that felt less like a lark, and more like a lifelong passion to be pursued. What started out to be a tribute project to Trio gave rise to an album’s worth of original songs and a passion to want to share them, eventually resulting in her debut solo album Barnstormer. 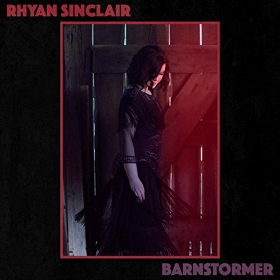 In moments, the songwriting of Barnstormer is nothing short of striking, regardless of the age of the performer, or the region they may hail from. Some of the lines are smartly embedded in songs, like the phrase from the title track, “You might see me as a drifter, but I’m not as lost as you may find.” Others it’s more obvious, and what the song is built around, like the bluesy, roots rock tune “Retrograde”:

For other tracks it’s the whole song that spotlights Sinclair’s deftness of language and prose, like the classic-feeling heartbreak in “Selfishly, Heartlessly.” In “Cold Summer’s Day,” Sinclair gives the greatest insight into the darkish, old soul approach she takes to writing. She’s definitely a winter raven, not a summer dove, and she embraces this in her music. It’s not Gothic per se (except maybe the ghost story “Skeleton Sam”), but she’s more willing to explore the more sad array of the emotional spectrum.

All of this is presented in authentic country instrumentation, but with enough texture to keep it interesting, and ranging between blues and roots rock when necessary to fit the mood of a song. Sinclair is an incredible singer, with the right touch of tone and pain, like in the opening number “From Here.” She can also exhibit great range, like the high note she nails in “Cold Summer’s Day.”

Barnstormer does feel like it could have trimmed the 14 songs down to perhaps the best 10 or 12, and then maybe focused a bit more on what was left to really tighten some of the studio performances. There’s a few wonky places here and there, and perhaps an outside producer would have done this project good. But Sinclair is 17, which you have to remind yourself while listening to Barnstormer, since overall this music feels mature and self-confident, without sacrificing the important vulnerability of certain tracks. But her age also gives her latitude to explore her voice in both writing and singing, and sharpen her style and ear as time goes on.

When Kentucky artists such as Chris Stapleton and Sturgill Simpson emerged, they were already in their 30s. Now a new generation of Kentucky singers and songwriters like Dillon Carmichael and Rhyan Sinclair are keeping the promise that this cradle of country soul will continue to sustain and influence the greater good in country music for years to come.