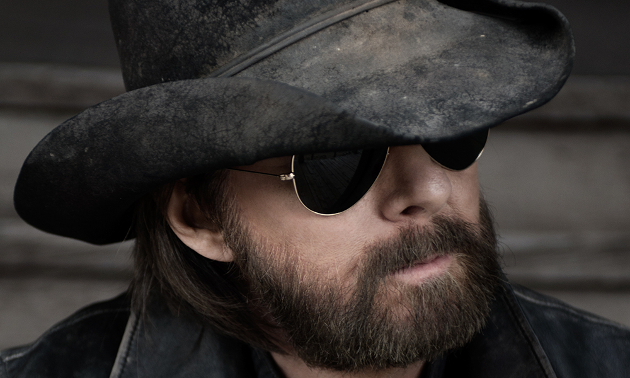 Ronnie Dunn’s solo career has been sort of like the story of a jock in high school who decides he wants to be a stoner skater dude all of a sudden, or an investment banker who tries to be a badass by purchasing a $55,000 Harley Davidson and adopting motorcycle fashion on the weekends. He might have all the style and posturing down, but when you dig right down to the substance of it all, it just doesn’t seem right.

Dunn started his own little revolution around his last record Peace, Love and Country Music, twisting off in regular rants on Facebook about the unjust way mainstream country shuffles aging talent to the side, and how radio has an iron grip on the gates of the industry. His rhetoric was on point, if not at times inspiring. But when the first singles from Ronnie Dunn’s revolution went public, you figured out it was mostly talk. He was more about pandering to the current country trends by playing the young man’s game himself as opposed to challenging the status quo through his music.

When you’ve had such incredible success like Ronnie Dunn has for most of his career, it’s hard to leave that spotlight behind. So even though Ronnie knows what’s right and wrong, he’s still not ready to make that shift to doing it for the love of the music instead of another big payday. There’s a huge mansion to pay off and Polaris just released a badass new Tracker just in time for deer season, and all of a sudden you’re not so quick to put up a fuss with the producer when he wants to add drum samples to your song. In the case of Tattooed Heart, that producer happens to be Jay DeMarcus from Rascal Flatts, which should tell you a lot about this record.

Ronnie Dunn’s revolution ended when sales of Peace, Love and Country Music failed to register a whimper, and soon he was saddling up with Scott Borchetta’s NASH Icon outfit that despite the yoke of his failing partner in Cumulus, continues to inch forward. NASH Icon is just about perfect for Dunn. He’s got the name, the legacy, and the fan base. He just needs the excuse to not attempt to pander to the young crowd, and perhaps try to reconnect with his own voice, whatever that is in this strange post-Brooks & Dunn world he finds himself in. 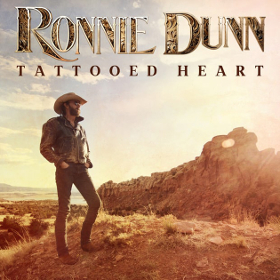 Ronnie Dunn’s Tattooed Heart would be pretty damn good if it wasn’t for a few songs. There are shades of what you would hope someone like Ronnie Dunn would develop into later in his career, meaning song choices that are both traditional, and fresh sounding. As much as “I Worship The Woman You Walked On” is one of those “Oh, I see what you did there” songs, it’s really powerful in the way Ronnie Dunn delivers it, the production is spot on with the call of adding strings, and the swaying waltz beat makes it tantalizing to the heart.

One thing few have ever questioned is the power of Ronnie Dunn’s voice, and Tattooed Heart makes sure you get flourishes of that talent throughout the track list. Dunn comes from the era of country music when you actually had to be able to sing to land a singing career, and insiders know he carried Brooks & Dunn through most of those marquee years. His voice, quality song selection, and once again good calls in the studio result in two solid tracks to end the record, “Only Broken Heart in San Antone,” and the super traditional “She Don’t Honky Tonk No More.” The latter even goes as far as to keep the crackle of a dirty pot on the vintage tube amp on the masters. If nothing else, these two songs are worth cherry picking off this record and moving on. They might be two of the best traditional country songs released by a mainstream artist all year.

However it’s questionable if the folks who will find the most appeal in Tattooed Heart‘s final two selections will even make it that far if they have to run the gauntlet of songs like the first couple of singles, “Damn Drunk” and “Ain’t No Trucks in Texas.” The hackneyed songwriting is almost unbearable, and the drum machine production can kiss off. Oh, but it gets worse. Along with a few too many songs whose lyrics rely too much on tired drinking themes (here’s looking at you “That’s Why They Make Jack Daniels”), there are a couple of songs that are just downright terrible on this record.

Give Ronnie Dunn a little credit for not pulling a Keith Urban or Luke Bryan by rapping lyrics about themes only surrounding activities folks in their early 20’s encounter while the performers themselves are pushing into their 40’s and 50’s. Instead of singing these types of songs in the present tense though, Ronnie broaches the same stupid subjects and buzzwords by looking back, or reflecting on the young and unabashed of today from a more mature perspective. For example “Still Feels Like Mexico” with fellow NASH Icon signee Reba McEntire is a way to shoehorn in a young beach love song without acting like its something Dunn is experiencing presently.

This brings us to the worst song of Tattooed Heart, the quite unfortunate “Young Buck.” Though you can appreciate what songwriters Jaren Johnston and Jeremy Stover were trying to go for here about an older man looking at a young man full of life, the lyricism is all wrong.

Hey young buck, with your Jack in your Sonic cup
She thinks it’s strong so you cut it with Sprite
Next thing you know it’s all going right

And it only gets more pandering when this “young buck” get portrayed as going off to war. The protagonist of “Young Buck” doesn’t convey an interesting character at all, it portrays at dunderheaded redneck kid who’ll knock all of your neighborhood’s mailboxes down from boredom, then date rape your daughter before spray painting “Go Cowboys” on the side of a 120-year-old historic building. Yes, I understand the acquisition of rookies Dak Prescott and Ezekiel Elliot is exciting, but that’s no reason to be an asshole. The electronic drum beat and synth splashes of “Young Buck” only make this travesty worse.

Tattooed Heart is not a great record, but it is not a total loss either. More so than other projects that may pass under your nose, this one has some tracks worth picking up or checking out, principally “Only Broken Heart in San Antone,” “She Don’t Honky Tonk No More,” and “I Worshiped The Woman You Walked On.” But aside from that, it’s a few forgettable tracks, and a few tracks you would love to forget.

Ronnie Dunn has the voice and the name to where if he wanted to transition into a legacy act or do like Tim McGraw and make the best of the opening up of the format to better songs, he could really do some damage. But he has to really commit to it. His days of #1 hits and CMA Awards are unfortunately in the past, and if he would just stop chasing this and settle into making good music, both his career and country music might be better off for it.