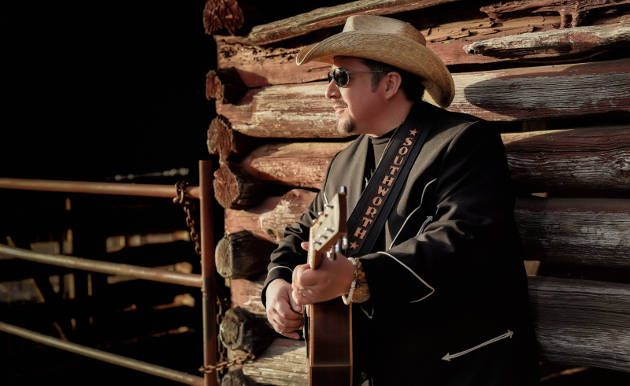 If you don’t like Scott Southworth, then you don’t like country music. And if you want to know what I mean when I say “country music,” listen to Scott Southworth and that should clue you in. You may have never heard of him. He’s not on mainstream country radio or CMT. That’s how you know he’s good. Perhaps you’ve heard or seen him in passing on RFD-TV or WSM. That’s another positive sign. Scott Southworth also has a serious following in Europe—yet another indication how seriously good and authentic his music should be taken.

From his vantage point in Nashville, Tennessee, Scott Southworth can see the unwelcome sea change in country music spreading across the city like a third world virus, but he ain’t jumping ship from his authentic country sound anytime soon. That’s squarely evident on his new record Hey Hillbilly Singer! No need to check this dude’s country music ID card to make sure he’s not just another East Nashville hipster disguised in pearl snaps. You can tell immediately he’s the real deal.

You come for the sound, but you stay for the songs with Scott Southworth, and Hey Hillbilly Singer! has a bunch of good ones. “Nobody Leaves This World Alive” sounds like something Merle Haggard would write and sing—crotchety, witty, and wise. “Put Another Quarter in the Ride” isn’t about a Magic Fingers massage bed, it’s about knocking out a quarter-century with someone, and looking forward to another quarter-century to come. This, and the song “I Wish I Were Here” are examples of excellent country songwriting that you just don’t hear anymore, leaving a true country music listener yearning, and salivating over an artist like Scott Southworth when they pass under their nose.

The most enjoyable contribution of the album might be “I Ain’t Leaving Town” with traditionalist Bobby Marquez, which spells out Southworth’s philosophical approach to country music in a pretty candid and entertaining fashion. Disgruntled country fans will be pumping their fists to this one for sure. Another high point is “Cigar Store Indian.” Southworth shows off a challenging vocal range to really land an emotional punch, and bare his sentimental side.

There’s also plenty of moments of levity on Hey Hillbilly Singer!, like the title track, and “The Honky Tonk in Me.” This is meant to be a fun record that’s not afraid to get a little deep, or say a little something when it’s necessary. Not every song is stellar, but Hey Hillbilly Singer! is solid throughout.

Scott Southworth regularly performs at small venues in Nashville such as The Bluebird Cafe and Douglas Corner, and hosted the Music Road Show on WSM 650 Sunday evenings with Heino Moeller. People like Scott Southworth are the ones keeping true country music alive, and often without the fanfare or the fawning of the media like the younger, more hip performers. They’re just following a true, unfiltered passion for the music, and doing what they can to keep country music alive. An album like Hey Hillbilly Singer! certainly helps accomplish that.