Album Review – “Seems Like Tears Ago” by Jason James 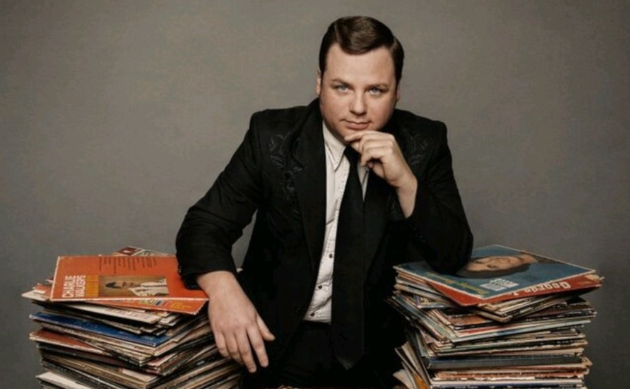 Boy howdy. It takes all of 12 seconds to fly by in this new Jason James record before you decisively know that you made the smartest of all country music decisions by giving this young man your time and attention. Where have all those true sounds of country music gone? Straight into the lungs of Texas City’s Jason James to be crooned back out in one classic-sounding country song after another, presenting themselves like a parade of forgotten hits from the 50’s and 60’s. In short, a swim through Seems Like Tears Ago by Jason James is like a trip to country music Heaven.

George Jones once famously asked, “Who’s Gonna Fill Their Shoes?” Well you’d be hard pressed to find somebody who sounds more similar to The Possum than Jason James does on this record, and he also happens to hail from the outskirts of Houston just like ol’ No Show did. And not just the voice, but the style and music is also spot on for revitalizing all those feelings that actual country music affords. But this is no impersonation act. Jason’s songs are all originals, and written by his own hand, while shades of Hank and others help make Jason James a complete package when it comes to paying the traditions of country music forward.

It’s fair to say that Seems Like Tears Ago is more of an interpretive work than an original one, even if all the songs are new. Jason James is not trying to “evolve” the country genre by making it endure some blending with other influences. In fact Jason’s vocal phrasing is unabashedly an attempt to capture those same styles and inflections his country music heroes and forefathers employed in their heyday. His approach is to adhere to the roots of country with a reverence and authenticity unmatched in most of today’s country music, and evolve country by taking it backwards to a time when it sounded better and held more meaning. 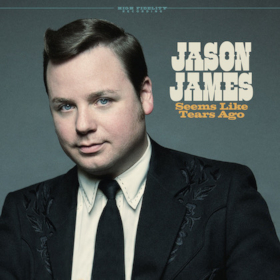 Previously signed the New West Records, Jason James was given the greatest compliment when they tried to criticize him by saying he wrote “too much like Hank Williams Sr.” and sounded “too much like George Jones.” Of course, that’s exactly what Jason James is going for, and so the relationship didn’t last. Releasing Seems Like Tears Ago through his own Melodyville Records, this is the record Jason James has always wanted to make, with no concessions to anyone, and every song penned by James exclusively.

There’s no holes to poke in the ten songs of Seems Like Tears Ago, with each one reinvigorating those timeless themes that never grow old in country. And though the general era this music looks to capture is consistent, Jason James does shake up styles just enough to keep things interesting. “Seems Like Tears Ago” is every bit of Golden Era George Jones, but “We’re Gonna Honky Tonk Tonight” is the Hank Williams influence through and through. “Move A Little Closer” is more Bakersfield honky tonk, while “Cry On The Bayou” calls upon country music’s Cajun roots.

Jason James may draw some criticism for shape shifting his voice to fit the various styles he works with here as opposed to sticking to one specific cadence, but it’s hard to not be stunned in the haunting way he pulls it all off. You find yourself checking to make sure it isn’t George or Hank you’re listening to, while you’d swear these songs must have been written 60 years ago. But Jason James doesn’t consider what he does a retro style of country, he considers it the only type of country that has ever really been, or that ever needs to be by illustrating its timeless and everlasting appeal.

Close your eyes and put yourself back into a simpler time and a more enriching era of country music by piping up Seems Like Tears Ago by Jason James.