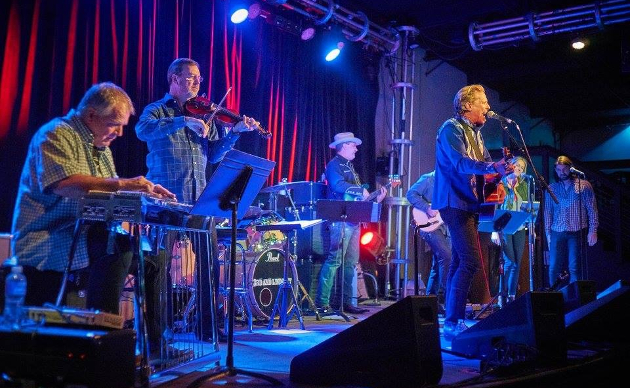 There is a myth out there in the country music industry that only old people like old country music. And since old people are already stocked with their cadre of outdated CD’s, there’s no reason to court them with new music. Of course, this isn’t true on a number of levels. All you have to do is poke your head into The American Legion Post 82 in Nashville on Tuesday nights, or The White Horse on Austin’s east side, or check out an installment of the Grand Ole Echo in Los Angeles to find that old school country music is still very cool among a younger set—maybe even a little too cool and bordering on the hipsterish with certain crowds. Also older listeners left behind by radio still like the more classic style of country music, and are more willing to purchase it in greater numbers than younger fans who just stream music on their phones.

But it’s true there is a shadow that is cast on the country music timeline—and the timeline of really all music—when a certain style or sound is not relevant enough to the modern ear to be considered popular or contemporary, but is still not old enough to benefit substantially from nostalgia to be considered retro. That shadow moves along the timeline as time passes. And as the mainstream country industry has moved on from the sounds of 80’s and 90’s country, yet that music is still not old enough for the Americana crowd and the young hipsters to embrace it en masse, it has gone forgotten in the greater country music panorama.

When the famed Palomino Club in Los Angeles closed its doors for good in 1995, it symbolized the end of an era for many in the area, and for country music itself. After the rise of the “Class of ’89” and the robust commercialization and popification of country, a lot of the old guard was getting lost in the shuffle. Some lasted into the 2000’s, but most of the outliers have now given way to Bro-Country songwriters and performers, and synthesized “producers” who sit behind a computer rendering many of the musicians who made the most memorable recordings in country music irrelevant.

Jeffrey Steele was one of those individuals who was lost in the stampede toward the new sound of “country.” A member of the Nashville Songwriters Hall of Fame for writing many recognizable hits, like many of his friends in the business—people like Vince Gill, Jamey Johnson, and steel player Paul Franklin—he’s not old enough to be considered a bona fide legend where the public fawns over you because they know your time left on earth is finite, yet getting a song cut or a call back from an industry that is myopically focused on the here and now is just no longer a possibility either. It’s a country music no man’s land. 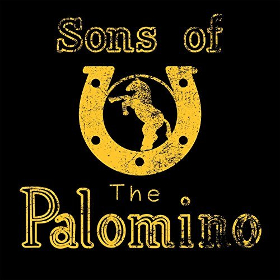 So Jeffrey Steele started The Sons of the Palomino, expressly because it covers the era and the style of country music that doesn’t really seem to be getting championed by anyone, yet still has incredible value to the people who listened to it, grew up on it, or participated in its creation during its native era. Having played bass for seven years as part of Ronnie Mack’s Barn Dance on Tuesday nights at the Palomino Club where it wasn’t unusual to see folks as far ranging as Dale Watson to Dwight Yoakam stop by, or witness Redd Volkaert or Jim Launderdale sit in with the band, the Palomino was ground zero for the country music universe for Steele and so many others. They were all “Sons of the Palomino” because the venerable club helped them get their start and forge their country music identity.

Frankly, the first impression you get when listening to the Sons of The Palomino’s self-titled album is it feels dated, and not necessarily in that good, retro way (see explanation above). The first single from the record, the upbeat “Countryholic” with John Rich, feels a little hokey, like a song a band from a Cialis commercial would play when someone in the crowd requested something country. It’s like a Dad joke put to song—similar to a few of the selections from this project.

So this record has a few misfires. Jeffrey Steele and John Anderson, who sing together on the song “Authentic,” may very well be that very thing, but authentic people tend to let their authenticity speak for itself instead of putting it in rhyme to pat themselves on the back. “Hole in the Wall” is a pretty decent-written little country song, but the pink flamingo jazz tone on the lead guitar would have been better left on the cutting house floor.

This particular throwback country fan had a tough time at the beginning finding the value in this album, and figuring out what everyone else was raving about. Yes, it’s older country, but not old enough. It’s like a 90’s record trying to be an 80’s record, in 2017. Two of the slow songs, “When Lonely Calls” and “Lie” work well as songs and are sung very well, but feel a little schlocky and outmoded to be optimally effective for the emotional component they bring.

But at some point you begin to realize that the marks against this record are there on purpose, and may even be assets. Jeffrey Steele has said that he wants this Sons of the Palomino project to represent a place in time during the later legacy of The Palomino Club, and to that objective, it is obedient and authentic. The nature of taste and bias is inherently generational. What may sound out-of-date to most may hit the sweet spot for others. If you’re in your late 40’s, early 50’s as many of the participants in this project are, this is the kind of country music you are more likely to long for, yet can’t find from contemporary artists young or old.

Also, the second half of this self-titled album rallies quite well, no matter what era your ears are tuned to. “Outta This Town” is haunting and sad, taking a theme covered often in country, yet never this poignantly, with Emmylou Harris’s vocal tearing at your heart. “Independent Trucker” co-written with Chris Stapleton does the same magic to the worn out big rig theme. “Unbroken People” finds a style and sentiment that is timeless more than anything, and “Whiskey Years” with Jamey Johnson sounds like something Willie Nelson would cut.

And then when you go back and listen to some of the other selections like “When Lonely Calls,” you find yourself liking them more and more, and seeing the value in them bestowed by questioning your own perspective, and listening to them through a set of more objective and understanding ears at what this record looks to accomplish. This isn’t an excuse for the Sons of the Palomino. There are still a few duds on here that are undeniable in any era. But there’s also sort of a sad sweetness, and a strange version of cunning mastery at capturing an bygone era of country in the modern context that is worthy of acknowledgement and gratitude, even if it doesn’t speak to you directly on every song.

At one point country music was the genre of American music that prided itself on not putting its aging artists out to pasture, but celebrating their legacies well into older age. The whole point of country music is paying the legacy of rural people forward. But that philosophy seemed to get lost at some point, probably about the time the Palomino Club was shuttered. It’s not enough to show respects to the past greats that have passed on and those that soon will. The ones getting passed up by the industry in the here and now also deserve credit, and a home. That’s what the Sons of the Palomino offers in both sound and spirit.

Purchase Sons of the Palomino