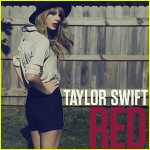 (note: this is a general album review for “Red”. For reviews of the individual songs, check out the “Red” song reviews)

The first thing that needs to be pointed out is the same exact thing I started the review of Taylor Swift’s Speak Now with, that Red is not country. In fact to save some time, I’ll just cut and paste the same verbiage from that review, because it is just as relevant here, if not more.

The first thing you need to know about this album is that it is not country, period. This is not an opinion. There’s no need to spurn a debate about what the term “country” means or not. This is fact.

And for this infraction, which is the mother of all infractions, it deserves two guns down, 0 of 5 stars, and disqualification for even being considered as a legitimate work for review. If you had a restaurant serving the greatest Italian food ever known to man, but your sign out front said “Chinese,” with Chinese names for the entrees that were truly Italian fare, the Chinese food critic would walk into the restaurant, don a confused look, and fail your ass.

But since that conclusion leaves this review a little thin, I will try and rally by donning the “pop critic” cap, and give this album my honest opinion based solely on its merit as music, regardless of genre.

I have individual thoughts on each song of the album, but these are the the biggest, broadest points I want to make about Red:

In this album, Taylor takes another step toward maturity. She takes another step towards more in-depth composition and songwriting. She evokes a remarkable sense of mood in her music, and an uncanny ability to lift you out of your perspective and deliver you to an empathetic place where you feel the very emotions that were the impetus of her songs.

And as Taylor Swift stands right at the precipice of delivering of what could be one of the greatest popular music albums of our generation, rivaling some of the great legacy projects from females dating back to the 70’s, she all of a sudden, out of the blue, delivers some of the most bullshit, idiotic, overt, and reprehensible panderings to pop radio the likes of which I have never seen before from any artist that in any way could be construed as “country.”

Red is really the tale of two albums: A gorgeous evocation of human emotions set to enchanting music and delivered in elevated modes, and awful pop shit that leaves you almost embarrassed for Taylor from the sheer obviousness of the ploy.

To Taylor’s credit, it is the good stuff that makes up the majority of this album. But that’s also one of the frustrating things about Red, that it is right there, that this was such an opportunity for Taylor Swift to lead popular music in a positive direction. And because of fear, she blew it.

There is no bigger artist in all of the music the world right now than Taylor Swift. She must lead, and with Red she does, until she starts listening to others, and lets the fear of being rejected creep into her psyche and fool her into thinking she needs the safety of moronic pop singles to help sell her more heady material. Instead of listening to herself, she listens to others, attempts to mimic what they do instead of giving audience to her own internal inspirations and dialogue. 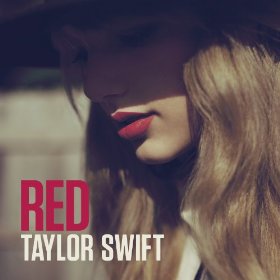 As an example I give you the first four songs of Red. “State of Grace”, “Red”, and “Treacherous” start where the stellar tracks of Speak Now like “Dear John” and “Enchanted” leave off, setting you on a journey that crosses both visceral and carnal boundaries, wholesale selling you on the mood that Taylor Swift wants to convey. Forget songwriting or chatter on genre styles for a moment, Taylor simply is able to evoke mood like few other artists in our generation can or have. By the end of “Treacherous”, I’m sold. I’ve totally bought into Taylor Swift and her music. Imagine your dirty, filthy Triggerman flying through the air, propelled on ivory wings by the power of Taylor Swift’s enchanting pop music in blind musical ecstasy…

…and then comes the absolutely vomitous, dubstep-inspired “I Knew You Were Trouble” and its blatant submissive posture to the powers who control pop radio, and it’s like slamming into the side of a building, or falling face down on the floor. Boom! Fantasy over. And you wake up once again to the reality that no matter how much you like Taylor Swift as a person, no matter how much you squint and tell yourself she is “the one” to elevate the popular music world, she is just another pop star.

Or is she? Because if you took away the four forays into the radio-pandering world that tarnish Red, and maybe even nixed one or two of the weaker tracks, what you’re left with is some of the most elevated and inspiring pop music we’ve heard in quite some time. Taylor Swift is right there. She climbs 9 rungs up the 10 run ladder, and then gets scared of heights. And though Red as an album leaves you saying “if only…,” it’s because it communicates such promise, in Taylor Swift, and the always-fleeting idea that pop music can actually be good, or get better.

Now excuse me for a moment as I leave all regularly-accepted music reviewer protocols and ethics behind, and just get this one little thing off my chest.

So the Swedish producers Max Martin and “Shellback,” the two guys responsible for producing the three most ridiculous songs on the album, those being “I Knew You Were Trouble”, “22”, and “We Are Never Ever Getting Back Together”? Those guys? Yeah. Fuck them.

What the fuck are they doing on this album, and what the fuck are they doing screwing with Taylor Swift’s cute little pop songs? How dare they take someone’s creative expression, and turn it into passionless drivel to sell to the spoon fed masses? These dudes are worse than Scott Borchetta. They are like belligerent warriors of music homogenization and creative reduction, out there actively looking for good music to fuck up so they can make more money.

Max Martin and Shellback should be the first ones with their backs against the wall when the music revolution hits. They think that you are so stupid as consumers that you won’t listen to Red and hear the blatant discrepancy between their songs and the others, or see their fingerprints all over the crime scene that is the murdering the souls of these 3 Taylor Swift tracks.

In the end, yes, Taylor Swift is responsible. She’s gone out of her way to represent herself as the one writing and helping to produce all of her music and calling the shots. But Max Martin and Shellback are like a music Cancer, and should be cut out, radiated, and never spoken of again. What an absolute abomination their “contribution” to this album is.

I don’t want anything touched by Max Martin or Shellback to ever be heard by my ears again, to ever come in to the four walls of my home, or infect any of my friends, relatives, or neighbors. Max Martin and Shellback not only need to go back to Sweden, they the to take their N’Sync, Backstreet Boys bullshit and get the fuck off this planet.

So do yourself a favor. Take your copy of Red, and erase the 3 Max Martin/Shelldrake tracks from it. It’s okay, I promise, I’m giving you permission to do so. Just delete them out of your iTunes or wherever you keep your music. Or if you have a physical copy, take a magic marker and just scribble them out with maybe an asterisk beside them and a little warning: “Produced by the Cancers of Max Martin & Shellback. Do not listen.”

And if you do this, what you are left with is a great pop album with some amazing musical moments that really touch you. A lot of folks will laugh this album and Taylor Swift off as a matter of habit. And you know what? The joke is on them. If you’re a true fan of music, you don’t care what anybody else thinks, and you don’t care where it comes from. If it’s good and it’s real, then that’s all that matters, because there’s so much out there that isn’t, thanks to folks like Max Martin, Shellback, and others.

We can only guess at what “I Knew You Were Trouble”, “22”, and “We Are Never Ever Getting Back Together” would have been if some intrusive production team hadn’t done their worst with them, but they are part of this album. That ship has sailed, and they will forever sully what otherwise is an elevated piece of work.

While reactionary Taylor Swift critics can’t seem to pull their focus from the fact that “all she does is write songs about lovers” when this observation pretty much covers nearly every pop star in history, or they go back and harp on the immaturity of her songs like “You Belong With Me” that was released now almost 4 years ago, Taylor Swift has elevated her game to where her musical peers are no longer the Brittney Spears’ and Katy Perry’s of the world, but the great female pop performers of modern music, like Carly Simon, Carole King, and Sarah McLachlan. There is deep substance to this music.

Taylor has handed over her critics four new pieces of indispensable ammo on this album, at the same time announcing her presence as one of the premier popular female songwriters of the modern musical era. And so she is destined to remain an enigma in popular culture. Everyone got what they wanted from Red: critics, apologists, radio, and fans alike. And so we’ll see how time judges Red, but it would be wrong to not recognize that the good on this album outweighs the bad.

As a country album: 2 guns down