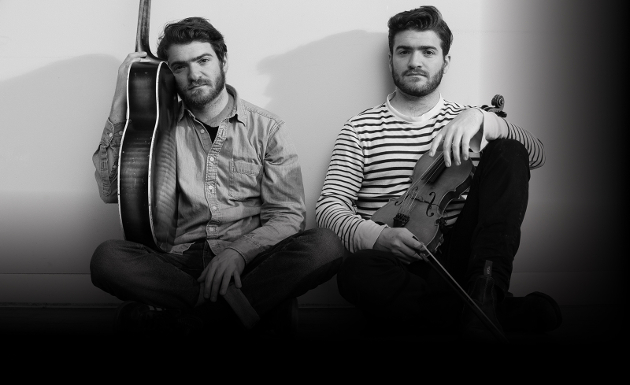 At some point it became cool again to be in a folk duo. Whether folk duos are cool again is another story. One thing that’s for sure, there’s certainly an abundance of them. The husband and wife combo has become especially common out there in the musical environs. Apparently the stigma of being too close to Sunny and Cher wore off some years ago, and now it’s open season for mating pairs to head out in their Sprinter vans to play corner stages in coffee houses on Wednesday nights.

Problem is, there’s only so many derelict intellectuals and former college friends to guilt out on Wednesday nights, and despite being an especially gratifying thing to share on Instagram for Millennials, the economic viability of the husband/wife folk duo is circumspect at best.

Brother and sister folk duos though, you can almost never go wrong with. There is something so pure about blood siblings singing harmony that can never be replaced or bested in nature. Of course The Everley Brothers proved it years ago, but in the modern era The Secret Sisters, Cactus Blossoms, Church Sisters, The Quebe Sisters, The Malpass Brothers, and a slew of others take unfair advantage of sibling telepathy to make harmonies so close and so eloquent, it can make the spine shimmer even if they’re singing a Denny’s menu. 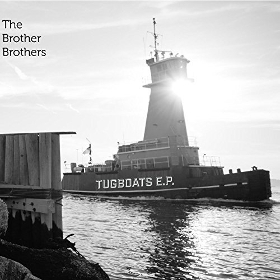 You’re not going to hear about The Brother Brothers unless someone tells you about them. They’re not out there playing 200 shows a year or being touted by a big label. Brothers Adam Moss and David Moss both play in numerous other projects in various capacities. Adam Moss plays the fiddle, and David plays the cello. Sometimes they play guitar. But I’m here to tell you, their calling is to play with each other, and each other only.

Based out of Brooklyn, The Brother Brothers is the closest thing you can find to Simon & Garfunkel in this century, yet with a primitive country sound. Incredible singing, some of the sweetest fiddle playing and cello accompaniment I’ve heard, and songs that are amazing in both their simplicity, and their ability to put rhyme and reason to complex human emotions.

Both Adam and David Moss were renown and accomplished musicians before they started singing together under this funny name, including David Moss winning the acclaimed New Folk competition in 2011. If you go poking around, you’ll find their names associated with acts like Ana Egge, The Blue Hit, Session Americana, and fellow Brooklyn-based band The Defibulators. But you’ve never heard them together and alone until now, and it’s brilliant.

Sometimes musical savants like these two are challenged in the songwriting and relatability departments. Music is not a skills competition, despite institutions of higher learning and folk/bluegrass gatherings trying to turn it into one. But The Brother Brothers bring that necessary, real life component to the compositional acumen evidenced in their music. This music is brilliantly accessible, while still being something enhanced by skill and intelligence. They also inexplicably give us our second amazing song about the tiny town of Cairo, IL in 2017 (Natalie Hemby also turned one in).

All we have at the moment is an EP released earlier in 2017 called Tugboats, but in six songs and 18 minutes, The Brother Brothers accomplish what entire folk labels and festival lineups struggle to not accomplish, which is honing in on something so timeless and carnal to the musical intellect, the music resonates in the soul like echoing within the walls of a great cavern.