Album Review – The Divorcees’ “From Labour to Refreshment” 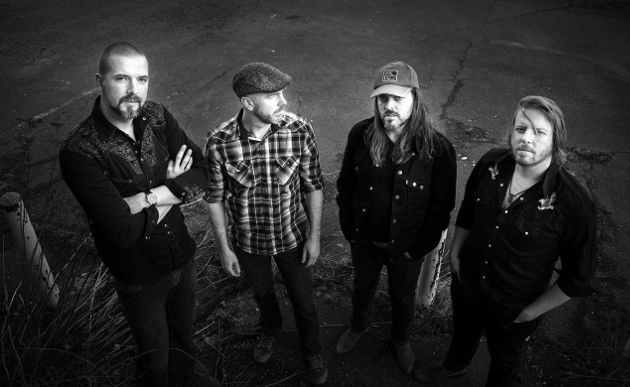 We should all know by now that the popularity or name recognition of a given band, especially in country, has nothing to do with the relative quality of their music, or in any way should be a marker of whether you should give a them your attention. If anything, the more obscure the name is, the more likely they’ll be worth the effort. That’s one of the reasons it’s so rewarding to go hunting for cool country bands whose name may be only barely known beyond their local radius.

Canada has long proven a good hunting ground for unheralded talent, and many times when the subject of Canadian country bands come up, so does the name of the Moncton, New Brunswick-based outfit The Divorcees. Around for some ten years now with multiple albums under their belt, they’re much-appreciated by the country fans of New Brunswick, and heavily-decorated with awards and recognition from the east coast of Canada.

But well-known down in the United States and beyond, they’re not. After releasing a couple of early albums of a decidedly Outlaw-style of country, their label folded. Then as a completely independent band, they released a 20-song concept record in 2012 called Four Chapters. Lineup changes and the requirements of real life have mostly relegated The Divorcees to their environs in eastern Canada recently, but that’s never put a dent in their passion for country music, which is alive and well in their latest record From Labour to Refreshment. 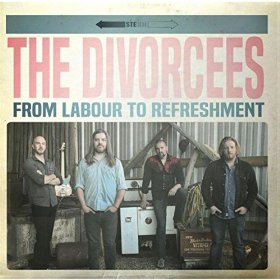 At first you wonder if there is enough going on in the new record to hold your attention. A band known for going a bit out on a limb in country is decidedly sedate and simplified on this record. There’s nothing wrong with the music, but it sticks pretty close to home in the well worn grooves of country; songs about trucking and drinking and such, not really covering any new ground.

But subsequent listens reveal the idea behind From Labour to Refreshment. It is a purposely laid back and simple approach to a record, looking to pay homage and gain inspiration from classic country, while hoping that the organic nature of live recordings with very little overdubbing or guest appearances will result in music that is more meaningful in its own simple way, and that’s exactly what From Labour to Refreshment accomplishes.

The more you listen to From Labour to Refreshment, the better you like it, until some of the songs you can’t stop listening to, even if the songwriting and recordings are simple and straightforward. It starts of with an instrumental B bender tune called “Fender Bender,” leading into a very fun trucker song “5 Million Miles.” Other standouts include the infectious “Crowded Shed,” and the fast-paced “Beer O’ Clock.”

A few of the later songs give you some insight into the state of mind of The Divorcees in 2016—ten years after starting the project. “The Business” recites a pretty negative account of trying to make it in music, while “Ringer” takes a more reminiscent look at what they’ve accomplished, and despite never becoming superstars, still being proud and fulfilled for what The Divorcees have done. The final song “Riding Off in the Sunset” is almost like an exhalation, with an underlying message about how they can relax and not worry about the pressures of “making it,” and instead enjoy life.

I don’t want to call From Labour to Refreshment an epitaph, but it does feel like the band coming to peace with being what they are, where they are. It’s simple songs with a simple approach from a band that has simple objectives, and understands the beauty and soul of playing for friends and being a part of a community, and not giving into the rat race mentality of trying to “make it” in an often objectionable business. And for their efforts, perhaps they’ll find the wider audience their music deserves.

From Labour to Refreshment is country music the way it was supposed to be played: for each other.

Purchase From Labour to Refreshment on Amazon

Album is also available on iTunes and CD Baby.

From Labour to Refreshment, Review, The Divorcees