Album Review – The Kentucky Struts “Year of the Horse” 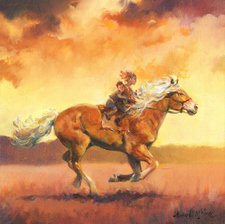 Well here it is, the end of December. The last few moments of 2011 are counting down, and yet completely unbeknown to us, right under our noses, one of the most expansive, imaginative, engaging, and inspiring projects all year is finally coming into full bloom. It is called Year of the Horse by the Cold Spring, KY-based Kentucky Struts and this isn’t just your run-of-the-mill album folks, this is a multi-layered project that incorporates music, visual art, authentic Kentucky culture, all with an altruistic aim.

When The Kentucky Struts had amassed 12 new recordings for an album, instead of releasing them all at once, they decided to release one in each month of 2011, and then have a visual artist interpret each song into a work of art. Some of the artists they collaborated with include Joshua Black Wilkins, a musician himself and a stunning photographer, and Keith Neltner, probably best known for his work on Hank3 album covers. The most inspiring part is a portion of the sale of the songs, posters, and this album go to Speak Up for Horses, a horse rescue foundation in Falmouth, KY.

You can figure out the most creative way to release your music, and have the proceeds go to a charitable cause, but in the end if the music isn’t engaging, it may all be for naught. A high-minded project like this calls for a high degree of execution in the song craft, and that is exactly what The Kentucky Struts deliver in Year of the Horse. The music is par excellence, in the songwriting, originality, and production.

It’s hard to call this music “country” in the traditional sense, it has more of a country-inspired classic rock feel to it, but in the current post-rock age where the term “roots” has come to encompass a more broad spectrum, it fits in there quite nicely. There’s also a slightly progressive edge to it, and a good amount of darkness, though the songs never stray too far from Kentucky in their themes. Call it Kentucky roots with a progressive approach. This is illustrated best on the super hit of the album “Ava Estelle”, a song whose music is dominant enough to debut on mainstream radio, and whose story is about a gun-toting Granny. This song and a few others on Year of the Horse make you shake your head from how great they are, and are damning evidence against the industry, proving the only reason songs like these don’t land all over radio is a lack of industry connections. 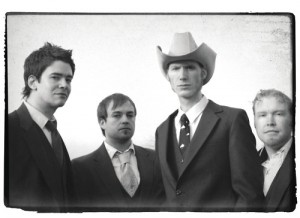 Front man Todd Lipscomb has a little bit of Tom Petty in him, but not too much. A sign of good roots music is when you can keep your sound fresh, yet keep a familiarity in it, and that is what The Kentucky Struts strike here. And if you’re from Kentucky, you have to be able to bring it, and bring it hard. You won’t find many average pickers or boring acts from The Bluegrass State. Bred in the region that birthed some of the strongest string-based maestros the world has ever seen, as well as some of the most dynamic performers like Th’ Legendary Shack Shakers and Sunday Valley, The Kentucky Struts hold their own, and carve out their own niche.

The originality of Year of the Horse is rabid. It’s been a long time since an album this fresh sounding found its way in front of me. It has that one important earmark of a landmark album: accessibility without sacrificing soul. I feel I have let down the sainted Saving Country Music reader by not bringing this project to your attention earlier, but I feel like since it took a whole year to release Year of the Horse, we should be given another year to be able to explore it and all it’s creative and altruistic tentacles. In fact this music is so good, I think The Kentucky Struts had no choice but to get high-minded in how they released it. Just a regular old CD release would seem insulting to the content and vision.

You should pick up Year of the Hose, for yourself, for the horses, and for Kentucky.

If you purchase the album on CD from The Kentucky Struts, you will receive a randomly-selected cover from one of the original artist prints that are part of this project. You can see all the prints, and follow the progression of the Year of the Horse project on The Kentucky Struts blog.