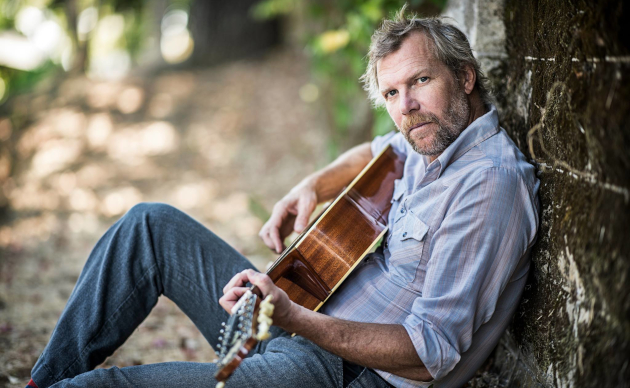 We could say that it’s a strange time in country music when someone like the front man of the California indie rock band The Mother Hips is releasing a record, and it’s 95% more country, a leagues better than most of what you’ll hear in the mainstream of country today. But in truth this is not a new phenomenon. From John Doe of X, to Mike Ness of Social Distortion, even back to Jerry Garcia and Gram Parsons in eras past, California rockers making country records is not an anomaly, it’s fertile ground for finding great country albums off the beaten path, better than many alternatives, and imbued with a uniqueness in style and perspective.

Tim Bluhm is not entirely a foreigner to the country realm. He once shared a record label with Johnny Cash when Rick Rubin first signed the country legend, and The Mother Hips were one of the bands Rubin paired Cash with in his successful quest to make Cash cool to an entirely new generation. Tim also toured with his once partner Nicki Bluhm as part of Nicki Bluhm and the Gramblers, who did California country better than most. Tim Bluhm has released multiple solo records over the years, but this one is his first that delves into country in a dedicated manner, and does so with a deep respect for the music, and an authority with the material.

To capture the true country sound, Bluhm traveled from the San Francisco area to record in Johnny Cash’s famous Cash Cabin outside of Nashville. Produced by Dave Schools of Widespread Panic, Bluhm didn’t fool around while fielding a band that could bring the classic style he was looking to capture to life, including Jesse Aycock of Hard Working Americans, and bassist Dave Roe. This isn’t country by close approximation, or rendered through indie rock sensibilities. If Bluhm was going to make a country record, he was going to do it right, while still keeping some of those California country textures that make it unique and cool. This isn’t a country rock record, this is country record to the core. 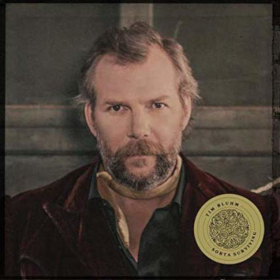 It’s still fair to say that Sorta Surviving still sorta sounds like a traditional country record made by a rocker, meaning Tim Bluhm’s voice isn’t going to convey a lot of twang, and some of the songs feel more like interpretations of classic country song styles instead of inspired new entries into the country music canon. But Sorta Surviving impresses you at numerous turns, including the sumptuous and twangy country music heartbreaker, “Where I Parked My Mind,” the burning bluegrass number “Squeaky Wheel,” and the semi Gospel and smartly-written “Jesus Save A Singer.” Sorta Surviving embraces not just true country modes and instrumentation, but a variety of textures within that approach to keep it interesting.

Along with the seven original songs from the effort, Tim Bluhm also covers old friend Johnny Cash’s “I Still Miss Someone” from 1958, and California native Merle Haggard’s famous “Kern River” that speak of geography Bluhm is familiar with. His cover of “Del Rio Dan” done by the Everly Brothers doesn’t quite capture the same coolness of the original track, which is a sweet little gem they recorded in 1972 after the world had forgotten about the duo, but it does help point your nose to a song worth remembering.

There’s plenty of storytelling on Sorta Surviving as well, from the Dust Bowl tale of “Raining Gravel,” to an ode to “Jimmy West,” who is the one brave enough to stand up to the schoolhouse bully.

In a time in country music where the mainstream has gone mad, and swaths of the musical epicenters in Texas and Tennessee are even saddled with sameness of perspective and their own silly trends that put style ahead of music, the West Coast is a smart place to look for something unique and entertaining in the country space. As Tim Bluhm proves on Sorta Surviving, those old California rockers can still lay down a country record just as good, if not better than many of their compadres back east.