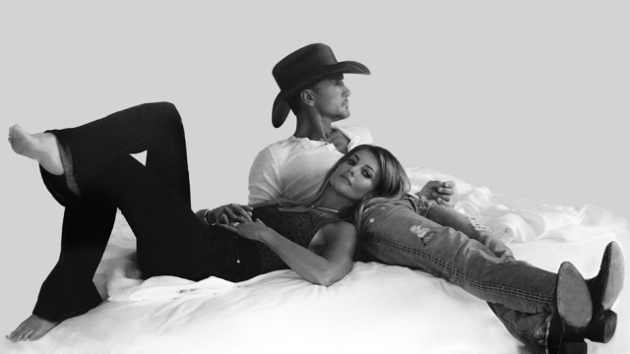 Look, I see what they were going for here. The problem is what they were going for was just not very good. This album is a concert play; not your typical studio record. Tim McGraw and Faith Hill are on this massive “Soul2Soul” tour together, and when folks have been to the concert, they want to buy Tim and Faith the home game. So that’s what they made. As we all know, touring is where the real money is for these massive superstars these days. This record is just a way to reinforce what is happening on stage.

And who is going to go to Tim McGraw and Faith Hill concerts? It’s certainly not the hip kids or the shit kickers. It’s 40-something and 50-something couples who will be into the type of mature love bird/adult contemporary material The Rest of Our Life delivers. They come home after the concert a little tipsy, pay the babysitter or settle into the empty nest, and then have middle aged missionary sex before falling asleep in each others arms at a devilish 12:02. Tim and Faith singing sappy love songs as they gaze in each other’s eyes is just the lubricant for the bored Cialis set.

We wondered when it was announced why Tim McGraw would part ways with Scott Brochetta’s Big Machine Records after things had been going so swimmingly for the last few years. My guess is ol’ Scotty got a whiff of the demos of this thing and said, “Love ya Tim, but you’re going to have to go elsewhere to peddle this.” Beyond the background noise production that in moments veers towards Enya—and was primarily handled by McGraw and Hill themselves (which is never a good idea with a project like this)—the songwriting here is surprisingly subpar, and by a country music power couple known for their propensity to find the best material lurking in the publishing houses of Music Row and singing the hell out of it. Perhaps nobody can write a solid duet anymore. 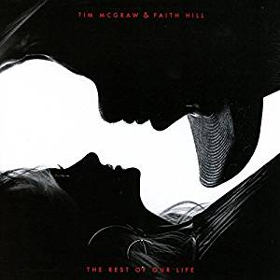 It’s really quite shocking how sedated some of the lines and songs are in this record. In concert, these are the type of songs you can’t wait for the performer to get through so they can play the hits. At one point in the opening title track, Tim McGraw is singing, “If one gray hair shows, I’ll be fine. If my waistline grows, I’ll be fine.” Mature material is okay, and even welcome in an environment where most performers are hyper-obsessed with youth. But the sappy, mom and dad factor on this record is almost unbearable. Somehow Ed Sheeran had a hand in writing the title track, and apparently that was enough for folks to think it is “relevant.”

There isn’t even those one or two good songs on The Rest of Our Life for Tim McGraw to hang his black plastic cowboy hat on like even the worst records of his career, or big moments for Faith Hill’s voice to shine like we know it can. Another surprising failing of the record is how some of the songs don’t really work for the range of the other singer. Tim will be tasked to sing way too high in a glass-shattering range, or Faith will be way too low making her tone almost masculine. The first single from the album “Speak To A Girl” was unflattering to Faith in that way, and it already stalled out at #19 on the Country Airplay charts before getting yanked.

What’s ultimately so frustrating about The Rest of Our Life is how good this record could have been. Tim McGraw has been on a roll lately as one of the bright spots in the mainstream, finding and recording songs of real depth and meaning, giving them a bit more twang than what is trendy, and then telling radio to play them, which they’ve been willing to do. Faith Hill was always at home with this dreamy soap opera style, but after so long without a new record, this could have been a serious comeback with years of pent-up material ready to present to the world with her hubby singing harmony. But instead of top shelf material, The Rest of Our Life feels populated with what was left on the cutting house floor. There’s just never a “moment.”

It’s worth saying that for what The Rest of Our Life tries to do in the production, it’s done well, meaning it attempts to set a certain mood, and accomplishes this with sonic tapestries and extended forays into ethereal moments. You may think with titles like “Telluride” and “Cowboy Lullaby,” you’ll get a lot of rough and rugged textures here. Quite the opposite is the case, but both of these songs include elongated instrumentals that you’re just not used to hearing from Tim and Faith, or really anyone in the mainstream. And though the songs and even the playing may not be especially remarkable, for the mood this music looks to make, it warrants accreditation.

A fool would be one who thought Tim McGraw and Faith Hill’s long-awaited duet record would be some landmark accomplishment. But we at least thought there would be something worth salvaging here. Instead it feels very much like a side project and a misstep for both artists, regardless of a few sweet moments and the sexy time it may brew for some couples. It’s background music at best, destined to be seriously forgotten in pretty short order for the legacies both artists have forged on their own.