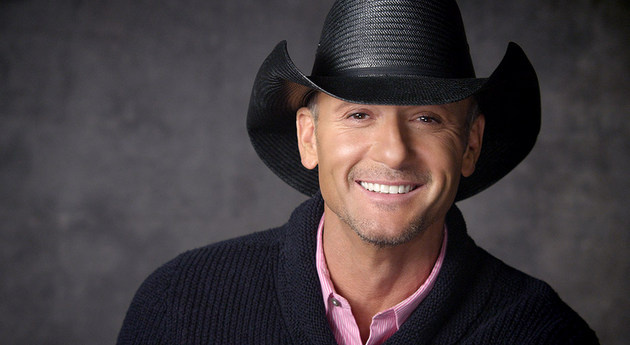 One of the big story lines in country music over the past few years has been the rehabilitation of country music from a quarter century ago that emerged during the period known colloquially as the “Class of ’89.” Despite the commercial rise of country during the era, it’s also the period people love to point to as the moment when everything began to go wrong. But today, Garth Brooks, Alan Jackson, and Travis Tritt don’t look so terrible beside Sam Hunt, Luke Bryan, and Florida Georgia Line. 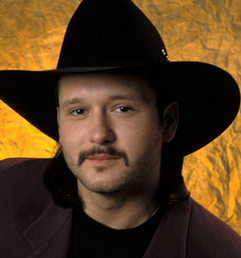 McGraw then released his first #1 single, “Don’t Take The Girl,” and his role as country music’s adult contemporary star for decades to come was cemented. Though traditional country fans may refuse to admit the song was even a guilty pleasure or at least well-written, “Don’t Take The Girl” went on to be one of the most cherished compositions in country in the last 30 years. But going back and listening to it, it’s questionable if the synth production holds up, and the video is incredibly cheesy. Tim McGraw was never a died-in-the-wool authentic country star who we just had to wait for time to reveal the true value of. He was sappy and overly-sentimental to begin with, and nothing has changed with the perspective of today.

After a decade where McGraw struggled to release any music under the oppressive thumb of Curb Records, he’s been releasing new records in nearly breakneck fashion compared to the rest of Nashville. And his latest, Damn Country Music, maybe be McGraw’s most traditional-leaning yet.

The title of the record had us all talking right off the bat, and then when the title track emerged all swaying in waltz time and slathered in steel guitar, we thought maybe this would be McGraw’s big statement on where country music is headed, and where he wants to go.

Damn Country Music is not a classic country record by any stretch, but it is a classic country record by McGraw standards, and most certainly by the standards set by today’s country music. McGraw is doing what all country artists do who take a long-sighted perspective on their own careers and want to be around and somewhat relevant well beyond when their commercial years dry up. He’s going back to his roots, and thinking about how this music may sound years from now. He’s cutting good songs, and respecting the album as a vessel for songs and not just singles.

McGraw’s last record Sundown Heaven Town is where we first noticed a change of approach to some of the material Tim was cutting. And it was even more surprising how the singles performed. What was supposed to be the big blockbuster debut single—the terrible “Lookin’ For That Girl”—stalled out at #17. Yet the fairly-traditional “Diamond Rings and Old Barstools” performed remarkably well, hitting #11. His duet with wife Faith Hill on “Meanwhile Back At Mama’s” did even better at #7. And “Shotgun Rider” made it all the way to #1.

Somewhere in there was a lesson, and Tim McGraw learned it—unlike some of his aging country music contemporaries. Trying to run with the young dogs never did any good for McGraw. “Truck Yeah” is another example. He’s still filling arenas, and even when he releases songs some folks think are too traditional for today’s country, they succeed from the favorable take the singer has among radio programmers and regular Joe fans.

There are moments when Damn Country Music will put a look on your face like you just sucked a lemon, but these are the interludes between what once again is not a terribly bad album from the 48-year-old. I would say it’s surprising how decent the record is, but we should be on alert after Sundown Heaven Town. All of a sudden Tim McGraw is mainstream country’s respite, a rock in a stormy sea, and the one artist who can release songs that say something and include steel guitar and still find solid traction.

All that rest McGraw got as Curb scuttled away his career has kept him hungry, or perhaps that adversity taught him some lessons. He’s pumping iron at home and packing a punch with his albums, and maybe McGraw is the 90’s artist who will help revitalize country radio, instead of the dumpy Garth Brooks whose un-retirement contributions beyond concert attendance have been virtually non-existent. Garth’s the one living off the past, and McGraw is the one who’s got the head full of steam, still trying to improve himself and his music.

Again, some of Damn Country Music‘s offerings should just be tossed from the beginning. This record is ripe to be cherry picked. The lead single, “Top Of The World” is not as much terrible as incredibly forgettable. “Love Runs” and “Losin’ You” aren’t any better, and the production creates a liability for this album with some listeners who would otherwise admit to loving it, however begrudgingly.

The opening track “Here Tonight” with McGraw’s daughter Gracie has a really spirited, Old World acoustic-driven British Isles flair, and draws you into this record as something unique and fresh. “How I’ll Always Be” is a little on the tired side of the lyrical spectrum. We’ve heard plenty of these songs affirming the singer’s country leanings over the last few years, even though McGraw seems to capture the essence of the country mindset better, and will score points for some with the line, “I’m a little more ol’ Hank Williams than that trendy crap.” That line may be true, at least for this record (and the second time McGraw name check’s Hank on the album).

“Don’t Make Me Feel At Home” is a good ol’ country cheating song, and one done right. He went back years to find this song before today’s Nashville had corrupted the songwriting pool. “Want You Back” is held down a bit by overproduction; McGraw’s love for synth has not subsided completely, but the song is redeemed by the strong songwriting and expertly-placed steel guitar licks. “California” with Big & Rich is a fairly forgettable track—a little too fluffy to score many points, but the ending song “Humble and Kind” sounds like something straight off of one of the last couple of Don Williams records.

You press “random” on this record and what the roulette wheel lands on may have you running away screaming. But if you approach it with an open mind and are willing to separate the wheat from the chaff, there’s some value to be found here. Tim McGraw is still fair to call country’s adult contemporary star, but Damn Country Music is a slight improvement from Sundown Heaven Town, and shows that McGraw is going in the right direction. Let’s hope country music at large can follow.