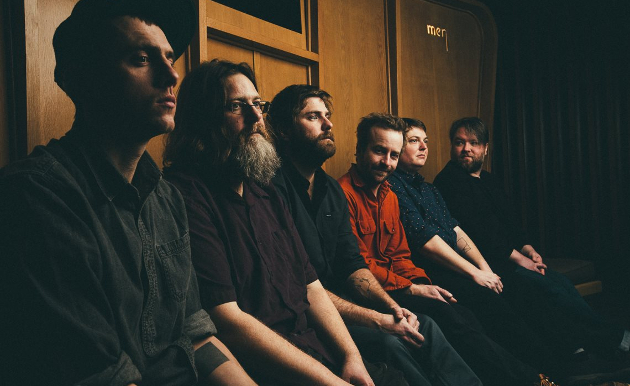 The best bands don’t begin as business ventures. They begin as groups of friends who get together to play a little music, and end up melding so well there’s no other choice but to start playing that music for others. Similarly, their success is organic, almost accidental. Even they may not know know it all happened exactly, and often they’re not exactly sure how to handle it. That’s one of the things that makes them endearing. These aren’t people starved for the spotlight. They just want to write and play songs, and it all just sort of happens for them, while scores of other bands with big aspirations remain in obscurity by failing to evoke the same sort of chemistry.

This organic chemistry is how Trampled By Turtles became a roots music institution. Perhaps from the purview of Nashville or Texas or Los Angeles, calling them an “institution” may come across as a bold assertion for a hard-to-label string band from Minnesota. But similar to Devil Makes Three on the West Coast, or many of the bands down in Texas, the regional aspect of the project hides just how significant they’ve become, and how big their fan base is.

When frontman and songwriter Dave Simonett decided he wanted to devote his efforts to his side project Dead Man Winter, and Trampled by Turtles went on an official hiatus in 2016, there was no assurance they would ever be back. The thing about chemistry is sometimes it goes away. This happens in bands just as it does relationships, like what happened with Simonett and his wife, whose divorce became the primary impetus and theme for Dead Man Winter’s 2017 album Furnace.

In hindsight, the Trampled by Turtles hiatus and Simonett’s devotion to a side project may have been just as much about needing a breather from Trampled by Turtles as it was a desire to express his deep feelings about a divorce in ways that weren’t limited to string music, and a band he’d been fronting for 15 years. It can be hard to grow and move on when you’re surrounded by the familiar. 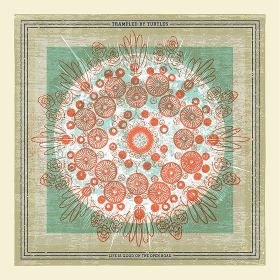 But chemistry is just as hard to fake as it is to shake. When it’s there, it can’t be denied. So when Trampled by Turtles got back together after the pause just to play around a little bit and shake the cobwebs off, they discovered they still had it. And of course there were still plenty of hungry fans out there willing to support anything with “Trampled by Turtles” stamped on it.

This is music that will always be difficult to define. Bluegrass may be the most appropriate term, but from purists to even the newgrass jammers, they would say that’s not exactly right when it comes to Trampled by Turtles. Simonett’s songs often slot them in the singer/songwriter or “Americana” territory, but that doesn’t account for when they go on a blazing tear at a tempo usually reserved for punk. Beyond calling them an acoustic string band, you just have to listen to understand.

Life Is Good on the Open Road feels like an exhalation of sorts. There’s a comfort in coming back together with old friends and flying down the highway together. But Trampled by Turtles songs have always delved into introspection, and moments of self-doubt, and there’s plenty of that here as well. You get most everything you want from a new Trampled by Turtles record, from the blazing fast instrumentation of “Blood in the Water,” to the encapsulation of emotion from Simonett‘s songwriting in “The Middle.”

It’s often the contrasts that make their music so interesting. They are one of the fastest bands in music, which creates an easy and wide appeal. But they keep you listening with the slower and mid tempo songs. There’s an attack and aggressiveness to the instrumentation, though it’s done with acoustic instruments, and the words often speak to fears, sympathies, and regrets.

Simonett’s voice is not particularly exceptional. It’s a little thin, and any harmonies are often down in the mix. Though technically adept, you wouldn’t select one player from Trampled by Turtles to put out there as a contemporary maestro. But the chemistry makes them hard to not root for, or feel deeply about. They feel like your friends who just happened to take the stage to entertain you.

Like most every Trampled by Turtles album, there are signature takeaway tracks, and a few weaker ones you probably won’t listen to again moving forward. One or two of the better tracks off the Dead Man Winter album from Dave Simonett may have taken this effort to the next level. But there is a bit more appreciation for the music, and an ownership you feel as a fan knowing this album could have never happened.

Maybe Trampled By Turtles could have incorporated a drummer a few years back like The Avett Brothers and risen to the amphitheater level, or added some hey ho’s to their songs like The Lumineers. But that wouldn’t feel right. The chemistry wouldn’t be there. And if the chemistry is not there, Trampled by Turtles won’t be there either, because it’s not worth it. They may not be a band for everybody, but they’ve always been a band making music for the right reasons. This is the music they make for themselves, and we all get the privilege to listen in.

Purchase Life Is Good on the Open Road on Amazon

Dave Simonett, Life is Good on the Open Road, Review, Trampled by Turtles