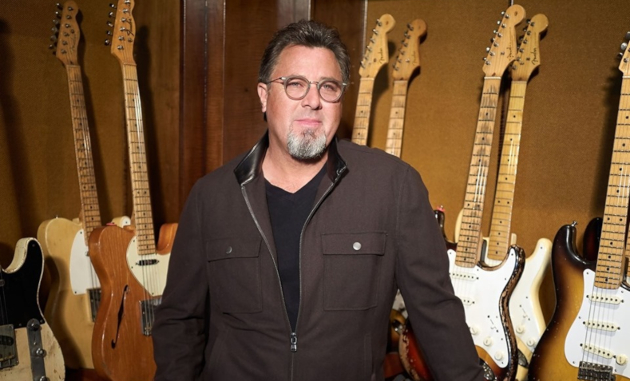 Artists, in all mediums and disciplines, are the emotional arrays of society in a given time and place. They’re the barometers, reflecting and cataloging our deepest concerns and fears, and our greatest joys. And if necessary, it often falls to artists to challenge our morals and norms, question our trajectory and priorities as peoples and nations, and attempt to put us on a more righteous path if that’s what the underlying pulse of humanity decrees.

There has been a call to action recently from certain segments of the media, from the intelligentsia, and from some country artists themselves such as Tim McGraw, for country music artists to get political, and get involved in what they love to characterize as the most calamitous time in our nation’s history. Forget the conceited and flat out wrong conclusions of this embellished notion of history that are an insult to the injustices and lives lost during the Civil War, or the 60’s with the Civil Rights Movement and Vietnam. This misdiagnosis of the severity of today’s problems is nothing more than a symptom of social media supercharging dissent by incessantly feeding us negative news, and the dying media industry propping themselves up with perpetual crisis cycles for click bait. And both sides of the political divide are to blame.

But even more misunderstood is what exactly it would look like if country artists did get political en masse—as if this would somehow take shape in the way progressive think tankers hope or hypothesize. Country music has gotten political in the past. That’s how the Dixie Chicks got blackballed, and Toby Keith became one of the richest entertainers in all of music. Country music is a bastion for conservative values, and always has been, artists included. This is simply the way of things, regardless of how one may feel about it, or how it might suit your own personal political affiliation. And it’s not going to transform simply because it would be convenient for some people who see country artists and their fans as these unwitting pawns in a social experiment they get to engineer because they believe they’re smarter. Country stars getting political? Be careful what you wish for. You just might get it.

Vince Gill heard a call to action, but it likely wasn’t the one from the media, or political pundits rang. Instead it was from Gill’s inner voice and compass as a composer and artist, shaken as we all are at the fractured nature of our times when even the angriest voices are often quietly yearning for solace and resolution. Gill didn’t get political on his latest album. He got religious, and in a way that sears through all the negative stereotypes about devout people, and the accusations of prejudices that people love to blanket country music’s more traditionally-leaning listeners with. Vince Gill underscores and verifies that true people of faith are not practitioners of judgement and racism, but of compassion, forgiveness, and charity. And that in divided times, they too can provide wisdom, understand, and healing through expression. This is a lesson both the world outside the Judeo-Christian community needs a more involved understanding and reminder of, as do frankly many of America’s religious and traditionally-minded people. And Vince Gill has stepped up to share that important and timely wisdom with the world through Okie. 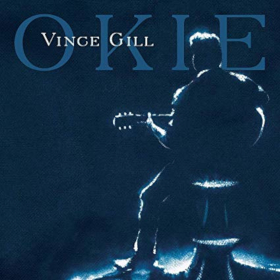 Vince Gill and Okie come completely out of left field in both the power and scope this project contains. We had a sense it would be one of Gill’s most personal records to date, and it most certainly is. And now that the Hall of Famer doesn’t need to hassle with recording radio singles or keeping the suits happy, he can write and record whatever he wants. All twelve of the tracks on Okie were co-written by Gill, and eight were written all by himself. His faith is at the forefront, his concern about the tempest-tossed nature of today’s societal upheaval is sincere, and his wisdom is sharp and biting in a record that speaks to our time poignantly and surprisingly free of judgement. In short, a 62-year-old with grown kids who is well past his commercial prime has released the album that we needed right now, and not because it leans on popular platitudes about social causes, but because it avoids them for the cool and calming nature of eternal truths that regardless of religious affiliations, have always been universally true.

Granted, just the title of a song like “The Red Words” will be a turnoff to some secular listeners (if they get the reference). And even though Vince Gill makes a strong effort to be open and inviting (and it’s not fair to label Okie as a record better fit for the Christian music catalog), the heavy handed religious notions will veer some away from the important messages the record conveys, and understandably so. Also in certain spots, Okie gets a little overly sentimental. Much has been made about his anti-molestation song “Forever Changed,” and Vince has conveyed his own personal story of an inappropriate incident he suffered along with the song. But if we’re being honest, the writing in this instance is a little too mawkish, a little too “After School Special” or “Hallmark Channel” to be effective, despite the importance of the message.

The nuance and open-ended story and moral of the incredible “What Choice Will You Make” is a much better example of the surprising power Okie contains. Where so many want to take a contentious issue like abortion and make it black and white, Gill does what all great artists do, which is use story to humanize a situation that doesn’t have a right answer, only a series of wrong ones you still must choose from, making both sides more understanding of the other’s perspective.

It’s not just the words and songs from Okie that bring a healing, calming feeling over the listener. It’s Vince Gill’s disposition, his singing style, and the production of the record. In his later years, Vince has really perfected the soulful register and style of his voice, and the music of Okie is paired with this perfectly, even if long stretches lack some of the twang and grit most country fans favor. The album does have a very adult contemporary, pesudo Christian radio feel to it that won’t appeal to a wide audience. But there is some meat and potatoes on this record too, like a murder ballad/prison song called “That Old Man Of Mine,” and a twangy tribute to Merle Haggard. Both of these songs come at the very end though, when their energy could have been used in the center of the record.

If Vince Gill makes any outwardly political statements on Okie, they’re of looking back fondly at the way things used to be in “Black and White,” or softly, but assuredly pushing back against this idea that we should even see ethnicity in arguably the project’s best-written song, “The Price of Regret.” In this song, Vince Gill asserts ideas that would have been labeled as very progressive years ago, but these days run afoul of the identity politics that obsesses over labeling people for political expediency. And “personal” really does feel like the perfect way to describe this record as opposed to just a marketing ploy. Songs like “When My Amy Prays” about wife and fellow performer Amy Grant, “Honest Man,” and “A Letter To My A Mama” are songs Vince wrote directly for his significant others.

When you first heard about Okie, perhaps you expected Vince Gill to compose some rag tag version of country music tunes evoking the early sounds of Merle Haggard and notions of Grapes of Wrath, especially when he told you he had sheathed his Telecaster completely for this effort. That still might be there under the surface, but the experience of Okie is much more involved, spiritual, and important. In a time when everyone is engrossed in the here-and-now battles of everyday polarization, when winning in the short term is sacrificed for long-term gains and understanding, Vince Gill tries to exercise prudence and foster understanding. And if approached with an open heart and mind, he succeeds in Okie.