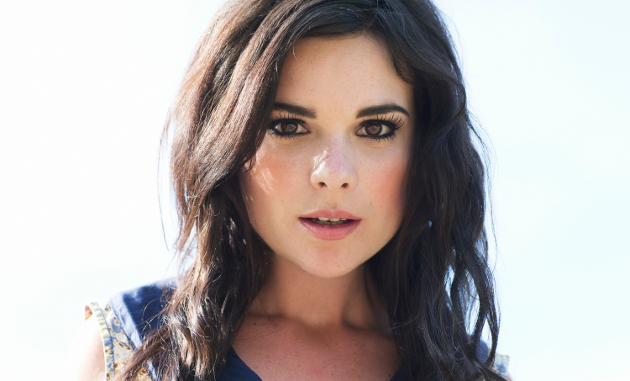 What conspires in the brain of a native Canadian to make them think they somehow possess the experience and acumen to be able to sing love songs to the ways and means of life in South Texas and get away with it as good as its native songsters, or at least in a manner that deserves wide attention? Or perhaps it takes an outside perspective to articulate the true nature of things with a clarity not capable when you’ve been desensitized from the romance from having been born into it, or from being immersed in it for many years.

Whitney Rose is no foreigner to American country music, even if she grew up on Canada’s Prince Edward Island. While growing up she regularly heard the greats of country—artists like Kitty Wells, Patsy Cline, Dolly Parton, and Hank Williams playing on the jukebox at her grandparent’s bar, and you can imagine the mental images these songs conjured of dusty honky tonks in Texas and Tennessee, and what yearning they set in place to see and experience these places first hand.

Despite the purity of her voice and her picturesque features, Whitney Rose is no delicate Canadian snowflake. She toured the highways and byways of the great frozen north hard and heavy for years until Raul Malo of The Mavericks discovered her a few years ago, and fell so head over boots for her songs and voice, he decided to producer and record an album for her called Heartbreaker of the Year.

Now Whitney Rose has relocated to Austin and can be regularly seen playing the famous haunts in the heart of Texas such as Austin’s Continental Club, and Luckenbach. Whitney Rose’s new EP South Texas Suite finds her standing on her own two feet as producer, not just songwriter, and putting together what is tantamount to a love letter to her newfound home where a wellspring of talent from around the country and world has coalesced in the “Live Music Capital.” 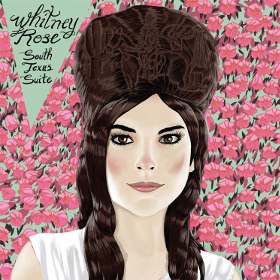 The country-listening folks from central and south Texas see it as a regular affair to step inside a honky tonk and witness the twirling two-steppers both young and old doing the same steps their ancestors did on the same dusty, wooden floors as live country music croons in the background. But to an outsider, especially one whose mystique in such things was only enhanced for years by the distance, it can be something of magic. This is how Whitney Rose can craft a song like “Three Minute Love Affair.”

“We ain’t got no future, and we got no history,” Whitney sings about the way a randomly-selected two-step pairing can be both incredibly intimate, yet innocent all at the same time—a far cry from the bump and grind that makes the modern American dance club scene feel so unqualified to carry the same weight of moments as a honky tonk. The old school “Blue Bonnets” also does a remarkable job of putting you in a time and place apart from the modern din of uninspiring moments in a portrayal of love enhanced by simplicity.

But the South Texas Suite isn’t just about Texas, it’s also about Whitney Rose. “Analog” is a pronouncement of her old soul qualities, and how she prefers the things and places of the past as opposed to the antiseptic feel of modernity. “My Boots,” which may be the best selection from the five-song set, lets you know that Whitney may be steeped in a mindset of the past, but don’t mistake that as a sign that she’s not strong-willed, especially when it comes to asserting her own fashion sense and personality, be damned who finds it silly. The song also shows off Whitney’s incredible vocal range and skill.

The hook of “Looking Back on Luckenbach” feels a little forced, but the song will mean something to those who Luckenbach means something to. Another asset not to be looked over from the South Texas Suite is the instrumentation from the select group of Austin musicians assembled to see this project through. The fiddles, the conjunto squeeze box on “Three Minute Love Affair,” and the mere presence of Bryce Clark, Redd Volkaert, Earl Poole Ball, and others that make Austin, TX such an amazing nexus for musical expertise, also make South Texas Suite something worth seeking out.

Listening to Whitney Rose’s South Texas Suite can elicit a magical image of what the Texas music scene is all about. In truth, many of the honky tonks are under siege, the musicians are being forced to leave, and a lot of what makes the region special is getting trampled under foot. Sometimes it takes a bulldozer digging its blade into the side of a building, or an imminent domain notice to appreciate the history and character of places that are slowly getting lost through time. The truth is Austin is not like what is portrayed on the South Texas Suite. That only still exists in tiny little enclaves dotted throughout the city as the encroachment of boxy, prefabricated high rise developments casts shadows over these dying institutions, and the people that love them.

All the more reason to experience them while you can, put that love into song, and preserve the memory while these moments last. This is what Whitney Rose does on South Texas Suite.