Perhaps it would be easier to just sally forth as a solo artist from here on out, but as BJ promised in April, “American Aquarium isn’t going anywhere. Like most things in life, band members change, however these songs and my dreams of playing them for folks every night do not. I’ve had to replace 20+ band members over the last decade and this time, although much harder, will be no different. If you’ve ever met me, you know that there isn’t an ounce of quit in me.”

And so American Aquarium retooled, and in the image of where American Aquarium has been hanging out most these days—the Texas music scene. The new lineup includes drummer Joey Bybee, who is known for his work with the recently-disbanded Texas band the Crooks. Damn Quails bass player Ben Hussey and guitarist Shane Boeker also fill out the new lineup, which gives American Aquarium a majority of Texans in the band to vote Whataburger over Wendy’s for lunch. And Nashville-based pedal-steel player Adam Kurtz, known as the frontman of the Buck Owens tribute band Buck N’ Stuff, also helps fill out the lineup. It is unclear how Kurtz feels about Whataburger.

With the revamped lineup, American Aquarium headed out on a fall tour, making a stop at the legendary Gruene Hall on Saturday night (9-10). Despite the new players, the set was tight, BJ was energetic as always, and it appears the American Aquarium took a punch to the gut but got right back up to beg for more. Its BJ’s doggedness in the face of adversity that makes American Aquarium easy to root for, even if his unrelenting tour schedules are likely one of the reasons it’s difficult to keep a lineup together.

Jamie Lin Wilson also showed up to support American Aquarium’s new lineup, and sang a couple of songs with the band. Saving Country Music photographer Brad Coolidge was on hand to capture it all, and help introduce the new lineup to those folks looking forward to the future dates on the current tour. 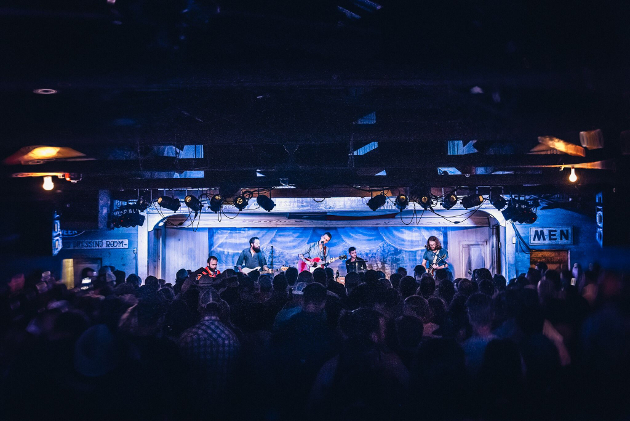 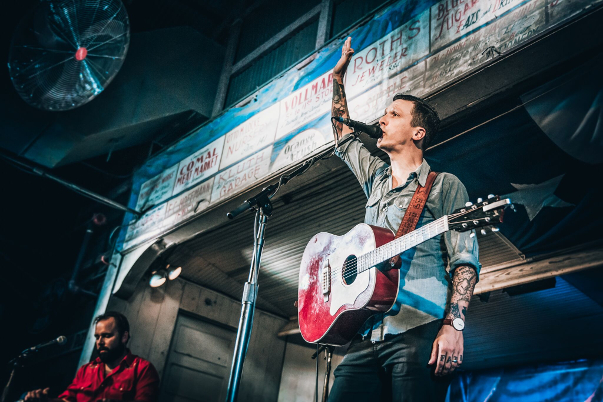