Archive of the Death of Hank Williams

It was 60 years ago today that the legendary Hank Williams passed away in the back seat of his powder blue Cadillac in Oak Hill, West Virginia en route to a performance in Charleston, W. Va. Hank died of heart failure thought to be brought on by the combination of alcohol, pills, and morphine administered for an ailing back, but the death continues to be shrouded in some mystery to this day.

Jett Williams in a recent interview asserted that more people, including a relief driver and Hank’s doctor were present at Hank’s death. A tracing of Hank’s final ride by Peter Cooper of The Tennessean was re-published this weekend, and Michael Williams of the Sevier County News has another good account of Hank’s final ride.

Below are some of the archives recounting Hank’s death, including newspaper clippings and obituaries, telegrams, the death certificate, and the death announcement audio from WCKY radio.

Hank Williams’ funeral was the largest in Montgomery, Alabama’s history. Over 25,000 people attended, but only 2,750 people were able to get into the Montgomery Municipal Auditorium to see Hank. The pictures below are from the Sevier County News. The first is of the funeral procession. The second is of Charles Carr, the driver during Hank’s “Last Ride” consoling Hank’s sister Irene. 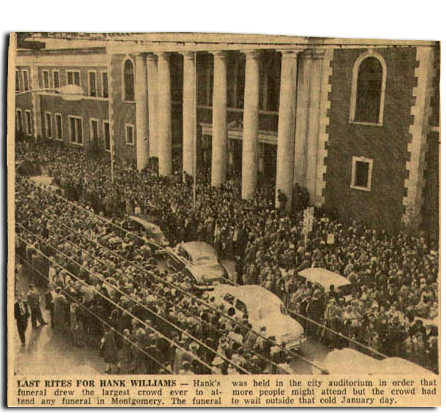 Pictures of The Boarding House and Hank’s open casket from Angel Fire. 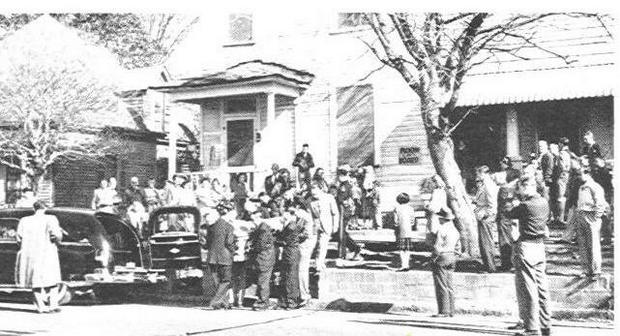 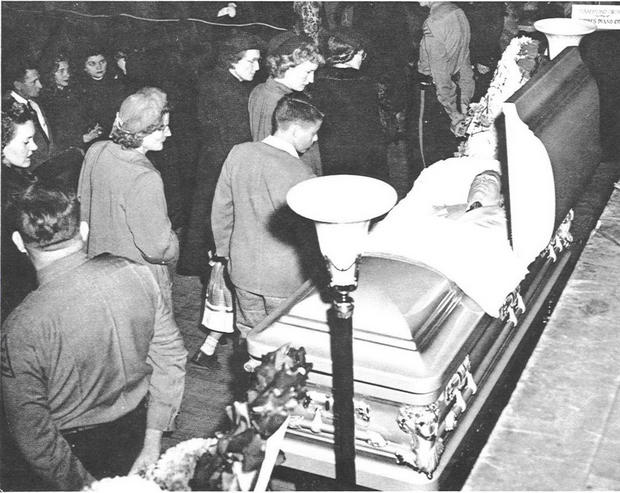 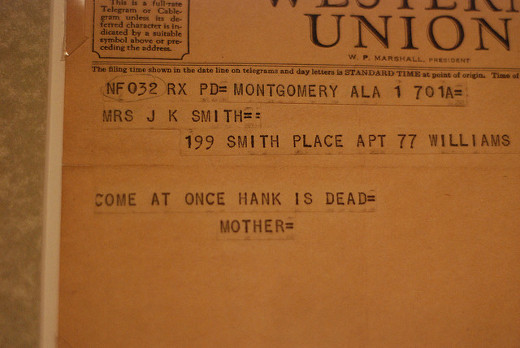 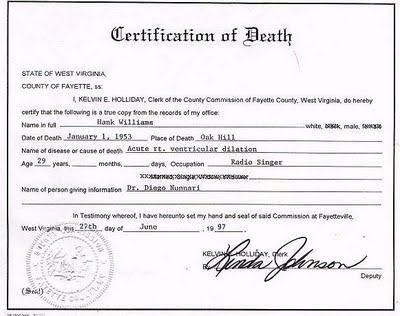 Audio from the Hank Williams Funeral

The grave of Hank and Audrey Williams 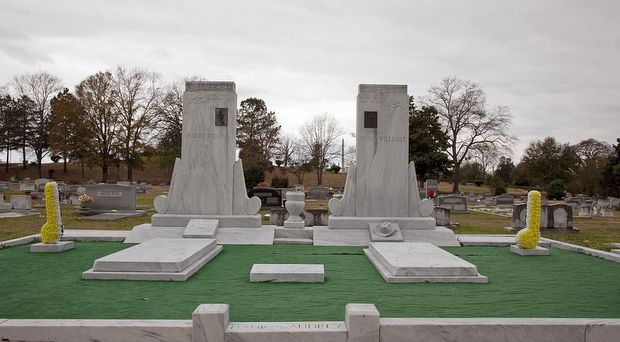