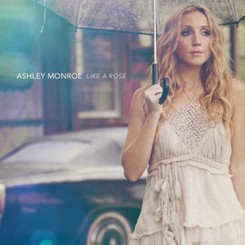 What in the world is Blake Shelton thinking doing some tired, crusty, old-sounding country shuffle with an artist nobody has heard of? Is he trying to apologize to all of the “Old Farts and Jackasses” he insulted last month? Is it some sort of PR spin control thing? Because the only people who will ever listen to this song are Geritol-drinking old farts who yell at kids for playing on their lawn and and watch 60 Minutes before going to bed by 8 PM. And as Blake Shelton said, and I quote, those people “…don’t buy records anymore, jackass. The kids do.”

So this song talks about Dolly Parton and Porter Wagoner, but do people even know who Porter Wagoner is anymore? And more importantly, does anybody care? They barely even know who Dolly Parton is, and that’s mostly because of her boobs. People don’t even know who Ashley Monroe is for that matter. The only reason I know of her is because she’s in that Pistol Annies thing with Miranda Lambert, and I guess that’s how she landed such a huge country star to duet with her that oh yeah, happens to be Miranda’s husband. Coincidence? I think not. I’m sure Blake did this stupid song in exchange for not having to do a weekend’s worth of honey do’s around casa Lambert. If anybody was wondering who really wears the pants in that relationship, look no further than this song.

Seriously, this song sounds like something my grandparents would listen to. It would go great with a bowl of Werther’s Original. And in it Ashley says, “You’ll probably see me country singing on The Voice someday.” Oh honey, don’t get too full of yourself. Miranda may have twisted Blake’s arm to perform on your little album, but NBC will never allow all those fiddle and steel guitar breaks in prime time. This isn’t 1975. You said it best in the song when you said, “I’m the reigning queen of Karaoke night.” And that’s all you’ll ever be if you keep writing and singing these outmoded, irrelevant, and out-of-touch tunes that name drop country performers that nobody cares about anymore.

Now that Blake Shelton is the reigning Country Music Association Artist of the Year, he has to be more careful about what he puts his name on. Since he gets to decide the direction of country music, he can’t be putting out songs like this or people are going to start thinking this is what country music is supposed to sound like. Can you imagine this song on the radio? Ha! Country music must evolve, and “You Ain’t Dolly” goes totally in the wrong direction.