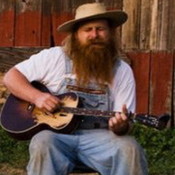 If you’ve ever listened to Willy T’s music, it doesn’t take long to catch on that he’s a fan of baseball. And living less than two hours from the Bay Area, it’s not surprising he’s a fan of the San Francisco Giants that are up 2-0 in the World Series at the moment. Willy has a poetic way of pointing out the simple joys and beauties in life, thus enhancing your appreciation for them through his music. That’s Willy’s gift, and one of the reasons his song “Life Is Beautiful” from the album 4 Strings won the Song of the Year at Saving Country Music in 2011.

On that same 4 Strings album is a song called “Letter To Zito”. It sort of strikes out into a strange territory compared to the rest of the album. Willy is so light and poetic, baseball seems like such a mundane topic to delve into with such depth for a whole song, and especially about a specific San Francisco pitcher. But in other ways, this presented the greatest challenge to Willy’s songwriting, and by the success of the song, it presents one of the album’s greatest feats.

Barry Zito is a 34-year-old pitcher for the San Francisco Giants who originally came up with the Oakland A’s right across The Bay, winning the American League Cy Young Award in 2002. As a free agent in 2006, Zito signed with San Francisco for what at that time was the biggest contract ever given to a pitcher in history. After signing the big deal, Zito became an average pitcher at best in San Fran, hearing it from fans because of his massive contract, not even making the post-season roster in 2010 when the Giants went on to win the World Series. 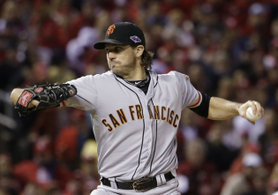 As a life-long Texas Rangers fan, I have no love for Barry Zito. As an Oakland A in the same division as the Rangers, he cost my home team many wins, including the 100th of Zito’s career that came against the Rangers. And when the San Francisco Giants World Series win in 2010, that came against my beloved Rangers as well.

But going back to the idea of writing a song about the phone book, a great songwriter can take a subject that on the surface may seem inane, or even something one is averted to, and point out the beauty and worth of that thing. That is exactly what Willy does in “Letter to Zito.”

Written when Zito was at the lowest point in his career, with fans across the Bay Area wailing on him for his lack of effort, Willy Tea, a life-long Bay Area baseball fan, wrote this sweet, colorful, and creative letter to a man who had brought him great joy through the sport of baseball over many years. Willy Tea wanted to give back, and he did so by doing what he does best: reminding us that the point of baseball, or anything is not to win, but to appreciate the joy it brings you in the journey, and to allow that joy to propel you through life.

A “Letter to Zito” conjures up a mythical baseball team from the past called “The Wahoos” that played baseball to live. “They had ground balls for breakfast, they had fly balls for lunch. They loved victory for dinner, sometimes it weren’t much.” The Wahoos would travel from town to town, playing baseball in any town they could.

The only thing they lived for, was just playing ball. Baseball that’s all, it was their God-given call.

So Zito my brother, well this is your time. Fuck all those Yahoos, remembers the Wahoos

And Zito, you’ll be just fine

In 2012, the year after Willy Tea released the “Letter to Zito”, Barry Zito has been doing more than just fine. The Giants won his last 11 starts of the season, and his first two starts in the postseason, including against the Cardinals in the NLCS when Zito threw 7 2/3’rds scoreless innings. Appearing in the first game of the 2012 World Series, Barry Zito shut out the Detroit Tigers. And unless San Francisco sweeps the Tigers, there’s a good chance Zito will take the mound for the 2012 World Series deciding game.

When nobody else believed in Barry Zito, Willy “Tea” Taylor did. And just like he does for all of us with his music, Willy reminded Barry what was really important about baseball, and about life.