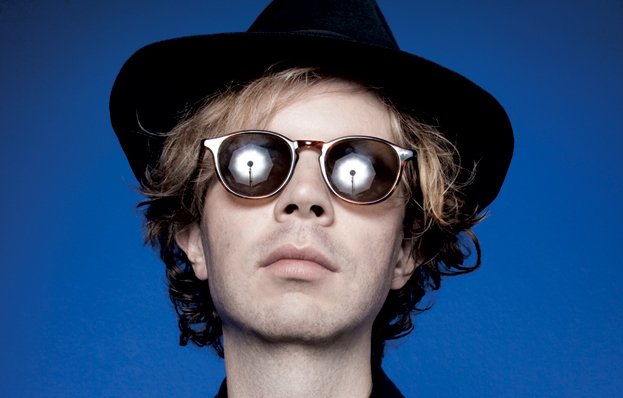 What on God’s wide creation would persuade the proprietor of a country music website to take the time and effort to compose a dissertation on some album by a pasty-skinned genre bender released over 15 years ago that has little to nothing to do with country music and doesn’t even comprise one of the more popular titles from his catalog?

I’ll tell you why, because Beck’s 1999 album Midnite Vultures is the perfect parody, the consummate rickrolling, the timeless tear down of the ridiculous disco country EDM hip-hop mush that is quickly becoming the prevailing style of “country” music today, and does so with such acuteness and alacrity, it can inspire shivers. That’s right. If you were looking for the perfect parody album of what you hear coming out of your country radio today, this would be it. How is that even possible you ask? Did Beck have the clairvoyance to peer into the future? Well of course he didn’t. He just made a record that’s timeless, while today’s country music is making mistakes that are classic.

Scanning through the output of Beck’s twenty-plus year career, few would pick Midnite Vultures out of the choir as either their favorite, or the most influential. Such distinctions are usually reserved for his mishmashed break out Mellow Gold from 1994, or his commercial high mark Odelay with the Dust Brothers in 1996, or his more subdued efforts such as Sea Change from 2002, or Morning Phase, which was the surprise Best Album winner at the Grammy Awards in 2014.

But stuck in between all of these projects may have been Beck’s most expansive and expressive work ever. Slathering itself head to toe in oversexed, ultra-shallow subversion, and then stacking upon itself layer after ridiculous and cumbersome layer of technological grotesqueness, Beck constructs an anti-masterpiece that is as brilliant as it is entertaining, original as it is redundant and parody, and enjoyable as much for its irony as its artistry.

In Midnite Vultures, Beck procures all of the most obvious audio markers of the seedy club scene where self-awareness suffers, shallowness is rewarded, and sexually transmitted diseases travel like wildfire. Or like Beck says in the song “Milk & Honey,” “I can smell the V.D. in the club tonight.” 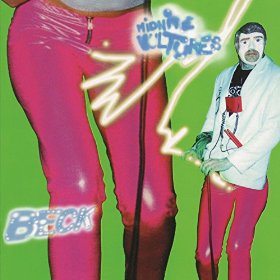 Beck pulls his inspiration from varied sources like Prince, Grandmaster Flash, Kraftwerk, along with the high falsettos of 70’s disco, Ebonics jargon, varied EDM meeps and buzzes, and urban colloquialisms to concoct a timeless soup of clichÃ©s that he then underpins with structural brilliance on the back end. The result is something that is hilarious and enriching no matter what era you’re looking to mock, because the underlying lesson is there always has been and always will be douchebags trying to get laid who listen to bad music.

The ridiculous misogyny of the super-ballad “Debra,” where Beck’s falsetto would color Barry Gibb impressed, and the story of a superfly stag trying to get with a girl’s sister he thinks is named Debra, is a better illustration of self-awareness deprivation prevalent in much of popular culture than anything the written or spoken word could ever present. “Hollywood Freaks” with its lazy-mouthed intercity blab, and layer upon stupid layer of percussive techno awfulness, somehow make audio sense of the Los Angeles street culture.

And a song like “Get Real Paid” lampoons the whole mindless EDM obsession by making such a spectacle of technological sound (including an intro which sounds like a robot trying to obsessively open the locked metal door of a convenient store bathroom while you’re trying to take a dump), creates a warm place in your heart to know you’re not the only one that sees the 1’s and 0’s that most modern music leans on as a soul-less crutch.

But don’t give Beck too much credit for this entire album being only about social commentary and screwing with the music fans we hate for our own private enjoyment like a bunch of backbiting hipsters. There is most certainly that element to this enterprise, but what takes Midnite Vultures to the genius level is that the end result is music that can be enjoyed either by listeners with an elevated level of understanding about the concepts being expressed, or the slightly lower-scale listeners who just really like to hear EDM disco-infused dance club music R&B that may have a little more advanced structure.

Because regardless of the irony involved, dissecting the music of Midnite Vultures, your only possible diagnosis to come to is this is smart music, and the album is also an homage to a lot of the great old-school R&B that it borrows from. This isn’t the traditional approach of fighting fire with fire. Though there may be that dimension, Beck still wanted the result to be a really impressively-structured and elevated effort, and that’s what Midnite Vultures is. That is also why it has withstood the test to time to where even if one listens to it today, it shines a light to expose the transparency of artists such as Sam Hunt, and now Thomas Rhett, Brett Eldredge, and others who think their disco country is in any way evolved or fresh.

In fact in the opening song “Sexx Laws”—possibly the most-recognizable track from the album—the final segment of the song finds heavy doses of banjo and steel guitar being played by the likes of Herb Pederson and Greg Leisz. The horn sections, and the falsetto vocals on Midnite Vultures are strikingly similar to the style so many mainstream country stars are trying to strike now (though in a much more devolved state), and will likely continue to try and ape for the next 18 months or so until the craze crests and gets killed off by the next hyper-trend.

But the allure of Midnite Vultures will linger on. Beck even included a couple of moments like the more traditionally-Beck-sounding song “Broken Train” where he actually sings in his normal voice and shows interesting structure to xylophone driven melodies, while guitar and layered vocals create a heady and entertaining experience.