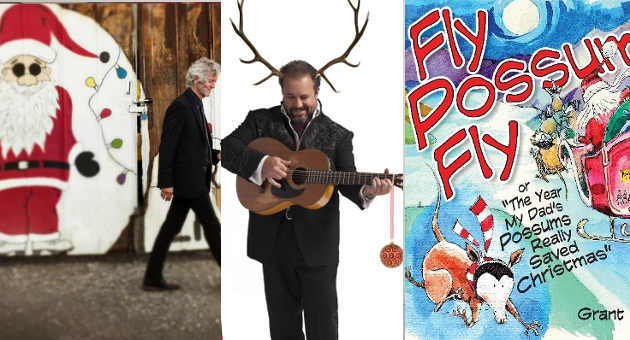 Usually Christmas music gets shoved to the back burner around these parts, but this year there is such a surprising amount of quality selections of Holiday music being released, it’s worth a dedicated roundup. So if Christmas music is your thing—especially with a country or roots kick—give a gander to what 2018’s got in store, and/or listen to the playlist below.

The amount of Christmas albums from cool country and Americana names in 2018 is downright daunting. Let’s start with Aaron Watson, who has promised a family Christmas album for a while, and we get one this year. It’s not just family in name. Aaron’s wife Kim Watson, along with children Jake, Jack, and Jolee Kate all participate in the project, and though it includes mostly Christmas standards, it starts off with the well-written and fun “Lonely Lonestar Christmas.” 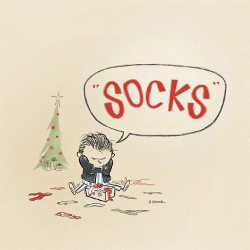 JD McPherson is the King of throwback roots rock, and now he can add a Christmas record to his resume. Socks is a cool musical stocking stuffer, and finds JD doing what he does best, which is reminding you of the golden era of music when pop was so much more palpable than it is today, and launched an entire legion of Christmas standards. This isn’t just one of those Christmas records that rolls through the old carols, it tries to make some Christmas traditions of its own.

If you want to talk about the perfect roots artist for singing Christmas tunes, there’s possibly nobody better than Raul Malo and The Mavericks. There’s a reason Malo is regarded as one of the greatest singers of our generation, and folks who’ve seen The Mavericks perform live near the holidays know that Malo is a master of all the old Christmas favorites. But like JD McPherson, Raul and The Mavericks aren’t interested in just running through the same old standards, releasing 10 original songs in Hey! Merry Christmas!

If you want a more offbeat approach to Christmas music, 2018 has you covered there too, and in a couple of different ways. That’s right ladies and gentlemen, Rodney Crowell now has a Christmas record, and it’s called Christmas Everywhere. It’s has a bit of the bah humbug spirit mixed in with some ultra-saccharine Christmas tunes almost to be funny. It also includes appearances by Brennen Leigh, Lera Lynn, and Mary Karr.

Otis Gibbs says he grew up so poor, they didn’t even celebrate Christmas in his household, and he never received presents. That’s probably the best way to set the table for his Christmas record called Once I Dreamed of Christmas. With songs like “Crap For Christmas,” and “Lloyd the Reindeer” about a dropout sleigh puller who gets in a skirmish with Santa, it may not set the yuletide gay, but it will put you in stitches. 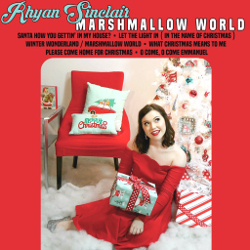 You may expect to get a bluegrass-style Christmas record when you see the world-class duo Dailey & Vincent on the cover, but their album The Sounds of Christmas is a pretty straightforward and electric collection of Christmas tunes. If you want something a little bit more rootsy, original, and interesting, try the Marshmallow World EP from Kentucky up-and-comer Rhyan Sinclair. The 17-year-old’s original song “Let The Light In (In The Name of Christmas)” might be the best new Christmas song of the season.

Some other 2018 Christmas Releases Relevant to the Roots World:

And if you’re looking for some more newer releases to round out your Christmas listening, check out An Americana Christmas featuring various artists such as Emmylou Harris and Corb Lund released by New West Records in 2014, Bloodshot Records’ 13 Days of Xmas from 2017, Kacey Musgraves’ A Very Kacey Christmas from 2016 is never a bad selection, and if you’re looking for something instrumental in nature, check out Joel Patterson’s Hi-Fi Christmas Guitar from 2017.

A selection of some of the best new Holiday songs for 2018 (and “Christmas in Dixie” by Shane Owens from 2017) can be streamed on Spotify or on Google Music, or can be found in the playlist below.