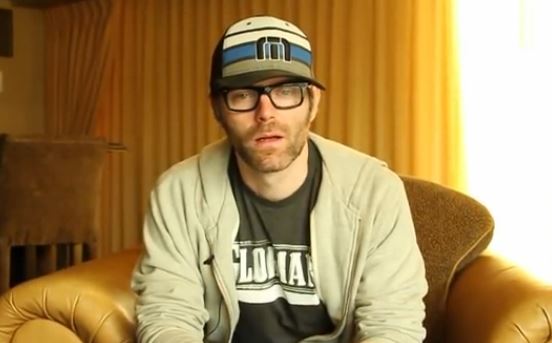 Why doesn’t this asshat move on to hosting game shows already?

On Wednesday morning (9-3) the nominations for the 2014 CMA Awards were unveiled, including the nominees for the CMA’s National Broadcast Media Personality, of which apparently Bobby Bones though he was a shoe-in for. And when his name didn’t show up on the ballot, he took to Twitter to bitch like the spoiled, self-entitled, self-centered prick he is.

Of course he began by putting the onus on his fans, like he always does. “Everyone calm down. I dont have to win every award. Getting 1000, ‘how are you not up for CMA personality of the year’.” he said.

Bullshit. The only people paying attention to the broadcaster awards yesterday were broadcasters and media. The broadcast nominees were not published by any major media outlet. Bobby is trying to shield himself by using his fans. He was butt hurt when he wasn’t nominated, and proved this as time went on. Bobby Bones continued,

“its not an ‘injustice’. I simply don’t play the political games the format is known for. Also Jason Aldean got screwed too! Id like to thank the almost 500 radio stations Im on & you the listener for the millions of $$$ we’ve raised for charity this year,”

This charity card is another indolent, insulting, and misrepresenting card Bobby Bones overplays predictably. Just because you give to charity doesn’t absolve you of all your sins. Why doesn’t Bobby Bones set up a charity for the hundreds of local DJ’s he’s put out of work, or the thousands of people laid off by Clear Channel in the most historic and sweeping homogenization and nationalization of a cultural institution since the dawn of American media? Give all the money to charity you want. It will never make up for the damage of poisoning people with the cultural filth broadcast on the Bobby Bones Show to millions every morning.

Bobby Bones continues, “going to need a lot of old people in this industry to retire or die before the Nashville “guard” lets something new get recognized.” And then he caps off what appears to be a threat. “Im going to find out who you are. Don’t worry.“

On this final thread, Bobby Bones does have a point. The CMA oligarchy is a cloistered and inbred bunch who is generally non-conducive to letting outsiders in. But in the case of Bobby Bones, they’re just trying to protect their own. The reason the CMA is not showering Bobby Bones with accolades is because he’s put so many of their own out of work, and out of business. The reason the CMA is seen as the most important governing body in country music is because it is tied deeply to radio, not just labels, making it the widest representation of the country music body. If Clear Channel and Bobby Bones had their way, there would be no other country music morning DJ in the entire nation other than Bobby Bones, and this dream is quickly becoming a reality as more local DJ’s who have very personal relationships with their communities and do many great charitable services for their locales are being lost to national syndication.

“I somewhat expected it,” Bones told The Tennessean. “But I have to voice my displeasure. We’re the biggest morning show in the country, killing the other stations in Nashville.” That’s right, “killing” is the optimum word there. There’s no competition when it comes to Bobby Bones. Bobby Bones has no respect for the cultural institutions of country music, including its legendary stations and DJ’s. They’re all just a bunch of old farts that need to get out of his way because he’s so awesome. And that’s the reason he wasn’t nominated, and shouldn’t have been nominated.

And then Bobby Bones really showed his ass by saying, “Awards in the end aren’t anything but dust collectors.”

But wait a second. If they’re just “dust collectors,” why all the hubub? Why even address the situation? Why does it even matter? Why did Bobby Bones make such a huge deal about winning the Academy of Country Music Country Music On-Air Personality of the Year in April? In fact, Bobby Bones shoved his ACM trophy in Saving Country Music’s face in April. If you have so little respect for the CMA’s distinction to call it a “dust collector,” why would the CMA ever consider bestowing it to you?

Bobby Bones is the single-most driver of cultural homogenization in America, and is the scourge of the airwaves. Hats off to the CMA for recognizing this, and not giving him a distinction he doesn’t deserve, and admittedly, doesn’t respect. A CMA Award is supposed to be about quality, not quantity. And that’s something Bobby Bones, and Clear Channel don’t get. 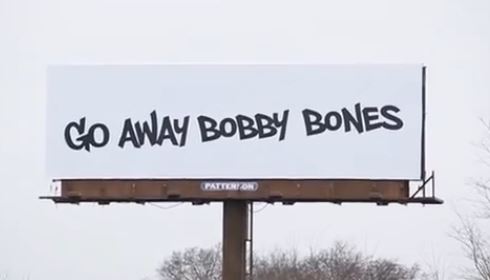