Bro-Country Is Just The Symptom. Here Are The Causes 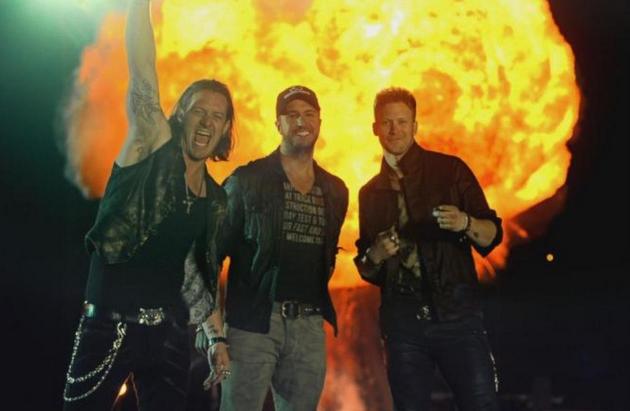 Yeah, yeah, bro-country sucks. As satisfying as it is to finally see the rest of the American media waking up to a problem that had actually been gripping country music for half a decade before Vulture’s Jody Rosen unilaterally coined the ill-begotten “bro-country” term, it’s only because it has been festering now for so long and rising like spasmic bile up the charts that the stench has finally reached the noses of the country music and culture-wide literati that it can no longer be ignored.

READ: As Predicted, “Bro-Country” Is Now a Term of Endearment

Saving Country Music has been showing concern about laundry list /country checklist songs (the precursors to the “bro-country” term) for years. People say, “Complaints about country music, and what country music is have been happening ever since the beginning of the genre.” You’re damn right they have been, and they always will. Why? Because these complaints are predictable and inane? No, because country music is too damn important to the fabric of the American culture to just let it get trounced and run into the ground by anyone who decides to slap “country” on whatever musical concoction they’ve cooked up and want to peddle to the masses. The complaining about country music isn’t shrill commonplace whining that should be cast off as superfluous, it is vital, healthy dialogue about an American institution that an effort must be extended to care about and preserve to ensure its value and enjoyment for future generations.

And don’t tell me “Well there’s still great stuff out there. Let’s just focus on that.” That sentiment is elitist and selfish. Sure, we should focus on good stuff too, but everyone has a right to good music, and good music sounds better when it’s shared, so the fans of bro-country shouldn’t be ignored but converted, especially when so much good music doesn’t enjoy the support it needs to be sustainable, and needs more patrons if it is going to continue.

As for bro-country, it’s just the bad flavor of the month when you look at country music from a more broad perspective. It is just the boil indicative of more serious underlying issues that have set country music on a precarious course that yes, warrant all of the additional concern and hand-wringing about the direction of the genre and its potential demise.

Bro-country won’t be defeated by bitching about it or by trying to fight bro-country itself. There were fundamental issues with how country music and the rest of American culture was being governed that led to the phenomenon. So even if you clear up the boil of bro-country, it will only return or be replaced by something even more unwanted if you don’t fix the fundamental problems. That is why off-the-stage issues facing country music are so important to pay attention to and tackle.

Here are some of the causes of bro-country:

When Billboard changed its chart rules in October of 2012, especially concerning the rule that allowed “crossover” songs to be given extra credit by being played on pop radio, it put country music, and every non pop genre on poor footing for dealing with songs with pop radio potential. As Saving Country Music said at the time:

If Billboard’s rules stay in place,the effects could be somewhere between dramatic and historic. The first and most obvious effect will be the new Billboard charts drastically favoring “crossover” country stars and other country stars with pop appeal …. A&R personnel at record labels big and small decide what singles get released to radio, what songs to promote, what artists to sign based on very close attention to charts such as Billboard. If “crossover” artists and songs are given a new advantage on the Billboard charts, its only a matter of time before labels and artists begin to produce more songs that will attain the crossover appeal to gain more chart traction.

This is exactly what we have seen by big bro-country acts like Florida Georgia Line and Luke Bryan. Bro-country singles rocket straight to the top of the charts and stay there, boosted by plays on pop radio, and downloads by pop consumers. This was evidenced most especially when Florida Georgia Line’s song “Cruise” became the longest-charting #1 song in the history of country music.

Label managers and artists see this success, and they start looking for similar songs, and starting signing comparable artists, and next thing you know you have artists like Cole Swindell and Chase Rice bolstering the bro-country ranks until bro-country positively dominates the entire format.

What are the earmarks of bro-country? A lack of depth in lyricism and melody. Since many Americans are no longer being educated not only in the fundamentals of the musical language, but for what to listen for in music, the growing appeal of mundane and culturally-deprived music should come as no surprise. But the benefits of music and fine art education go much farther than art itself. Study after study proves that music and art education helps students in other subjects, encourages the study and openness to new ideas and other cultures, and generally boosts intelligence. The lack of music education speaks to the root of why consumers find appeal in less complex, and less diverse music, but why they also don’t recognize the lack of diversity and choice the bro-country trend is creating.

Since 80% of all radio playlists in the United States match thanks to rabid radio consolidation into the hands of a few select companies, it has made country music and all American music susceptible to hyper-trends like bro-country. One or two big companies like Clear Channel and Cumulus flipping a switch can cause an entire cultural phenomenon. This was illustrated perfectly by the HereIt Blog . 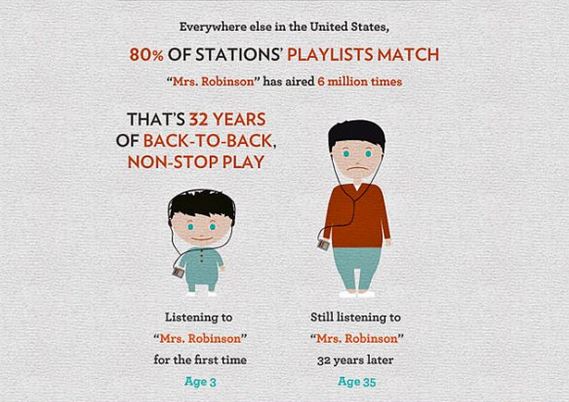 Lack Of Female Representation in Positions of Power

Sheryl Crow was one of the first to broach this subject when she said to The Hollywood Reporter, “I’d just like to see more than three women get played at radio. And that’s not just because I’m a woman. I just feel like, gosh, a huge population of record buyers are women. Why aren’t there women getting played at radio? Why aren’t there more female program directors? There’s, like, two! I don’t understand it.”

As Billboard later pointed out, “While in reality there are slightly more than two female programmers at country reporting stations, her point is valid. Women PDs represent just a tiny fraction of the whole. And the leadership issue extends well beyond radio: Women comprise just 15% of the CMA board of directors and 19% of the Academy of Country Music board. Only slightly better is the Country Radio Seminar board of directors, whose seven female members represent 21% of the overall board.”

The lack of female representation in the seats of power in country music have facilitated the sexist and condescending notions that bro-country symbolizes both in song and in cultural significance will little to no resistance.

Other Causes of Bro Country

” The Lack of a Country Music Talent Farm System

” The Myopic Focus of Country Music on Youth