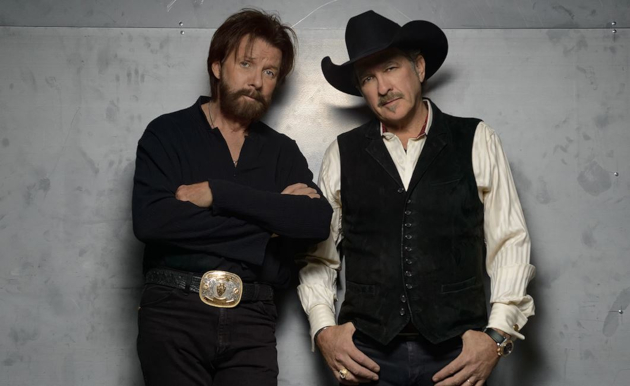 In March, legendary country music duo Brooks & Dunn were announced as the newest inductees to the Country Music Hall of Fame in the Modern Era category. Now the duo will receive the honor of having their legacy and contributions to country music commemorated in an official exhibit at the museum. Called “Brooks & Dunn: Kings of Neon,” it will open on August 9th, and cover their time all the way from solo performers, to becoming one of the biggest and most decorated duos in country music history.

“It’s so cool to have an exhibit at the Country Music Hall of Fame and Museum,” Ronnie Dunn said in a statement about the exhibit. “When you’re reminded that what you have created is part of history like that, it’s beyond humbling. I’m so, so proud.”

Brooks & Dunn were a commercial powerhouse duo in the 90’s if there ever was one, and is the most commercially successful and award decorated country music duo of the modern era. The pair’s first album Brand New Man sold 6 million copies, and they won the CMA for Vocal Duo of the Year every year but one between 1992 and 2006—a historic feat. They also racked up 20 #1 singles, including widely-recognized standards of country music such as “Brand New Man,” “Neon Moon,” “My Maria” written by B.W. Stevenson that went on to be the biggest song in all of country in 1996, and “Ain’t Nothing ‘Bout You” that was the biggest song in 2001. They also had 19 more Top 10 singles.

The exhibit will include all this information and more on the legendary country duo, as well as artifacts from their career, including dozens of their awards, guitars and stage clothing, and other mementos like the early draft lyrics to “Red Dirt Road” written by Ronnie Dunn.

“Ronnie and I are really fired up about having an exhibit at the Country Music Hall of Fame and Museum,” says Kix Brooks. “We’ve shared some of our favorite things with the museum over the years, and it’s going to be really special for us to revisit those moments from our career, especially in a format like the Hall that reaches all generations of fans.”

Brooks & Dunn officially disbanded in 2010, but reunited in 2015 to play shows opening for Reba McEntire, and now make appearances together on a semi-regular basis. The duo will be officially inducted into the Hall of Fame later in 2018 in the annual Medallion Ceremony. “Brooks & Dunn: Kings of Neon” will run from August 9th, 2019, until July 19, 2020.