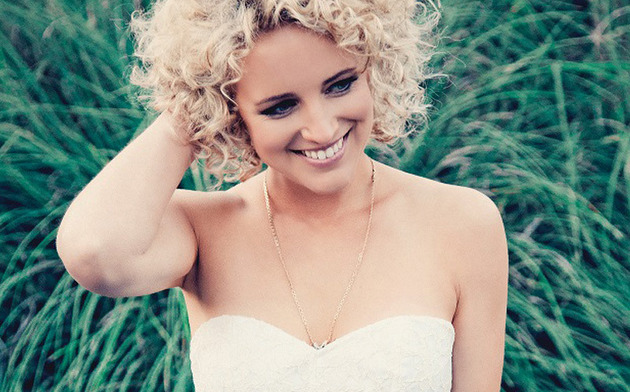 The artist known as Cam, best known for her breakout single “Burning House,” was on 92.5’s Electric Barnyard show with CMA and ACM-nominated DJ Broadway last week. And as Broadway is apt to do upon occasion, he pulled a disparaging quote from Saving Country Music to read to Cam to get her reaction and response. Cam’s debut album Untamed was given a mixed review by Saving Country Music. Her song “Burning House” was reviewed slightly more favorably.

“He said he doesn’t understand you. He said, ‘What’s her sound, what’s her style, what is she trying to say? What role does she play in country music?'” Broadway said to Cam.

“I think what I’m all about is interesting melodies,” Cam responded. “I have a lot of weird influences, and that’s why I think I love this album. The lyrics are about as real as you can be, so hopefully it’s embarrassing. Like it’s really intense for me to sing ‘Burning House’ … I fucked up a relationship … and it’s super embarrassing to admit that and talk about that. So the lyrics are trying to be as real and raw as possible. And the melodies, I’m trying to make them as interesting as possible. And then what we do with the production is instead of kind of max out as many tracks as possible which is what a lot of country artists have traditionally been doing … [We] tried to have space for each instrument to live on its own and have breathing room and be as big as it can be so you don’t need to pack as much on, but still deliver a ride.”

At 31-years-old, Cam is able to answer questions from media with significantly more thought and wisdom behind her responses than what we’re used to with most new mainstream country artists, and this also affects her music. “I have lived like a lot of life,” she says. “And not that I’m super old or anything, but I don’t know what it would be like to be doing this at like 18. I don’t even know how you would know what to sing about.” But even though she nodded in approval when Broadway asked her if she knew about Saving Country Music (though the tape looks edited), what Cam said later seemed to imply that she thought it was a “radio-friendly music blog.” Though she still made some fair points.

“Sometimes it’s easier to cut through in a commercial way when you’re trying to have one sound that people in one sentence can turn around and say, ‘Well you’ve heard of Cam, she is THIS.’ And that’s the easiest way for people to talk about music. And so when you’re trying to spread things on a mass level, if it’s easy to describe in like one sentence, which I think a lot of commercial albums … like a lot of the songs sound very similar, so it’s easy to do that … For me, all I was trying to do was do was literally do the songs that I wanted to do exactly how I wanted to do it because I actually made this whole album before I got signed. So I raised money on Kickstarter, and we made all of this how we thought we wanted to make it. So there wasn’t any like Nashville person saying, ‘You should be this,’ or ‘This is the lane you should fill or role you should be.’ So that’s probably why it might not be as easy to understand in the, you know (making quotation marks with fingers) radio-friendly music blog world.”

Certainly Saving Country Music’s concerns with Cam are not that she doesn’t fit well in the busy, soundbite world. If anything, the simplicity of her music and her uniqueness in the country marketplace is her saving grace. Cam has received tremendous critical reception from many sectors of country music. Saving Country Music’s concern is less about choosing a lane, and more about trying to find what she can offer that is more unique than just being the one thing on country radio that isn’t over-produced … except when you start delving deeper than “Burning House.”

But Cam is not the problem with country music. Far from it. It’s just hard for this hard-nosed critic to squint and see the solution.