Charley Crockett is a Big James Hand Fan, & You Should Be Too 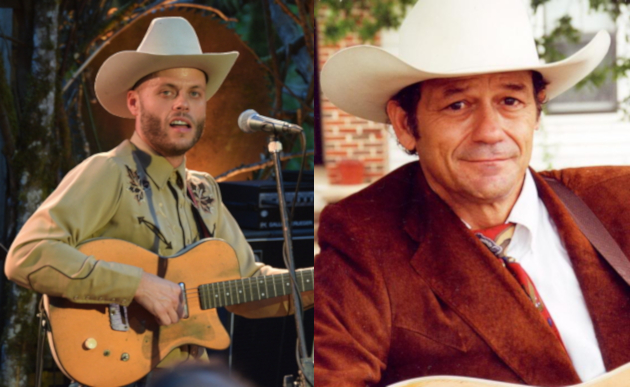 Nobody will ever be able to accuse Texas native and Davy Crockett descendant Charley Crockett of not paying his proper dues. He’s bookended his big 2018 breakout record Lonesome As a Shadow with two records released with the sole purpose of paying tribute to the past greats in country and blues that have influenced his deeply roots-infused sound. In 2017 he released Lil G.L. Honky Tonk Jubilee chock full of classic country covers, and earlier this year he released Lil G.L.’s Blue Bonanza containing many blues standards with some country tunes mixed in like the old George Jones song “The Race Is On,” and Tom T. Hall’s “How I Got To Memphis.”

A country standard, and one sure to get your heart swelling, “How I Got To Memphis” (sometimes annotated “THAT’S How I Got To Memphis”) was written by Tom T. Hall himself and first released by the Hall of Famer in 1969. It would later be covered by Bobby Bare, Daryl Dodd, and Whitey Morgan just to name a few. The song is about a brokenhearted man who travels to Memphis to pursue a lover and never leaves. When Charley Crockett went to record a video for his version of the song, he decided to call upon a relatively obscure but bona fide Texas country legend to star in the shoot, and for a very good reason.

“The only reason I ever learned ‘That’s How I Got To Memphis’ is all because of James Hand,” says Crockett. “I was up for an Ameripolitan Award a couple years back and I went down to one of Dale Watson’s showcases at Blues City on Beale Street. Well ol’ Slim got up on stage with the band and they went in to that old Tom T. Hall number. I think James Hand is the greatest living Honky-Tonker, and he had me in tears with the way he was singing those lyrics. He chokes me up every time I hear him sing. Well I ran back to Graceland where we were staying and sat up all night till I had that song down. Started doing it my very next show.”

Many like to talk about authenticity in country music, but there’s few who truly embody it like James Hand. Born in Waco, TX and from the tiny town of Tokio, he worked as a horse trainer, rodeo man, and truck driver for most of his life. Though he always played music in honky tonks and roadhouses around Texas, James Hand didn’t release his first record until 1999 at the age of 47. His Rounder Records debut The Truth Will Set You Free from 2006 was produced by Ray Benson of Asleep at the Wheel along with Lloyd Maines, and is a master work of Texas honky tonk music and superb songwriting.

“‘That’s How I Got To Memphis’ is the most popular song off my ‘Blue Bonanza’ record and probably has more to do with me breaking into the Billboard charts than any other song I’ve cut, and it just wouldn’t have happened without James getting to me like he did that night on Beale,” says Charley Crockett. “Well if that don’t tell you how great James Hand is, I don’t know what does. You should hear the man’s originals too.”

Songs like “Banks of the Brazos” and “Shadows Where The Magic Was” have made James Hand one of the most revered characters currently in Texas country, even if his legacy as flown mostly under-the-radar over the years since he rarely tours beyond the Lone Star State. His last record was a gospel project called Stormclouds in Heaven in 2014—the same year he starred in an independent film about himself called Thank You A Lot.

Charley Crockett will help turn some folks onto the brilliance of James Hand by putting him in his “That’s How I Got To Memphis” video, while others might be turned on to Charley Crockett via James Hand’s participation. Either way, they’re both worthy musicians who’ve kept close ties to their roots, and are perfect examples of the type of talent the Lone Star State boasts.