Well I’ll be damned, Cody Jinks and Co. pulled it off. You normally talk about learning curves when it comes to first year festivals. That’s not even part of the conversation when it comes to the inaugural Loud and Heavy Fest. It didn’t really feel like a festival, aside from the usual stage alignments and schedules, different colored wristbands, and rows of food vendors and such. Instead it felt like the gathering of a tribe, or as Ward Davis said during his opening set of the fest, a huge kegger Cody Jinks threw with all of his music friends to celebrate his birthday.

Cody didn’t take long to make an appearance. After Ward Davis introduced the song “I’m Not The Devil” he co-wrote with Cody, Jinks showed up on stage to help sing it himself. After the song, the crowd erupted into a spontaneous (and surprisingly in-sync) rendition of “Happy Birthday” for Jinks. They would do this again during Cody’s headliner set after his crew presented him with a Buck Owens-style red, white, and blue guitar signed by the current roster of the Texas Rangers baseball team. Raised in Haltom City (a suburb of Ft. Worth), the Panther Island Pavilion right on the banks of the Trinity River where Loud and Heavy Fest took place was home turf for Cody. The local radio station 95.9 The Ranch and DJ Ben Ryan were early adopters of Cody’s music, and so were the Ft. Worth faithful.

From the incredible turnout, to the lineup and performances, to the quality and efficiency of the production, give Loud and Heavy Fest high marks across the board. The only problem was the long lines for just about everything due to the better-than-expected crowd. The gaggle around the merch booth was like something like you’ve never seen. As soon as the gates opened, four separate lines 50 to 75 people deep spilled out into the festival grounds, and didn’t expire until well after the last song of the evening. This wasn’t just the result of bad logistics. The super loyal fans of Cody Jinks known as “Flockers” were eager as hell to throw their money behind the cause, including for exclusive Loud and Heavy Fest merch.

The production company behind the festival called CID Presents is known for putting on events for artists with loyal and large fan bases like Dead and Co., Phish, and Dave Matthews Band. Cody Jinks may not be at the same point as those legacy acts at the moment, but if Loud and Heavy was any indication, he might be one of the first country acts to pull it off sooner than later, not just packing venues, but being the focal point for a fan base that follows him wherever he goes.

But Loud and Heavy Fest wasn’t just about Cody. Boasting an incredible lineup of independent country talent across the board, it became a destination festival for many folks across the United States. Sunny Sweeney proved that women deserve to be on the main stage of country music festivals when she played for the crowd in the late afternoon, and props to Cody Jinks and Loud and Heavy Fest for putting her there. Colter Wall proved that primitive folk and country can still compel modern audiences, and the stage in front of him was packed when he performed, despite the Texas heat becoming stifling during his set.

Paul Cauthen brought his gospel sermon to the mix, and Nikki Lane delivered her throwback-style set to appreciative fans right before there was a short delay for weather moving through the area. One big concern for Loud and Heavy was the wisdom of throwing a festival in the middle of August in Texas. The early sun was almost unbearable, but during Nikki Lane’s time slot, skies clouded up, giving some respite to the swelling (and sweating) crowd. After about an hour of delay due to a threat of severe weather that never developed, music resumed, but a very light rain fell for the rest of the fest—a very welcomed relief for attendees, and making the heat much less of a factor.

Ahead of the release of his latest album Hard Times and White Lines on October 26th, Whitey Morgan turned in a hard-driving, skull-crushing set of honky tonk music, including his new song “Honky Tonk Hell,” getting folks ready for the heavier portion of the lineup to appear. The Sword from Austin, TX fit in surprisingly well to the mostly country lineup, perhaps playing more of their “Southern metal” material than they normally would. When Texas-based Southern rockers Whiskey Myers took the stage right after, it didn’t feel like a draw down in energy or “heaviness” at all, perhaps because Cody Cannon and Company decided to step it up to help represent the “Loud and Heavy” concept. 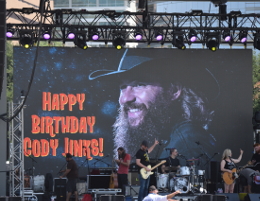 Cody Jinks was walking around repping Corrosion of Conformity merch throughout the day, and this felt like the band Cody most wanted to play his “birthday party.” They definitely brought a heavy metal aspect to the festival, though just like The Sword, they drew one of the smaller crowds of the festival, partly because people wanted to save their spots in front of the main stage for the Whiskey Myers and Cody Jinks sets. As a business concept, mixing a couple of metal bands in with loud and heavy country music may still need to be proven out or tweaked, and may only cater to a few hardcore music listeners. But this was Cody’s personally-curated show, and he wanted them there, as did some fans who’ve followed Cody Jinks from his own heavy metal days.

Cody Jinks opened his set with his latest single “Must Be The Whiskey,” and then ran through many favorites, and a few new ones off his recently-release record Lifers, including the Billy Don Burns-penned “Stranger,” and an excellent live version of what may be considered a Song of the Year candidate come December, “Head Case.” Whitey Morgan also came out to sing Merle Haggard’s “The Way I Am” with Cody, and Tony Martinez of Whitey’s band also helped with harmonies. Tennessee Jet and Ward Davis also appeared on stage to sing with Cody during the night’s final set.

The humility Cody Jinks shows, and the way he’s able to connect with his fans from the blue collar themes of his music is what has made him a bona fide country music phenomenon. To have one artist be able to personally curate a festival, and to see the turnout be so impressive speaks to the natural appeal of an artist such as Cody Jinks, and speaks to the swelling power and reach of independent country music. The only question about Loud and Heavy Fest #2 is if it will outgrow the Panther Pavilion grounds, or if they’ll have to throw it in multiple cities next year to keep up with demand.

The inaugural Loud and Heavy Fest was one of those events when you look out over the crowd, and truly appreciate just how far independent country music has come. From the rising appeal behind artists like Cody Jinks, to all the support structure around him that makes an event like that possible, there truly are more healthier alternatives to the mainstream being created where artists can be themselves, keep control of their creative expressions, and still pack a field full of people, support their families, and keep the soul of country music alive.

The soul of country was definitely given a jolt at Loud and Heavy Fest.

Thanks to photographer Brad Coolidge for select photos below. Brad can can be found on Instagram and Twitter. 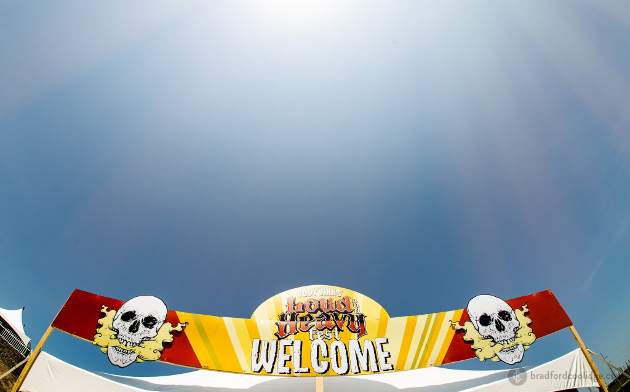 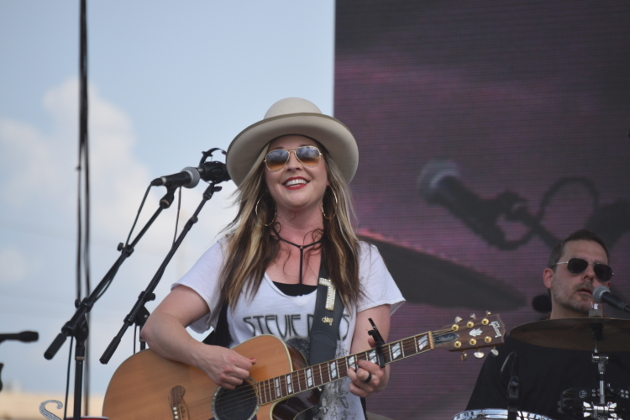 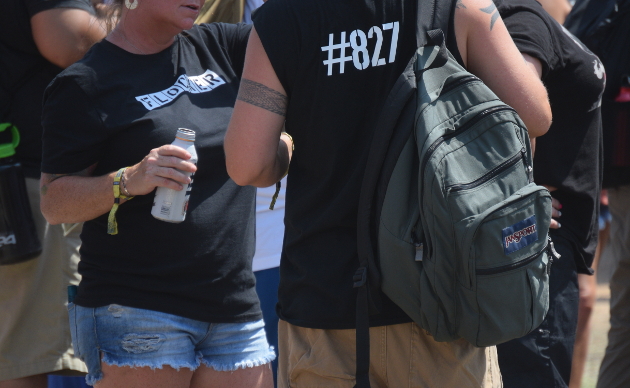 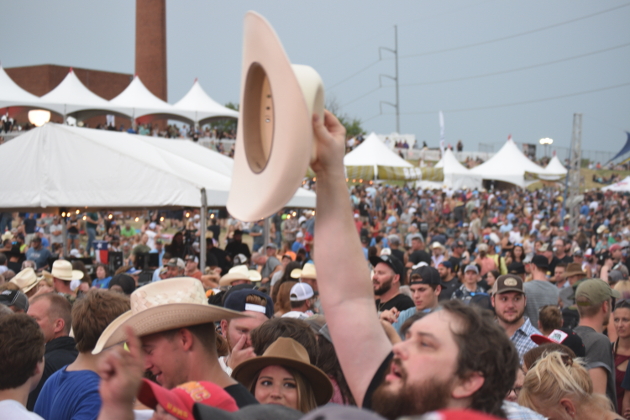 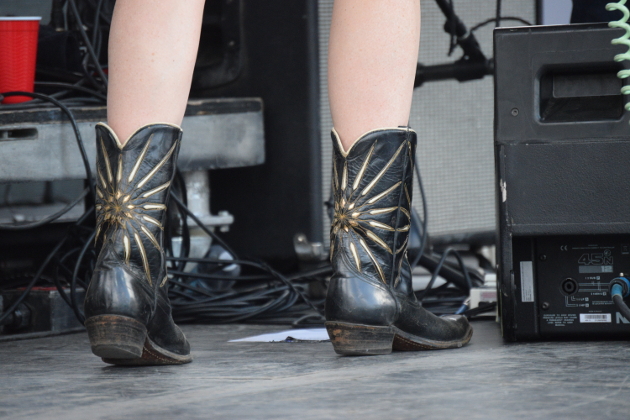 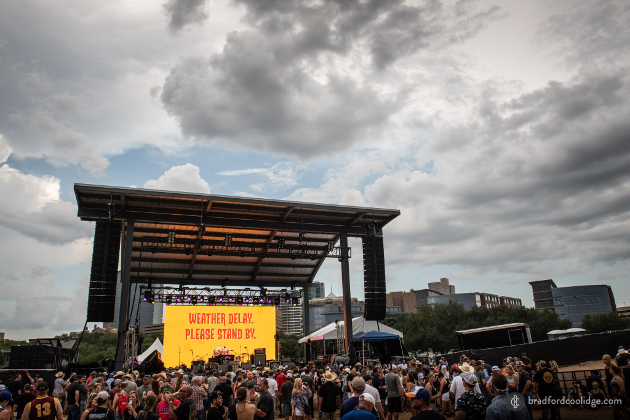 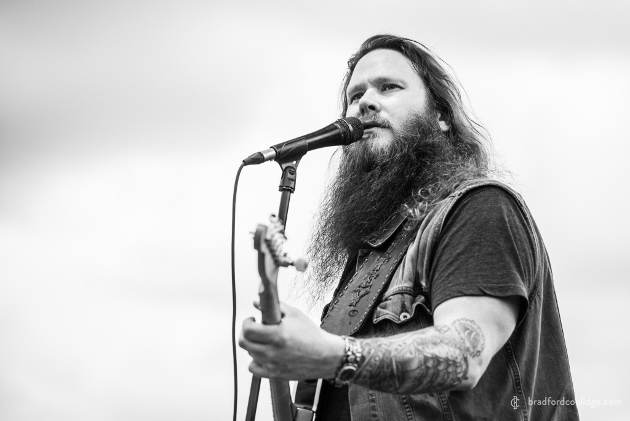 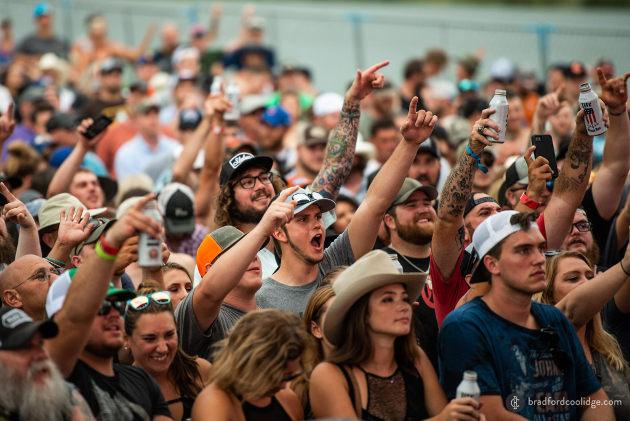 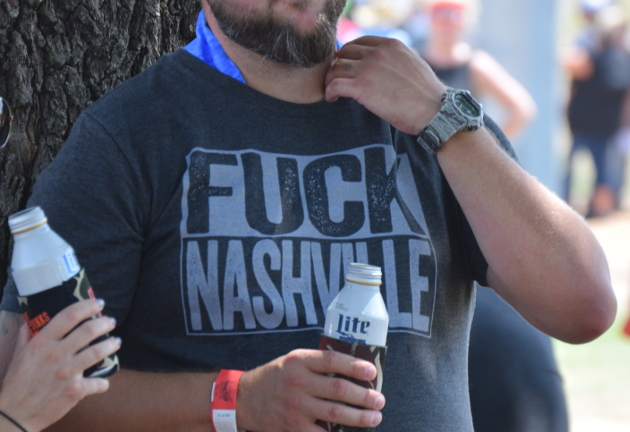 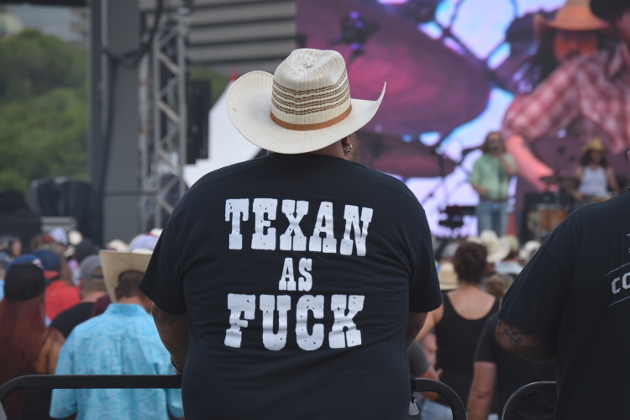 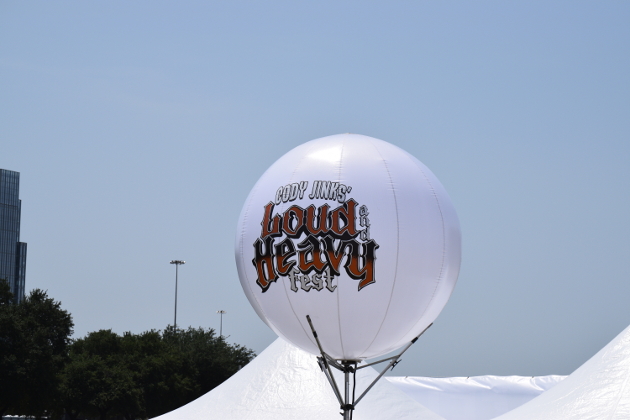 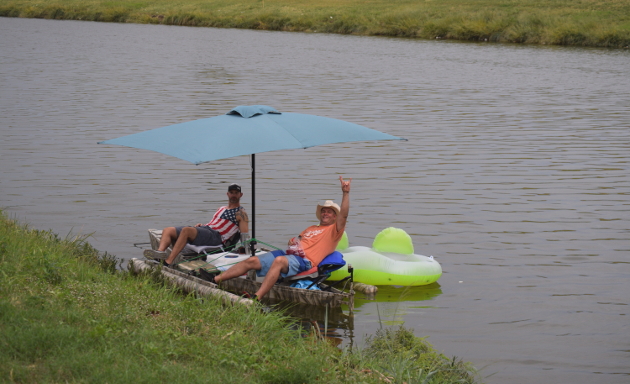 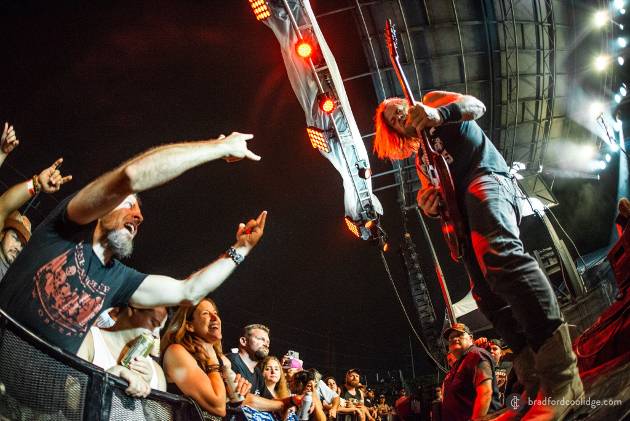 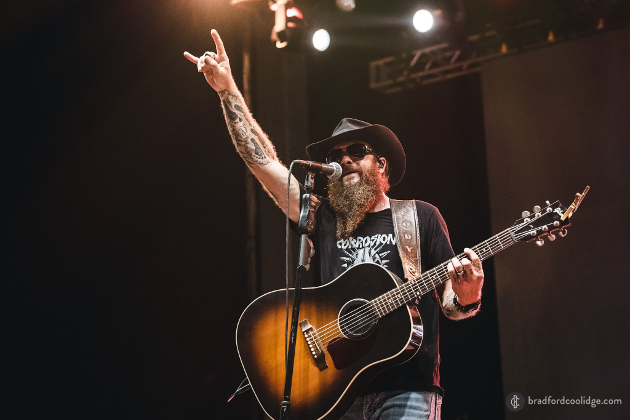 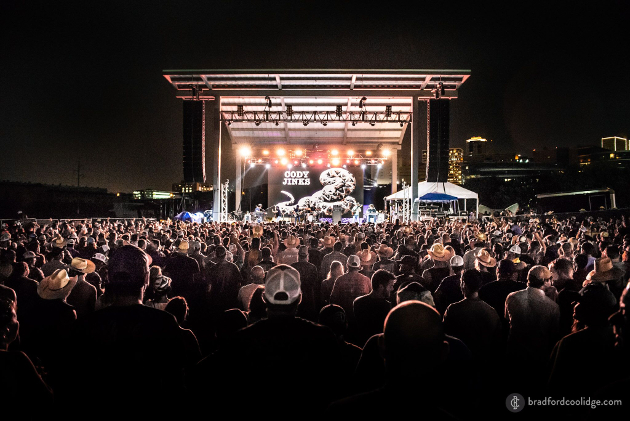 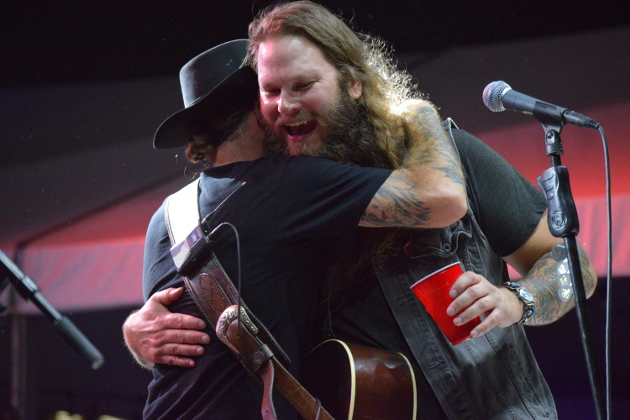 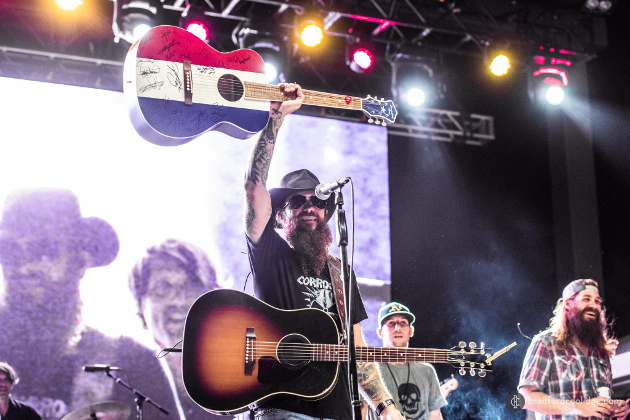 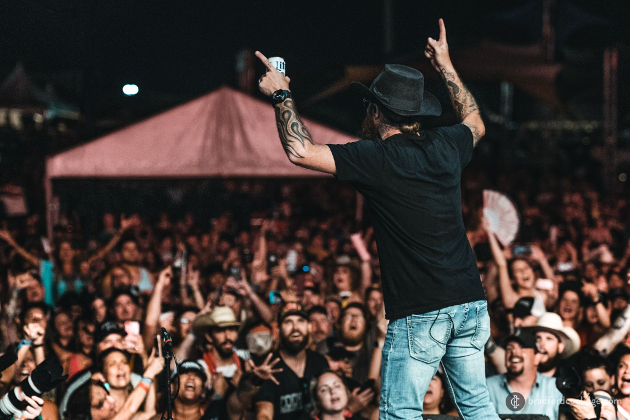