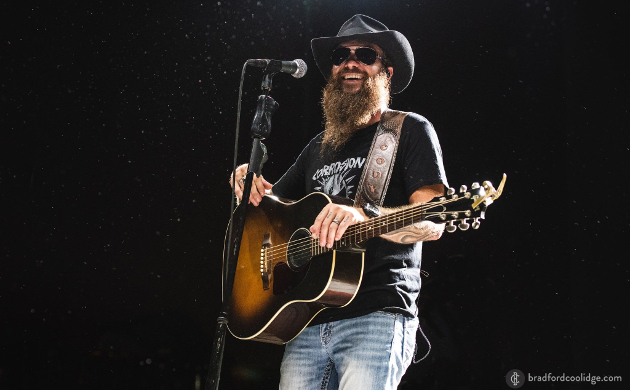 Some may wonder why it took so long. Others will just be ecstatic it’s happening at all. But either way, Cody Jinks will be stepping into the hallowed Grand Ole Opry circle on Wednesday, August 28th to make his Grand Ole Opry debut. Scheduled to perform in the 7:30 to 8:00 p.m. slot (Central time), he will be sharing a segment with Grand Ole Opry member Clint Black during the second segment of the show.

Cody Jinks has many accolades under his belt, including selling out the original home of the Grand Ole Opry—the Ryman Auditorium—on two consecutive nights back in 2017, and drawing a capacity crowd to Red Rocks in Colorado earlier this summer. But an actual Opry appearance has eluded him until now.

We shouldn’t be completely surprised the distinction comes via an invitation from Clint Black. Jinks regularly pays homage to country legends in his live shows, and has been covering Clint’s “Nothing’s News” for a while in concert.

Also on August 2nd, a song from Clint Black featuring Cody Jinks, Reba McEntire, Trace Atkins, Dierks Bentley, and a bunch of other contributors called “This Old House” briefly appeared on Spotify. The song was only up for a short period before being pulled, with word that the release had been delayed, and populated on Spotify by accident. The song is reportedly a tribute to the Grand Ole Opry, or perhaps the Ryman, and is from an album called Still Killin’ Time from Clint that was supposed to be released on August 16th, but has also been delayed.

No matter the circumstances (Clint and Cody may explain more during the appearance), Cody Jinks is finally receiving his due at the Opry. Also appearing on the Wednesday night Opry will be Dailey & Vincent, Jeannie Seely, Gwen Sebastian, Sawyer Brown, Gary Mule Deer, and Ricky Skaggs. You can listen in online via opry.com.

Cody Jinks is prepping to release his latest record After The Fire on October 11th. To be released on Cody’s own label, Late August Records, After The Fire will include 10 news songs, including a remake of a song called “Think Like You Think,” which appeared on a semi-obscure release from Jinks called Collector’s Item in 2008.

UPDATE 8/28 – 8:00 p.m. CDT: Cody Jinks made his Opry debut playing “Must Be The Whiskey,” “Cast No Stones,” and “Loud and Heavy.” Clint Black gave Cody a quick introduction, and Cody received a standing ovation from the Opry crowd after his final song.