Cody Johnson Lays Down The Truth About Today’s Country 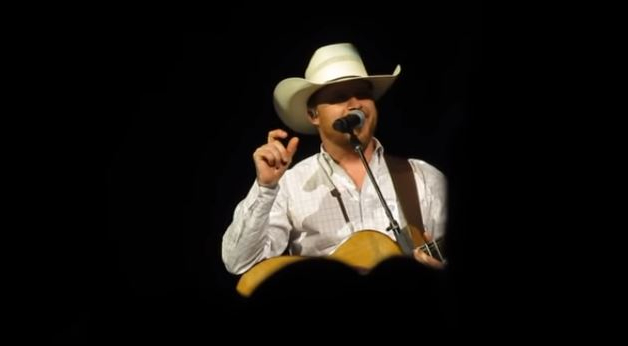 Cody Johnson doesn’t just talk the talk, he walk’s the walk. The Huntsville, TX-native forged his own success as a completely independent country star down in the Lone Star State. Now he has made his way to Music Row, but is doing it his own way by keeping complete creative control and ownership of his own music, yet with the power of a major label behind him. This is how Johnson was able to get to #11 on country radio with “On My Way To You,” and #1 on the Billboard Country Albums chart with his major label debut, Ain’t Nothin’ To It.

On May 4th, Cody Johnson earned another important distinction in his country music career. He played his first ever headlining show and sold out performance at the Mother Church of Country Music, the Ryman Auditorium in Nashville. During the show he played a lot of his own songs, but also classics from country music’s past, including Patsy Cline’s “Crazy,” Glen Campbell’s “Wichita Lineman,” “Troubadour” by George Strait, Merle Haggard’s “Footlights,” and Roger Miller’s “Husbands and Wives”—songs that the Ryman stage helped make famous.

Feeling the spirit in the room, Cody Johnson also addressed the sold out crowd about what country music means to him, and the commitment it truly takes to consider yourself a country artist. Saving Country Music heard about the speech, but only recently has video surfaced of the moment capturing Cody Johnson’s sincerity.

However Cody Johnson was dead on about the importance of supporting country artists who don’t just use the word “country” as a sales tactic, but as something they devote their lives to, and see the responsibility of being a country artist as continuing the lineage of those artists from the past regardless of how popular it may be.

“I will say this, and I’m going to be very diplomatic about it,” Cody said to the Ryman crowd. “I think personally that it is unfair for women like Patsy Cline, Loretta Lynn, and men like George Jones, Hank Williams, Merle Haggard, George Strait … it’s a little unfair for those men and women to give their lives, and to give their heart and soul to our industry, the country music industry, and for us to sit back and take a look at it in 2019, and it really doesn’t look or sound anything like what they stood for.”

The comments came amid the heated debate about whether Lil Nas X and his song “Old Town Road” should be included on the country charts. As multiple other artists in country music have said, it’s not just about the song, but the fact that Lil Nas X had not shown any prior commitment to the country genre that was part of the problem. Now that Lil Nas X has released an EP and there are no other songs that fall anywhere near the disputed “country trap” sound of “Old Town Road,” it underscores how it was just one song, and it would be unfair to take precious slots on country charts away from devoted country artists to give them to performers who are simply trying to use country music to gain attention.

“Now I’m not going to stand up here and throw mud at people and say ‘This is right, and this is not.’ And what I just said is nobody has the right,” Cody Johnson continued. “All I can tell you is this: I only use Dan and Shay because they’re my buddies. If I tried to do what Dan and Shay did just so I could make a dollar, you wouldn’t buy it. Same goes for them. If they tried to do what I did just to make a dollar, you wouldn’t buy that either. All I know is how to be myself. And I’m here to tell you, who I am was influenced by those men and women that I just mentioned, that stood on this stage. There is a feeling up on this stage that I can’t describe to you knowing that men and women have stood here, knowing they didn’t have a backup plan. I don’t have a college degree, I don’t have a job to go back to. I’ve devoted my whole life to it.”

There are many thing that can go into defining an artist or song as country music, including instrumentation, composition, and feeling. But the commitment of the artist to the genre and the legacy that it has forged that bestows the opportunities all country artists benefit from is also an important factor. Without the Ryman Auditoium and the country greats who stood on its hallowed stage, there would be no audience for Cody Johnson. That is why it’s important to always pay tribute to the past, no matter where the music goes in the future.