Come To Nashville with a Dream, Leave with a Nightmare: The Lesson of Austin Rick 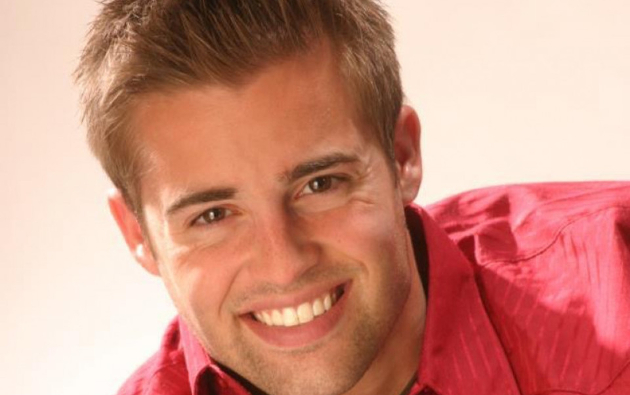 “I just need people to truly know what actually happened to me down there, during that time.”

It happens every single day. Hungry individuals from all around the country and world move to Nashville to pursue a dream of making it big in music. All of their lives they’ve been compelled to follow that dream, to doggedly pursue their deepest passions, and are told to not let anyone or anything deter them from their goals and never let up. They’ve been inspired and goaded forward by friends, family, school guidance counselors and clergy to set their expectations high, and work hard for what they want. These young artists will do anything to fulfill those dreams, because that’s what they’ve been told to do. And that’s what makes them so incredibly exploitable.

Perhaps they’re exploited when they’re told to put aside their own songs, and their own musical vision for the work of staff songwriters and celebrity producers. Perhaps the exploitation is the work of image consultants and media coaches, who are enlisted to scrub the individuality from artists and dehumanize them for their reinvention from person to product. Perhaps it’s choreographers who tell them how to act, and how to move on cue, with everything scripted for them down to the split second.

And it doesn’t matter how much they promise themselves that no matter how crazy things get they’ll hold onto themselves, because ultimately there is a very small group of individuals who actually hold the power to decree whether that artist will make it big in the country music business, or not. Crossing them would mean the cataclysmic dashing of all of their lifelong dreams. Currying their favor may mean the absolute realization of them. So they acquiesce to whatever is asked of them, until they look into the mirror one day, and may not even recognize the individual staring back at them.

Accomplishment in mainstream country only has so much to do with talent. That’s clear when you look down the dividing line between the haves and the have nots. It has to do with an individual’s willingness to acquiesce to the Music Row machine, and the skill to do its bidding. When Luke Bryan moved to Nashville, he was purely a songwriter—and a good one—who had little desire to be a performer. Now Bryan barely contributes to his own material, and has been made a millionaire by being willing to do whatever the marketers and consultants tell him to. But for every story like Luke Bryan’s, there the story of a hundred hopefuls who never made it, and how their lives ended up far from the glamour of the mainstream country industry.

It shouldn’t be a surprise to anyone that the rash of sexual assault and harassment claims emerging in American society eventually made its way to Nashville. If anything, we should be shocked it took so long. Frankly, I am embarrassed that I wasn’t on record predicting such a downfall of a high-profile executive or producer in the days before it was exposed that Kirt Webster—one of country music’s most powerful individuals as the President and CEO of Webster Public Relations—was the accused perpetrator of numerous sexual assault and harassment claims from a former artist and previous employees.

“He sexually assaulted me repeatedly, he drugged and sexually violated me, he offered me publicity opportunities and magazine columns in exchange for sexual acts,” Kirt Webster’s principal accuser Austin Rick said in public statements. “He paid me to keep my mouth shut. And he did everything under threat that he’d make sure nobody in the industry ever heard my name again.”

And as we read the details of the numerous sexual assaults Austin Rick alleges, we wondered why would any individual put up with this? Why did it take Austin a year to extricate himself from this sexually abusive situation? How could it be allowed to go on for so long? And the answer is simple: Austin Rick had a dream. And the man who could either fulfill that dream, or crush it irrevocably was Kirt Webster. And Kirt Webster knew it. And with that sheer power, he was able to override any concern of repercussions, from Austin Rick or anyone who may have knowledge of the type of behavior that by some accounts was rampant around the powerful publicist.

That’s the thing. In Nashville, many knew about the sexual proclivities of Kirt Webster. For years there had been rumors of his hot tub parties—one of which was apparently the setting of Webster’s first alleged assault against Austin Rick. I personally had even heard about these parties previous to the allegations, not knowing that sexual assaults were allegedly occurring, but individuals questioning their garish and lewd conduct in what was supposed to be professional gatherings.

Others did hear the murmurs of inappropriate and potentially illegal behavior, or maybe even first hand accounts coming out of his office about lewd conduct, viewing pornography, and sexual harassment and intimidation. Now, The Tennessean has detailed even more instances of inappropriate behavior from Kirt Webster, including Kirt using his position as the publicist for Dolly Parton to curry favor with gay fans in exchange for backstage passes. The Tennessean has also confirmed the Nashville Police are looking into the matter as the accusations continue to pile up.

Yet nobody was willing to say or do anything publicly until now, because it would likely mean their careers in music. And not just artists, but other professionals in the industry whose names may be turned to mud if they dare turn the tables on one of Nashville’s top power brokers. It was only an individual who had already lost everything, and built a life and career beyond Nashville, that was able to speak out, insulated from the repercussions of crossing Kirt Webster.

As Hollywood was unraveling with similar stories of sexual harassment and assault, it felt like it was only a matter of time before Nashville coughed up its own secrets. And who believes this stops with Kirt Webster, especially with the systematical way women, and apparently some men, are treated in the industry? Now Nashville feels on edge just waiting for the next shoe to fall.

Twiggy Ramirez, the bass player for Marilyn Manson, was accused of raping an individual some 20 years previous, and was immediately let go from Marilyn Manson’s band in late October. Kevin Spacey was accused of an inappropriate sexual relationship over 30 years ago, and his Netflix series House of Cards was immediately canceled. However when rapper Nelly was arrested for raping a young woman, WHILE ON A FLORIDA GEORGIA LINE TOUR LAST MONTH, there was no effort to replace or remove him from the tour. In fact it was the accuser who was publicly shamed, had personal details leaked from the local police department to TMZ, and was forced to answer claims of being a gold digger in the public medium.

That is when it became incredibly evident that the country music industry was unwilling or unable to take claims of rape and sexual assault seriously, and the press corps wasn’t willing to hold the industry’s feet to the fire, until now.

Granted, all of these accusations against all of these men are unproven at this point in time. But prudence, and respect for the gravity of the accusations should always be adhered to as the charges and accusations are investigated. This isn’t about innocent until proven guilty. Unquestionably, there is always the possibility an accuser lies about an incident for whatever reason. But rarely do people ask “What is the motive?” before assuming the accusations are fabrications. In the case of Austin Rick and his claims against country publicist Kirt Webster, there is no motive. Austin Rick is not looking to re-enter the country music industry. He’s an academic now pursuing his doctorate. His country music dreams were already shattered.

Then there is the story of country performer Katie Arminger. Last week Fox News ran what they believed was an exposé on the unfair treatment of women in country music, with Katie Arminger as the example. The impetus for the story was all of the sexual harassment and assault cases that were coming out in the public as part of the “#metoo” campaign. However Saving Country Music ran a detailed story on Katie’s accusations against her former label and management over 1 1/2 years ago, even laboring to unearth court documents that went into great detail about what Arminger was being asked, which was to sex up her image, and flirt with radio executives.

At the time, Katie Arminger’s story dovetailed with the whole “TomatoGate” controversy of why women were so absent on country radio. And here 2 1/2 years after “Tomatogate,” and 1 1/2 years after the Katie Arminger revelations, what has been done in country music to curb this type of behavior, or the absence of women on radio?

Perhaps the reason we’re no longer seeing women on radio is because they’re not putting up with harassing behavior by fat cat radio programmers anymore, or perhaps those programmers, in fear of lawsuits and public retribution, have cut the inappropriate behavior out. Good for these young women, however now that means there are little to no avenues for country’s women to find favor with radio, because the misogynistic environment that excluded them in the first place and expected seedy favors for radio play still persists.

In Nashville, as in Hollywood—and permeating throughout the population of performers and industry professionals, and even into the journalism corps—there is a wink nod culture to not speak up, and to not question authority, with the worry of losing your career looming over everyone’s head. Even as the accusations began to surface about Kirt Webster—as they did for Harvey Weinstein—it was a test of intestinal fortitude to see who would report the story, or even acknowledge it. A simple retweet of a news story could mean your career if Kirt Webster survived. Even now, it is the story everyone is talking about, but few are acknowledging publicly.

In the instance of Harvey Weinstein, actors were asked to speak up on the matter. Who of great popularity in country music has come out to publicly distance from the behavior of Kirt Webster, from the Webster Public Relations roster or anywhere else?

Why does it seem like as soon as a country music artist loses radio relevancy, they immediately start speaking out about the ills of the system? Is it because they’re no longer benefiting from it, or because they finally have the freedom to be honest without grave repercussions in their career?

The story of Austin Rick might be the most extreme case of a performer having a dream, and being exploited by the Nashville system. But that doesn’t mean it’s not a good example of how the system works against many as they show up to Nashville and trust the people in power to have their best interests in mind, only to be taken advantage of. It’s the dreams these emerging artists hold that give the power brokers in Nashville an unfair advantage over them, coercing them to sign contracts that are tantamount to slavitude, getting them to give up their personal freedoms of expressions and do things they normally wouldn’t do, and at times, even succumb to sexual harassment and assault, solely because these young performers want to fulfill that part of themselves that tells them they can be a country music star.

Dreams are the things the propel mankind forward. They’re the things that give us hope. Nearly everyone harbors the dream of being a big music star at least at some point in their life, yet it’s a very finite amount of individuals who have the stuff it takes to actually become one. But nobody should be taken advantage of just because they want to be.