Confederate Railroad Gets Dixie Chick’d from Fair Because of Name 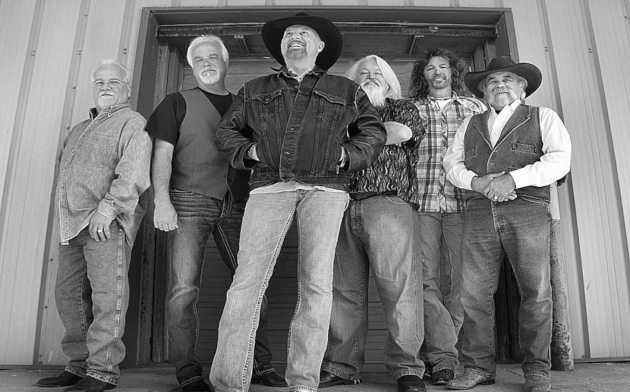 Outlaw country and Southern rock group Confederate Railroad has been removed from playing at the Du Quoin State Fair in Illinois this August due to the band’s name. Originally scheduled to perform with Restless Heart and Shenandoah under the banner “90s Country Reloaded Day” on August 27th, it was announced this week the act had been removed from the bill.

“The Illinois Department of Agriculture has removed Confederate Railroad from our 2019 Du Quoin State Fair Grandstand lineup,” Du Quoin State Fair Manager Josh Gross confirmed to the Pinckneyville Press in a prepared statement earlier this week. “While every artist has a right to expression, we believe this decision is in the best interest of serving all the people in our state.”

The removal of Confederate Railroad has stirred a public backlash against the fair, and become a national issue as many are concerned about Freedom of Speech and the overreaching of political correctness. Though Confederate Railroad has not addressed the issue directly, multiple other public personalities have, including Joe Bonsall of the Oak Ridge Boys, who stated, “Canceling Confederate Railroad JUST because their name is CONFEDERATE RAILROAD is a crock of crap!!! These are good men singing good songs … God please help us all.”

Charlie Daniels has also stated, “This political correctness thing is totally out of control. When a fair cancels the Confederate Railroad band because of their name its giving in to fascism, plain and simple and our freedom disappears piece by piece.”

Founded in 1987 in Marietta, GA, Confederate Railroad was signed to Atlantic Records throughout the 90’s and charted multiple hits. “We’re not racists,” frontman Danny Shirley told the Los Angeles Times back in 1994. “I don’t think we attract racists, either — just people who like to drink beer and party and whoop it up. Being a redneck doesn’t mean you’re a racist. We were looking for a name that says we play Southeastern music.”

Here are some important points to keep in mind when considering Confederate Railroad’s name, and their removal from the Du Quoin State Fair roster.

1. This is a First Amendment Issue of the First Order

Removing Confederate Railroad from the lineup of the Illinois State Fair in Du Quoin expressly because of their name is a violation of Article 1 of the Constitution of the United States protecting the right of free speech and expression. Though the 1st Amendment is often invoked in a varied number of applications, the Freedom of Speech provision does not extend to the decisions of private companies, the terms of service for social media entities such as Facebook and Twitter, or protect individuals from public backlash for things they might say, similar to what happened to the country group the Dixie Chicks in 2003 when they criticized George W. Bush and the Iraq War, and were subsequently blackballed from the country radio format.

However, the 1st Amendment is absolute when it comes to how governmental bodies include or exclude individuals or entities. The Illinois Department of Agriculture is a governmental body, and the fair’s manager Josh Gross is a government employee. The Du Quoin State Fair publicly chose to book Confederate Railroad to perform on August 27th, meaning the band had been vetted and approved, and deemed appropriate and qualified for the venue and the event. The only reason that agreement between Illinois Department of Agriculture and Confederate Railroad was nullified was due to a word in their name. This is a direct violation of the 1st Amendment. If a private promoter such as LiveNation was involved, they would not be directly beholden to Article 1 concerns. The Du Quoin State Fair has been owned and operated by the State of Illinois since 1986.

Though the 1st Amendment protects free speech, clear uses of hate speech that incites violence or that is tied to a crime has been deemed inappropriate and unlawful in decisions upheld by Federal courts. If Confederate Railroad had outwardly racist lyrics, then it would be an imperative for the Illinois government to nullify the performance, and fair of the public and press to question why they had been considered to play a state-owned function and venue in the first place. However, this is not the case.

2. Understanding The Geography Is Key

Du Quoin, Illinois is located in the very southern tip of the state. For context, Du Quoin is farther south than Louisville, Kentucky. Du Quoin is 80 miles closer to Nashville than it is to Chicago. The primary State Fair for the State of Illinois is held in the Capital of Springfield, which is over two hours north of Du Quoin. In 2019, the Illinois State Fair in Springfield will occur August 8th thru the 18th, while the Du Quoin State Fair is being held August 23rd thru September 2nd. The purpose of the Du Quoin State Fair is to represent the individuals in southern Illinois, many of whom identify more regionally with Missouri and Kentucky. When Du Quoin State Fair Manager Josh Gross says the decision was made in the interest of “serving all the people in our state,” it does not take into consideration that the purpose of the State Fair in Du Quoin is to serve the interests of the Illinois residents that live in the region who are regularly underserved in a state where the power and population centers reside much farther north.

3. It Was a Press Member, Not Public Outcry That Led to the Cancellation

The cancellation of Confederate Railroad was not due to any public outcry, petitions by local residents, protests in any part of the region or state, or social media activity from any community on the local or regional level. Instead, the decision to cancel the Confederate Railroad performance is being attributed to a post on June 17th by a political blogger named Rich Miller writing for Capitol Fax that questioned whether a band with the term “Confederate” in the name should be allowed to play a state-owned venue. According to local reports, this is what led to the The Illinois Department of Agriculture cancelling the performance. Furthermore, the prevailing backlash in the region has been from angry residents who feel their rights and opinions were not heard or accounted for in the decision to cancel Confederate Railroad, not from citizens concerned about the Confederate Railroad name.

Political blogger Rich Miller questioned directly in his post if it was appropriate for Confederate Railroad to play a government-owned venue in the “Land Of Lincoln.” However Confederate Railroad played the Bond County Fourth Fest’s Independence Day Celebration in downtown Greenville, IL on July 6th, and are also scheduled to play the Lawrence County Fair in Sumner, IL on August 3rd. The band has regularly performed throughout the State of Illinois for many years.

4. The Removal of Confederate Railroad Starts a Path Down a Slippery Slope

Confederate Railroad has no songs that could be considered or construed as racist. The band has never been accused of making racist comments. Being disallowed to play a government-organized event and venue simply because of their name and after being approved opens up a slippery slope of concerns for the future of free speech in musical performance and beyond. A similar outcome could happen to artists such as the Dixie Chicks, whose name also makes direct reference to the Civil War South, and have already been the victims of an unfair political backlash. Mainstream country act Lady Antebellum derives its name from the glorified Antebellum Era in the American South when slavery was still legal. Artists such as Joan Baez, Johnny Cash, and John Denver, who covered The Band’s sympathetic Confederate anthem “The Night They Drove Old Dixie Down” could face backlash and erosion of their legacy due to misunderstanding, or misconstruing by the media or public. Furthermore, if a band like the Dixie Chicks were allowed to play an Illinois state function after Confederate Railroad had been removed, this would be an example of a clear double standard based not on name, but political alignment since the two country music outfits reside on opposite sides of the political spectrum from each other.

The lesson of the blackballing of the Dixie Chicks is how unreasonable political vitriol can result in unjust outcomes. This lesson should apply to the situation facing Confederate Railroad. The Confederacy is an unavoidable part of American history, and referencing that legacy is not always condoning its sins. It is fair to question how we are to learn from the lessons of the Civil War if we eradicate any notions of the Confederacy’s existence from culture, which is the headlong and misguided effort of many. Furthermore, these efforts at eradicating Southern heritage rarely do anything to solve the continued concerns of racism in America, they often exacerbate them by emboldening racists due to the double standards behind the decisions, and the unreasonable incursion into Free Speech rights they often involve. Removing Confederate Railroad from the Du Quoin State Fair has stirred racism, not stamped it out.

On April 10th, 1865—the day after Robert E. Lee surrendered to General Ulysses S. Grant at Appomattox—President Lincoln came out on the streets of Washington DC to address a crowd of roughly 3,000 people who had assembled to celebrate the news. Lincoln had no prepared statement, but saw that there was a band that had joined the throng and requested they play “Dixie” before they played “Yankee Doodle.” “I have always thought ‘Dixie’ one of the best tunes I have ever heard,” Lincoln said.

Today, it’s fair to be concerned if Abraham Lincoln would be considered a Confederate sympathizer, as opposed to someone who understood the appeal of a good song.

Confederate Railroad has not addressed the controversy publicly. The Du Quoin State Fair date remains on their tour calendar.