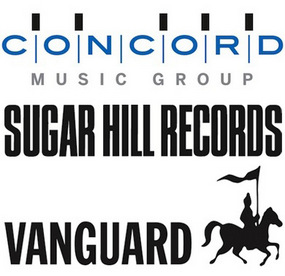 Consolidation of record labels and music catalogs continues in the independent roots realm with more big moves being made in the last week.

Concord Bicycle Music, which has been on a big buying streak lately, has acquired the George Jones label imprint Bandit Records. The label includes master recordings for the George Jones releases The Rock (2001), The Gospel Collection and Hits I Missed”¦And One I Didn’t (2005), Kickin’ Out The Footlights Again (with Merle Haggard) (2006), and the duets album Burn Your Playhouse Down (2008). The label also includes the rights to various other George Jones compilations, and some masters from Roy Acuff.

In another deal, Concord Bicycle has acquired the library of Americana label HighTone Records from the previous owner Shout! Factory. HighTone was an Okland-based label that released albums from Dale Watson, Buddy Miller, Tom Russell, Rosie Flores, Joe Ely, Jimmie Dale Gilmore, Gary Stewart, Julie Miller, and many more. HighTone was started in 1983, and sold to Shout!Factory in 2008.

“Concord Bicycle Music is proud to be the new home for these fantastic and historic recordings,” says Steven Salm, Chief Corporate Development Officer of Concord Bicycle Music. “HighTone and Bandit represent an important niche in the American independent music culture and fit perfectly within our existing catalog.”

In April of 2015, Concord Bicycle acquired the major roots labels of Vanguard and Sugar Hill, and then two smaller labels Fearless Records and Wind-Up Records in May, giving them an annual revenue of an estimated $140 million at the time. The new acquisitions will add significantly to that number.

Then on Wednesday (1-20) it was announced that Dualtone Music Group—the home of artists like Shakey Graves, Shovels & Rope, Guy Clark, Robert Earl Keen, The Lumineers, and Langhorne Slim—has been purchased by Entertainment One, also known as eOne. The company is most known as a television and film content acquisition and distribution company, but it has also acted as a record label for numerous artists, including Shooter Jennings, Stoney LaRue, Fifth on the Floor, and Sundy Best in the country and roots realm. Dualtone has released nearly 300 albums since being founded in 2001.

“We are delighted to welcome Scott, Paul, their team and the talented Dualtone family of artists to eOne,” said Darren Throop, President & CEO, Entertainment One. “We have long recognized the potential in Americana and indie rock and we were keen to find the right opportunity to add the popular music format to our portfolio. Dualtone’s expertise and track record of success make them stand out, both strategically and culturally, and we are confident that this new relationship will be very complementary.”

Dualtone will continue to operate under its own name and brand identity.

READ: How Independent Ownership of Music Is Slowly Being Acquiesced to Larger Corporations