UPDATE: This album has now been moved to June 26th due to COVID-19.

Hold onto your muk lucks because The Hurtin’ Albertans with Corb Lund at the helm will be releasing a new album called Agricultural Tragic via New West Records. His first original studio record in five years and his 10th overall, the title is indicative of the theme of the new record, and also defines the approach to country music that Corb Lund has always taken as a rancher from rural Alberta attempting to interface with an increasingly modern world.

“I worked really hard on this album—harder than I’ve ever worked before,” Corb Lund says. “This time around I took my time and wrote more songs, rehearsed more with the band, and explored sounds much more deeply. It took some time, but I’m really proud of this one and I’m excited to finally be able to share it.”

Named one of Rolling Stone Country’s “10 New Artists You Need To Know” in 2015 after he’d been touring and recording professionally for 10 years and had already released eight studio records, Corb Lund brings his Canadian Rock Mountain and multi-generational rancher and rodeo influence to his music, yet always with a little bit of wry humor and a punk attitude. 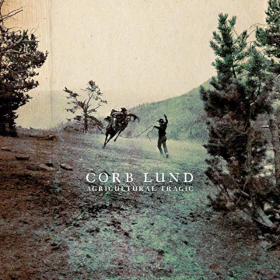 “There are people who do Western music and they kind of freeze-dry it, like museum style,” Lund says. “I don’t do that at all. I’m interested in expressing myself currently. Which is actually what it feels like to have six generations of cowboy heritage thrown into the crazy 21st Century urban setting. I love the traditional style and I use it. But I approach it with abandon and irreverence.”

Ahead of the new album, Corb Lund has released a new single called “90 Seconds Of Your Time”—a real life tale about a militant mountain guide that goes nuts after three mules and a horse go missing (listen below). These are the kinds of songs you can count on from Corb Lund, and also count on them being compelling.