On June 9th, 2015, country music songwriter and performer Randy Howard made national news, but it wasn’t for his country career he’d spent his entire life cultivating. While laying in bed in his home in Lynchburg, TN, the 65-year-old who was once signed to a major label, and shared the stage with the likes of Willie Nelson, Waylon Jennings, and Charlie Daniels throughout his country music tenure, was killed by unlicensed bounty hunters who entered his home to serve a bench warrant.

According to Howard, who was still alive when police and paramedics arrived, he woke up to hear what he believed to be an intruder breaking in his back door. Howard pulled out a .22-caliber pistol, and fired when two men barged into his bedroom. The two men returned fire, wounding Howard who later died from his injuries.

No charges have ever been filed against the bounty hunters, and it was later revealed that charges resulting in the bench warrant against Randy Howard—principally a DUI charge—were to be dropped due to a blood test that revealed Howard was not drunk at the time of his arrest. Only a charge for driving with a revoked license was to stand. 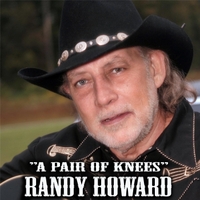 In the months before his death, Randy Howard was working on a Gospel record named A Pair Of Knees after one of his original Gospel compositions. As even Randy Howard’s closest friends will admit, “he was no saint.” Randy’s career was best known for penning country songs with salty language, and for railing against the Music Row establishment. There was a lot of humor in Randy’s approach to country, but like so many musicians over the years, the demons Randy struggled with in life were real, and he leaned on the strength of Gospel music to help overcome his personal struggles.

It’s no coincidence that nearly every time Hank Williams went into the studio, he insisted on cutting a song under his Gospel pseudonym Luke The Drifter. Johnny Cash insisted that a certain percentage of his recorded music was Gospel tunes. Even more contemporary artists from James Hand, Randy Travis, and Wade Bowen have taken the time recently to record Gospel projects. As one of the very basic building blocks of country music, there was a time when performing Gospel was a rite of passage, and still to this day the church is where many country music artists are first encouraged to sing or perform for others.

Randy Howard’s A Pair of Knees was recorded at Muscadine Studios in Macon, GA, and finds Howard reprising well-loved Gospel songs like Billy Joe Shaver’s “I’m Gonna Live Forever,” Kris Kristofferson’s “Why Me Lord?” and T. Graham Brown’s “Water Into Wine.” But it’s anchored by Howard’s own original compositions such as the wit-filled “Hallelujah Hotel,” and the wistful and sweet “Wedding Prayer.” After Randy Howard’s death, close friends Tamera Brown, Tracy Parker, and piano player/producer Paul Hornsby did what they could to make sure A Pair of Knees was finished and released. It’s a true country Gospel record featuring tasteful, sparse arrangements of fiddle, mandolin, bass, and backup acoustic guitar.

In this era of acrid opinions and judgemental mindsets that too often look down at the religious, what is often overlooked is the role that faith and Gospel music can play for some to help give them the strength to persevere over personal issues and hardship. It’s a shame that at a time when Randy Howard was renewing his faith through Gospel music that his life was taken from him in a senseless act over an incidental issue. But it’s also fortunate that his final breaths in music were captured in moments of faith and servitude before he passed on.

Purchase A Pair of Knees from CD Baby