Country Music’s Next Bad Trend: Songs About Being Country 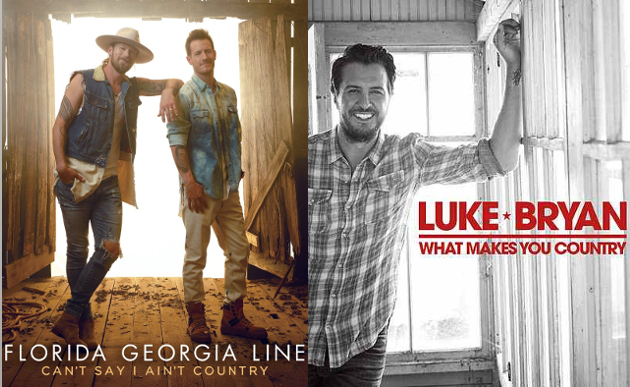 We knew something was amiss when Luke Bryan named his most recent album What Makes You Country. It seemed to be a preemptive strike to the criticism that Luke Bryan and artists like him often face for not being country music at all, but some version of Southern pop. In the monkey see, monkey do echo chamber that is Music Row in Nashville, this was the genesis point to what has become the latest alarming trend in country music, which is songs from performers braying on and on about how country they are, perhaps in an effort to push back against all the criticism of not being country enough … in songs that still struggle to actually sound country.

It happens to be that the title track from Luke Bryan’s What Makes You Country is the single from the album that is climbing the charts as we speak, and just as copycats are beginning to come in hard and heavy. We all got a good chuckle when Florida Georgia Line recently announced the name of their new album coming in February called Can’t Say I Ain’t Country. Whether the title track from the album will be released to radio or not is yet to be determined. But if it ends up being a true country song, it will be the first from the duo. Country music’s most notorious act is out there professing the new album will be their most country yet, yet that’s not a very hard bar to meet, and their current single “Talk You Out Of It” is just about the antithesis of country music.

But it’s not a song about how country they are at least, like Easton Corbin’s brand new single “Somebody’s Gotta Be Country.” “I still chew a little Red Man, hit the lake and cast a line,” the song starts off, and goes on from there to list off one country qualifier after another, and name drop Alan Jackson. It’s very similar to Chris Young’s latest single “Raised on Country,” which basically does the same thing. “Got a little southern drawl in my talk, little pickup truck on my highway,” the song says before naming off Merle, Willie, and George Strait.

These two songs released within weeks of each other have other things in common, including that they come from two of mainstream country’s most notorious trend chasers. Both Chris Young and Easton Corbin started off with very promising careers where they both were considered more traditional than most in the mainstream. But then when Bro-Country arrived and later Sam Hunt, all of a sudden the steel guitar and fiddle virtually evaporated from their music, and they were reinventing themselves and vacillating towards whatever the top trends were hot on the radio at the time.

The other two commonalities between Chris Young’s “Raised on Country” and Easton Corbin’s “Somebody’s Gotta Be Country” is both songs drop into immediately-recognizable drum machine beats right as they enter the first chorus. As YouTube commentator Grady Smith recently pointed out in a video that has now received over 2 million views due to the spreading dissent about the direction of country, this automated rhythm tendency is the most acrid and pernicious trend in mainstream country music at the moment.

If you ask someone what makes a country song, you are likely to receive a myriad of responses, from talk of traditional instrumentation like banjo and steel guitar, to the importance of songwriting and storytelling. But one thing that should be universally-recognized as a signifier that something is not country is the presence of a snap track, a click track, or a drum machine beat. You can blather on as much as you want about how country you are, but if there isn’t a human behind a drum set keeping the rhythm, the sentiment comes across as insincere.

But let’s be honest, whether it’s Luke Bryan’s “What Makes You Country,” Chris Young’s “Raised On Country,” or Easton Corbin’s “Somebody’s Gotta Be Country,” it’s still probably more country than the Metro-Bro stylings of Kane Brown, Sam Hunt, Walker Hayes, or some of Florida Georgia Line’s worst offenses. It’s also fair to point out that songs about being country are definitely not anything new in country music; not by a long shot.

Easton Corbin’s first ever single, and first ever #1 was 2009’s “A Little More Country Than That.” This is one of the songs that had traditional-leaning fans singing his praises. Unlike Corbin’s new single, the fiddle and steel guitar in “A Little More Country Than That” were prevalent, and instead of just being about how country he was, the song was built as an affirmation to a love interest about who he is, and how he can be trusted.

But the Bro-Country era has left the ears of the country music consumer so tired of list-style country songs and barrages of countrified affirmations, they’ve taken away a lot of the magic that a classic country song like Hank Williams Jr.’s “Country Boy Can Survive” captured, for example. Quality, not quantity is how country songs about being country should be handled, but unfortunately we seem to be headed into an onslaught of these offerings and their drum machine and derivative underpinnings.

You shouldn’t have to tell anybody how country you are. It should be patently obvious in the first few bars of a song that an artist or song is country. Unfortunately though, with the loss of country instrumentation, the pervasiveness of electronic beats, and the bad trend where a given radio station you’ve landed upon probably sounds the same as all of the others, performers feel the need to explain how they’re country, instead of telling a story, conveying an idea, or otherwise connecting deeply with a listener, country or otherwise.