Countrypolitan Emerges As a Growing Influence in 2018 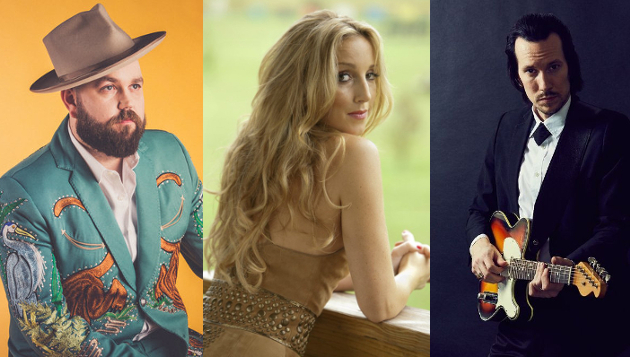 Producers Chet Atkins and Billy Sherrill may be long gone, but the sound imprint they left on country music is still alive and well, at least when considering some upcoming projects in 2018. “Countrypolitan” or “The Nashville Sound” are the terms used to describe the lush, orchestral approach to country music that took root in Nashville in the 60’s, which embellished the music with strings and chorus sections to make it appeal to a more distinguishing audience of the time. It was Music Row’s answer to the counterculture revolution that was raging in the rest of the United States. The idea was if country music could no longer capture the young audience with older sounds, then they could appeal to the “silent majority” with big production crafted for a more refined ear.

If you want an audio example of the Countrypolitan sound, you could go back and listen to some of the classics from Tammy Wynette or Conway Twitty, or even early Willie Nelson and David Allan Coe. Or you could listen to the latest song from country music revivalist Joshua Hedley called “I Never (Shed A Tear)” from his upcoming album Mr. Jukebox out April 20th (hear it below). All the elements of a classic country song are there, the heartbreaking story, the steel guitar, etc., and so is a chorus of backup singers echoing the hook of the song, just like was often heard in the 60’s.

Joshua Hedley’s new album isn’t being released by some obscure label that looks to shed light on a long-forgotten country music art form, it’s being released by the ultra hip Third Man Records owned by Jack White. Joshua Hedley isn’t just taking a preservationist approach to this record, this is the revival of a sound that once was the thriving, dominant influence up and down Nashville’s Music Row.

Hedley’s method is to use a billowy chorus to re-awaken those old classic influences in country, but for others it’s the string sections that were most indicative of the era. Ashley Monroe’s latest song “Paying Attention” from her upcoming record Sparrow also out April 20th includes a grand string arrangement similar to many Countrypolitan classics. Again, this is not an obscure track from an unknown artist. This is a member of the Pistol Annies on a major label making use of a style that was most popular 60 years ago.

In fact the word out of the Ashley Monroe camp is most all the songs on Sparrow will be built out from the Countrypolitan influence with lots of string arrangements. This would only be appropriate since the room the album was recorded in—Nashville’s historic Studio ‘A’—is a cavernous studio that was built during the Countrypolitan era very specifically to facilitate the recording of large string sections, sprawling chorus groups, and to make these performances soar via the natural acoustics of the studio’s tall ceiling. Studio ‘A’ is now producer Dave Cobb’s base of operations. He worked with Ashley Monroe on Sparrow, as he has a who’s who of the independent country ranks over the last few years.

But it doesn’t solely have to be string sections or sweeping chorus lines that are indicative of the Countrypolitan sound. Though these are the most obvious markers, the influence of that era has been captured in more subtle ways in a number of recent recorded projects, including Zephania Ohora’s This Highway album from 2017, which found itself in consideration for many top awards from the independent ranks in 2017. This more genteel approach to classic country music offered contrast between the chest-pounding Outlaw influence, or the 80’s honky tonk style, to find a favorable audience for such a by gone sound. Certain elements of this sound are also why the throwback trio Midland is finding such wide reception among listeners spanning from the independent to the mainstream.

Ironically, the entire Outlaw era in country music that came right after Countrypolitan was predicated upon rebelling against the heavy-handed, overproduction of the time, while during the Countrypolitan era itself, “The Bakersfield Sound” out in California was offering listeners an alternative sound more built off the Telecaster twang.

But from the beginning, country music has always been about preserving its own past. As maligned and outmoded as the Countrypolitan projects of the 60’s might have been to the freewheeling Outlaws of the 70’s, the songs, the style, the singers and the work of the session players has withstood the test of time, and awakens something very real in the heart of the listener—a nostalgia, and a recollection of a simpler time that cannot be replaced with other sonic approaches to country. However overproduced Countrypolitan was at the time, it still captured the essence of the sorrow, the struggle, and the unique perspective of a time and place, and offers a better envelopment for human emotion than the drum machines and synthesizers of today’s country production.

Is there an element of “hipsterism” in this revival of the Countrypolitan sound? Of course there is. But isn’t it better that this important era in country music remain alive in the hearts of younger performers, and in the ears of thirsty listeners than be thrown onto the garbage piles of the “Nobody cares about grandpa’s music anymore” crowd that almost presided over the complete eradication of the memorabilia and efforts of the Countrypolitan artists and players as everything in country music became so commercialized in the late 80’s and early 90’s.

Just as bluegrass, Outlaw, Western Swing, the 50’s era, and every other major influence in country music deserves to be preserved for future generations, so does Countrypolitan. Because country music has always been about preserving the past to influence the future. And luckily, there are artists still willing to weave the magic of strings, choruses, and hints of a more genteel time into their version of country for today’s listeners and future generations to enjoy.